Expanding the reach of the bionic leaf 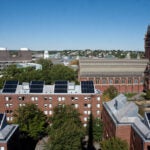 With eye on population growth, postdoc teams with Silver, Nocera on project to aid agriculture in developing world

As the global population rises toward 10 billion, the planet is headed for a food shortage, with some estimates saying supply will have to double by 2050 to meet demand.

The continued advance of agricultural technology — genetic modification along with new crop varieties and land-management techniques — will cover some of the increased demand. But such technologies will require a dramatic increase in the production of agricultural fertilizers, an energy-intensive process fed by fossil fuels and reliant on a robust manufacturing infrastructure: factories connected to rail and road networks for distribution.

The problem with this scenario is that much of the demand will be in the developing world, often in regions that lack both the factories and the distribution networks for agricultural chemicals.

In response, Harvard scientists are asking: What if soil could enrich itself, through microbes that boost crop yields? And what if those microbes were themselves grown sustainably, in compact, sunlight-fueled bioreactors?

The bionic leaf is an outgrowth of Nocera’s artificial leaf, which efficiently splits water into hydrogen and oxygen gas by pairing silicon — the material that makes up solar panels — with catalyst coatings. The hydrogen gas can be stored on site and used to drive fuel cells, providing a way to store and use power that originates from the sun.

After developing the artificial leaf, Nocera, the Patterson Rockwood Professor of Energy in the Department of Chemistry and Chemical Biology, teamed up with Silver, the Elliott T. and Onie H. Adams Professor of Biochemistry and Systems Biology at Harvard Medical School, to explore new uses for the technology. Merging the artificial leaf with genetically engineered bacteria that eats hydrogen gas, the pair produced the “bionic leaf,” which creates liquid fuels such as isobutanol.

Sakimoto’s research, conducted with Nocera, Silver, postdoctoral fellow Chong Liu, and doctoral student Brendan Colon, was described in the Proceedings of the National Academy of Sciences in June. The team’s method involves the soil bacterium Xanthobacter autotrophicus consuming hydrogen generated by the bionic leaf’s water-splitting reaction and taking nitrogen from the atmosphere to produce ammonia and phosphorous, both powerful fertilizers.

Sakimoto’s work “has taken the bionic leaf to a new level,” Silver said. “Kelsey has a keen eye for high-impact projects and has certainly achieved an important piece of work here.”

There are two ways to apply the new system. The first is to simply let the bacteria feed and reproduce, which leads to a bacteria-laden yellowish liquid that can be sprayed onto fields. In greenhouse experiments at the Arnold Arboretum, radishes grown with X. autotrophicus fertilizer ended up more than double the size of control radishes grown without added fertilizer.

The other method is to add a compound that causes the bacteria to secrete ammonia directly, which can then be used in a fashion similar to mainstream chemical fertilizers.

Sakimoto, whose research was funded in part by a grant from the Campus Sustainability Innovation Fund, which supports work to pilot or prove sustainability research on campus, said that the initial use for the project — which is being scaled up by chemical-engineering collaborators in India — would be to provide fertilizer for small farms and remote rural communities without the need for a large, centralized infrastructure.

In time, he said, the ability to generate ammonia directly may appeal to agricultural chemical companies as an improvement on the predominant method, known as the Haber-Bosch process, which was developed by two German chemists in the early 20th century as a way to convert atmospheric nitrogen into ammonia. The process relies heavily on fossil-based energy, as much as much as 1 percent of global production. 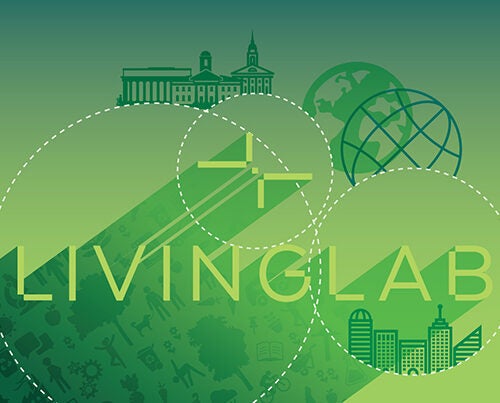 First round of grants from Campus Sustainability Innovative Fund awarded 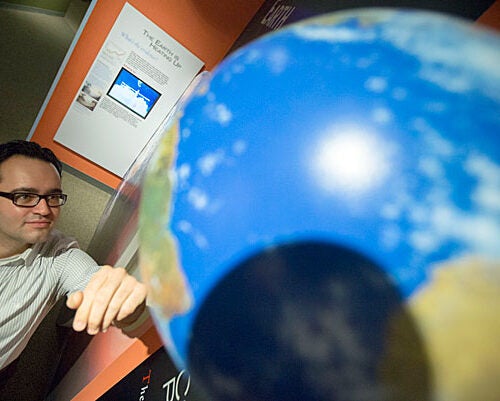 “The thing I’m most elated about in the research is: We did what we do in the developed world with massive infrastructure, only without the need for infrastructure,” Nocera said. “You can use just sunlight, air, and water, and you can do it in your backyard. You can take care of the world’s growing food demand [with conventional technology] — all you have to do is build more large Haber-Bosch plants. And you have to build railroads and entire distribution systems. And that’s not going to get to the poor in the developing world, where most of the population growth is coming from.”

Sakimoto, in the second year of his two-year Ziff Environmental Fellowship, is now exploring how to make the system more robust under real-world conditions, such as how using wastewater and other naturally occurring water sources in the bioreactor affects its performance.

“We tried to do as much due diligence as we can to make a useful product,” Sakimoto said. “We are more or less done on the [discovery] side now, and looking at the political and practical side of how you bring a new technology into the world.”