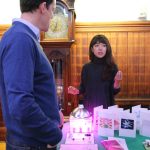 The days of drilling into the ground in the search for fuel may be numbered, because if Daniel Nocera has his way, it’ll just be a matter of looking for sunny skies.

Nocera, the Patterson Rockwood Professor of Energy at Harvard University, and Pamela Silver, the Elliott T. and Onie H. Adams Professor of Biochemistry and Systems Biology at Harvard Medical School, have co-created a system that uses solar energy to split water molecules and hydrogen-eating bacteria to produce liquid fuels.

The paper, whose lead authors include postdoctoral fellow Chong Liu and graduate student Brendan Colón, is described in a June 3 paper published in Science.

While the study shows the system can be used to generate usable fuels, its potential doesn’t end there, said Silver, who is also a founding core member of the Wyss Institute at Harvard University.

A cross-disciplinary team at Harvard University has created a system that uses solar energy to split water molecules and hydrogen-eating bacteria to produce liquid fuels. The system can convert solar energy to biomass with 10 percent efficiency, far above the one percent seen in the fastest-growing plants.

“The beauty of biology is it’s the world’s greatest chemist — biology can do chemistry we can’t do easily,” she said. “In principle, we have a platform that can make any downstream carbon-based molecule. So this has the potential to be incredibly versatile.”

Dubbed “bionic leaf 2.0,” the new system builds on previous work by Nocera, Silver, and others, which — though it was capable of using solar energy to make isopropanol — faced a number of challenges. Chief among those, Nocera said, was the fact that the catalyst used to produce hydrogen — a nickel-molybdenum-zinc alloy — also created reactive oxygen species, molecules that attacked and destroyed the bacteria’s DNA. To avoid that, researchers were forced to run the system at abnormally high voltages, resulting in reduced efficiency.

“For this paper, we designed a new cobalt-phosphorous alloy catalyst, which we showed does not make reactive oxygen species,” Nocera said. “That allowed us to lower the voltage, and that led to a dramatic increase in efficiency.”

The system can now convert solar energy to biomass with 10 percent efficiency, Nocera said, far above the 1 percent seen in the fastest-growing plants. 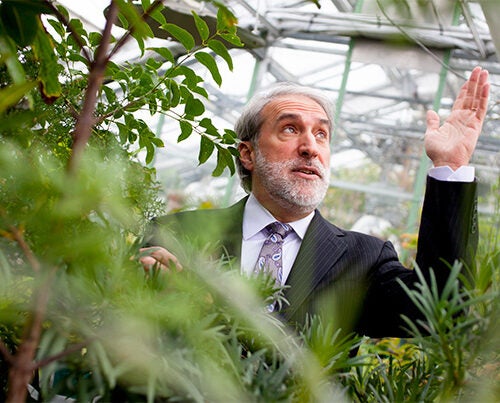 In addition to increasing the efficiency, Nocera and colleagues were able to expand the portfolio of the system to include isobutanol and isopentanol. Researchers also used the system to create PHB, a bio-plastic precursor, a process first demonstrated by Professor Anthony Sinskey of MIT.

The new catalyst also came with another advantage — its chemical design allows it to “self-heal,” meaning it wouldn’t leach material into solution.

“This is the genius of Dan,” Silver said. “These catalysts are totally biologically compatible.”

Though there may yet be room for additional increases in efficiency, Nocera said the system is already effective enough to consider possible commercial applications, but within a different model for technology translation.

“It’s an important discovery — it says we can do better than photosynthesis,” Nocera said. “But I also want to bring this technology to the developing world as well.”

Working in conjunction with the First 100 Watts program at Harvard, which helped fund the research, Nocera hopes to continue developing the technology and its applications in nations like India with the help of their scientists.

In many ways, Nocera said, the new system marks the fulfillment of the promise of his “artificial leaf,” which used solar power to split water and make hydrogen fuel.

“If you think about it, photosynthesis is amazing,” he said. “It takes sunlight, water, and air — and then look at a tree. That’s exactly what we did, but we do it significantly better, because we turn all that energy into a fuel.”

This work was supported by the Office of Naval Research, Air Force Office of Scientific Research, and the Wyss Institute for Biologically Inspired Engineering. The Harvard University Climate Change Solutions Fund is supporting ongoing research into the bionic leaf platform.