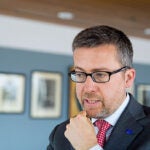 Advice for scientists: ‘Be vocal’

To aid the former, Naomi Klein says, government and business would have to change the latter, and likely won’t

When it comes to acting on climate change, there are two choices, author and activist Naomi Klein told a full house at First Parish Church in Cambridge Wednesday, “We can give up — wait for the apocalypse. That’s one option. The other option is to stand up in a truly unprecedented way.”

The 45-minute talk, sponsored by the Canada Program at the Weatherhead Center for International Affairs, referenced her 2014 book “This Changes Everything: Capitalism vs. The Climate.” Her talk was followed by a brief discussion with Weatherhead Center Director Michèle Lamont and Ajantha Subramanian, professor of anthropology.

Klein, known for best-selling books that expose the social and structural problems linked to capitalism (“No Logo,” “The Shock Doctrine”), covered familiar territory of warming trends and the ambitious targets for global warming reduction. She highlighted one visible example of destruction: the Great Barrier Reef in Australia, which has lost a quarter of its coral due to a rise in ocean temperature.

One statistic she returned to was the Paris Agreement’s mandate to limit global temperature increases to 1.5–2 degrees Celsius. This target translates into cutting emissions in Western countries by 10 percent a year, a process that Klein and many others believe would prove antithetical to a global free market.

“If you look at the pillars of neoliberalism — privatization, deregulation, cutting public programs to pay for tax cuts — what you see is that it’s impossible to reconcile climate action with that worldview.”

Therefore, those concerned about climate change need to transform the building blocks of the economy, she explained, and this cannot be achieved through small remedies such as carbon taxes, an approach she calls marginal. 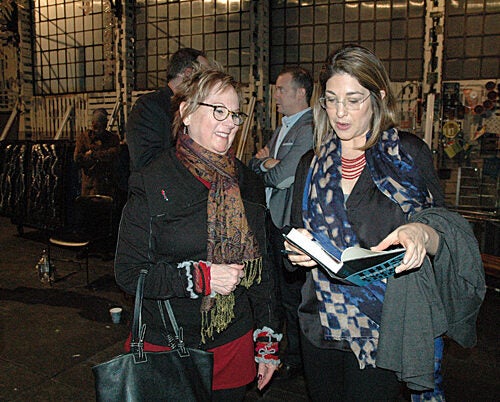 “Climate change is the essence of a collective crisis,” she stated.  “We need collective action and massive investments in the public sphere.”

One way to do this, she offered, would be by breaking down silos between interest groups and uniting disparate movements, for example labor with science, to help create decent jobs in an economy that could be transformed by a robust renewable energy market.

To have any chance of reaching the Paris Accord goals, she said, the United States would have to have a moratorium on fossil fuel projects. “The fossil fuel frontier is closed,” she said, even as she sees a troubling sign in the apparent “merging of the oil and gas industries with the Trump White House.”

A few hours before her public talk, Klein met with a group of students from the Graduate School of Design for an informal Q&A session. There, Klein leveled criticisms against President Trump’s positions on the climate in her characteristic colorful, pointed style.

“He embodies the extractivist mindset so perfectly,” she said. “He thinks he can grab anything, women, oil, land. The way he sees any relationship is for maximum extraction … the opposite of any kind of reciprocity or interconnection.”

As an antidote to the grim picture of climate politics, Klein reminded the audience at First Parish of the many domains where activism can continue and likely would be most effective: states, cities, schools, and universities.

“We can design a response to the climate change that is better than the present.”