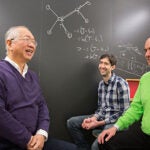 The facts, unfortunately, don’t speak for themselves.

That’s why scientists have to speak out, according to Naomi Oreskes, a Harvard history of science professor who has taken a close look at the causes and effects of climate change denial.

Oreskes, co-author, with Erik Conway, of the 2010 book “Merchants of Doubt,” said that many climate scientists today are loath to speak out on the issue, instead saying that their role ends with gathering and presenting the facts. They worry that being viewed as an advocate or activist will damage scientific credibility.

In a talk Wednesday at the Science Center, Oreskes offered historical examples, from Albert Einstein’s advocacy for nuclear arms control to Sherwood Rowland’s clamoring for action to stop the ozone hole, of scientists who called attention to a threat poorly understood by the public without sacrificing their scientific integrity.

Climate science, Oreskes said, needs more knowledgeable people explaining potential effects, so that citizens better understand that it’s a crisis affecting them and their communities, not just distant glaciers and polar bears. Despite having given hundreds of talks on the issue, Oreskes is not confident that enough people understand just how serious uncontrolled climate change would be.

There are times, Oreskes said, that a scientist must serve as a “sentinel” — someone who knows about a threat before the public and policymakers, and acts to alert society to that danger. In recent history there have been many examples, she pointed out, ranging from ozone and nuclear weapons to secondhand smoke and acid rain.

In the case of nuclear weapons, despite broad appreciation that nuclear bombs were hugely destructive, most of the world — even President Harry Truman, who said the U.S. would win any nuclear arms race — didn’t understand that the scale of destruction potentially threatened the planet, she noted.

Similarly, in the 1970s, when Rowland realized that chlorofluorocarbons used in spray cans and refrigeration were harming the ozone that protected the planet from cancer-causing radiation, he spoke out and worked toward a ban, enacted in an international treaty, the Montreal Protocol of 1987. 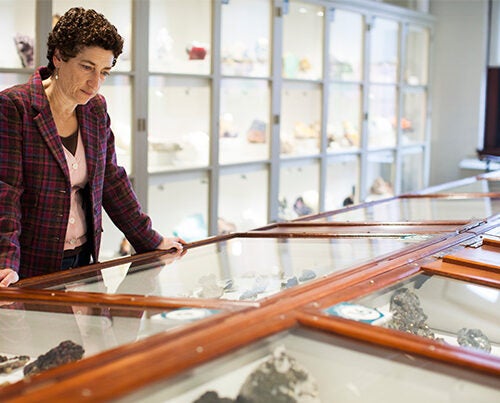 “They were acting as sentinels, calling attention to issues not yet publicly recognized,” Oreskes said.

Setting limits around expertise is important, Oreskes said. In climate, she said, that means explaining the science behind the issue, talking about the potential impacts, and noting the need for action. She warned against stepping beyond expertise to a field where one has little experience — for an atmospheric scientist, for example, to push a carbon tax over emissions trading as a way to curb CO2 emissions, a choice better left to policy experts.

In her talk, sponsored by the Physics Department and hosted by Professor Melissa Franklin, Oreskes noted where the history of climate study offers examples of scientists serving as sentinels, including Roger Revelle, who wrote a 1965 report calling attention to carbon dioxide emissions’ potential to cause a greenhouse effect that would warm the planet. The report, Oreskes said, was well-received by government officials at the time and proved prescient, predicting that if nothing was done, atmospheric carbon dioxide could rise 25 percent by 2000, a level at which climate effects would be visible.

Part of the reason facts can’t be left to speak for themselves, Oreskes said, is that facts have enemies. There have been repeated backlashes when scientific insights demand government action, and those backlashes often include attempts to discredit the facts, she said.

Drawing on “Merchants of Doubt,” Oreskes made a case for the limits of fact-based arguments in the face of climate change denial.

Denial, she said, isn’t about science but about individualism, skepticism of government power, the self-interest of those in affected industries, and conceptions of freedom. For those moved by those concerns, climate change is just the latest in a series of scientific problems leading to greater government intrusion. Disputing climate facts has roots in fear, Oreskes said — not of climate, but of higher taxes, bigger government, and lost freedoms.

That’s why fighting on the facts is not enough, she said. Deploying a value-based argument — such as the values of fairness, of responsibility, of protecting health — is crucial.

“Lots of people are willing to speak against the facts,” she said. “Someone has to speak for the facts. That someone is us.”