Hitting the books after hitting a wall 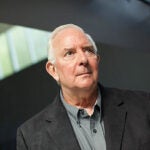 No rest for the witty

Miguel Garcia ’17 returns from mental health struggle with new perspective on life, literature, and his future

Miguel Garcia is a student again, back on campus to complete his degree after a bipolar diagnosis changed the course of his education and life.

“It’s been a challenge,” said Garcia ’17, a history and literature concentrator in American Studies. “I never thought I’d be back. But I don’t think any of those experiences have been in vain.”

Garcia’s grit and resilience took shape in Detroit, where he grew up the son of Mexican immigrants. Neither his mom, who works in an industrial laundromat, nor his dad, a housekeeper at a casino, speaks English. Garcia was the first in his family to graduate high school. 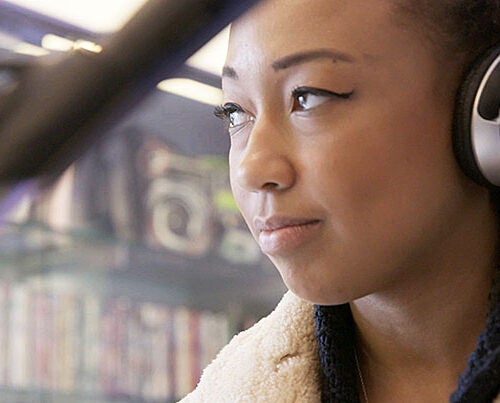 “I was initially rejected at Cass Technical High School because my test scores were pretty low, but I asked for another shot, and a guidance counselor said, ‘If you go to summer school here and get all A’s, I’ll let you in,’” he recalled. “I graduated as valedictorian.”

His arrival at Harvard in 2010 was a bit of a culture shock. “I had never had a white friend before I came to Harvard,” he said. “Outside this campus we may have not have been friends, but Harvard makes a community where we all interact and share ideas.”

He served on former College Dean Evelyn Hammond’s working group on BGLTQ Life to establish Harvard’s first such center, and co-founded Shade, a student organization for LGBTQ people of color. His studies were going according to plan.

But then, in the fall of his junior year, his life took a turn into adversity. After a bipolar episode, Garcia left campus, returning home to Michigan to focus on his recovery.

“I struggled to get medication right,” he said. “For about a year and a half, I did not leave the house. My older sister, Dolores, is a nurse, and she took care of me.”

In time, he improved, eating better, exercising, and eventually finding work — first as an English teacher in a middle school near Detroit, then, inside the city lines, as a peer support specialist helping clients navigate the mental health system at Adult Well-Being Services.

“It’s been my favorite job and I’ve been working since I was 14,” he said. “I can make a difference in someone’s life to someone who is going through something similar.”

When he returned to Harvard last fall, after four years away, Garcia felt determined to finish his degree, but in tough moments found himself “afraid of failing again.” With his friends having graduated and moved on, he worried about making new ones. Happily, he quickly found support from many students and faculty, including Lorgia García Peña, an assistant professor of romance languages and literatures and of history and literature.

In his humanities studies he also found meaning to help explain parts of his own narrative.

“Both the study of history and literature deal with the nuances of the human experience — the beautiful, the brutal, and the mundane,” said Garcia, who is studying for the GREs and has plans for graduate school to get dual master’s degrees in public health and social work. “Having a foundation in liberal studies is really helpful when talking about challenges in modern society. I wouldn’t have had that if I had gone straight into the mental health field.”

Peña, whom Garcia also credits with easing his transition back to Harvard, described her student as “incredibly engaged.” She recalled specifically his sharp observations while reading Arlene Davila’s “Latinos Inc.: The Marketing and the Making of a People” in her course “Performing Latinidad.”

“He looked at the board where I had scribbled some concepts, then back at me, finally raising his hand, not with a question but with a critical observation about the role of the media in shaping cultural perceptions of Latinos in the U.S.,” she said. “It stayed with me, the seriousness with which he approached both the text and the question I had scribbled. I am most impressed about Miguel’s commitment to social justice — his passion about what is right and the fact that he takes actions to make his community better.”

Garcia, who was recently honored with the 2016 Life Unlimited Award from the Depression and Bipolar Support Alliance, said his battle with mental illness has allowed him to see his scholarship in a new light.

“Before I was taking courses to put on my resume,” he said. “Now I’m thinking about how they can help me combat mental health stigma and help people access competent health care.”