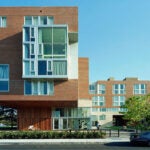 The award ceremony, presented by the Office for the Arts at Harvard and the Board of Overseers in association with the American Repertory Theater, will include a discussion with Lithgow moderated by Faust. The event, to be held at 4 p.m. in the Loeb Drama Center, 64 Brattle St., will be the official opening event for Arts First, Harvard’s annual festival showcasing student creativity in the arts. This year is Arts First’s 25th anniversary.

The medal honors a distinguished Harvard or Radcliffe graduate or faculty member who has achieved excellence in the arts and through it made a contribution to education or the public good.

“John Lithgow is an extraordinary actor who has enriched and entertained the world with unforgettable stage and screen performances,” said Harvard President Drew Faust, “We owe the launch of Arts First — this year celebrating its 25th anniversary — to his unfailing efforts and his lifelong belief in the abundance and power of our creative community. He has shaped the experiences of countless people at Harvard and beyond, and it will be an honor to present him with this year’s Harvard Arts Medal.” 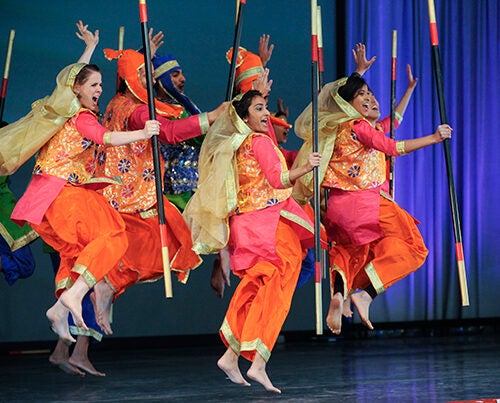 Born in Rochester, N.Y., Lithgow was raised in a theater family. His mother was a former actress, his father a producer and director who ran the McCarter Theatre in Princeton, N.J.

Lithgow has amassed numerous credits and won accolades from critics and audiences worldwide. His performance as Roberta Muldoon in the film adaptation of John Irving’s novel “The World According to Garp” garnered an Academy Award nomination and earned him best supporting actor nods from the Los Angeles Film Critics Association and the New York Film Critics Circle.

For his stage work Lithgow won the 1973 Tony Award for best featured actor in David Storey’s “The Changing Room.”

Beginning in 1996 Lithgow conquered television playing the extraterrestrial Dr. Dick Solomon in the NBC sitcom “3rd Rock from the Sun,” for which he won two Screen Actors Guild Awards and a Golden Globe. His most recent role is in the acclaimed Netflix series “The Crown,” for which he won the 2016 Critics Choice Television Award as best supporting actor in a drama series for his portrayal of Winston Churchill.

Lithgow is also the author of several children’s books, including “Mahalia Mouse Goes to College,” published in 2007 by Simon & Shuster. “Farkle & Friends,” a series of children’s concerts that he continues to perform around the country, is a CD of the same name released by Rhino Records in 2002, and other recordings for children have earned Lithgow four Grammy Award nominations. His memoir “Drama: An Actor’s Education” was published by HarperCollins in 2011.

Admission to the award ceremony is free but tickets are required, and are available in person at the Harvard Box Office at Farkas Hall, 10 Holyoke St., Cambridge, or by calling 617-496-2222 or visiting www.boxoffice.harvard.edu (phone and online ticket orders are subject to service fees). Ticket distribution for Harvard affiliates (two per person with a valid ID) begins April 18; ticket distribution for the public (two per person) begins April 20. Some remaining tickets may be available at the door one hour prior to event start time.

Arts First, showcasing student and faculty creativity, will take place April 27-30. Sponsored by Harvard’s Board of Overseers and produced by the Office for the Arts at Harvard with partners across the University, this year’s edition will also feature a gala performance on the evening of April 28 celebrating the festival’s anniversary and the University’s growing arts landscape, as well as the all-day Performance Fair on April 29 showcasing more than 200 music, theater, dance, film, visual arts and multidisciplinary events at indoor and outdoor venues. All events are open to the public, most are free of charge. For more information, contact the Office for the Arts at Harvard at 617-495-8676, or visit www.ofa.fas.harvard.edu/arts.