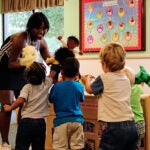 Despite sound and fury, voters have been mostly locked in for Trump or Clinton, analyst says

No, it’s not your imagination. Even political professionals agree that this presidential election has been remarkable only in how truly stomach-churning it is.

“What has surprised me most about this election is how much it has been a race to the bottom,” veteran public opinion analyst Peter D. Hart told students and faculty Wednesday. Early on, “this election year had all the earmarks of an election that would not only help to usher in a new era, but would also provide a tremendous insight into where and how the Republican Party would be positioned for the future. And what we’ve ended up with is anything but that.”

Yet despite the perception that Donald Trump and Hillary Clinton have been locked in a seesaw-like race, he said that polling going back to October 2015 suggests otherwise. When asked to blindly pick whose words best reflected their sentiments about the stakes in this election, people across all demographic groups overwhelmingly said they agreed with the Trump argument for major change, said Hart, whose firm, Hart Research Associates, conducts the NBC/Wall Street Journal poll.

“Trump had the better hand to play in this election; there is no doubt about it,” Hart said during a talk at the Shorenstein Center on Media, Politics and Public Policy at Harvard Kennedy School (HKS), where he was a 2013 visiting fellow. “Every election is either [about] continuity or change. He was the change candidate. It was a change election. But his personality, his manner, his style all cost him.” 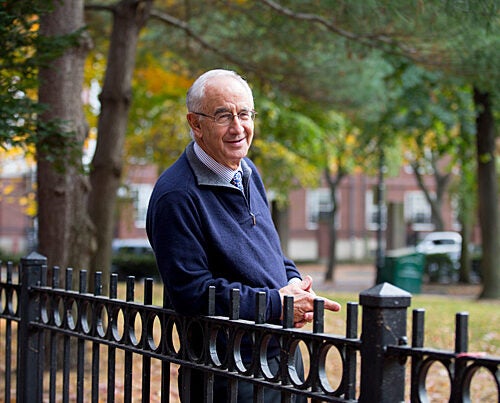 Meanwhile, despite email controversies and arguments over Benghazi security, the public’s feelings toward a possible Clinton presidency has held fast at 43 percent positive and 55 percent negative since last October.

“You go all the way back to cattle futures and Whitewater. There’s always something in every period that comes up,” said Hart, who has organized focus groups for Clinton in the past. “There’s always been a suspicion, an uncomfortable feeling that she’s not aboveboard,” or that she’s playing “just barely inside the lines.”

“That’s going to be a huge challenge” if she is elected.

With so many people feeling disgusted by the negative tone of this election and unenthusiastic about either Clinton or Trump, making sure voters show up on Nov. 8 will be a bigger challenge for both parties than usual, he said.

Hart predicted that President Barack Obama and first lady Michelle Obama will be the “heroes” of this election, “both in terms of a moral message, but also in terms of inspiring a group of people who have to get to the polls” — African-Americans, who are projected to turn out at far lower rates than in the last three elections, which Hart sees as a huge danger for Clinton.

With millennials, now that the threat of huge numbers of disaffected Bernie Sanders voters moving to the Libertarian Party ticket seems to have passed, Hart says the open question is: Can Clinton prompt enough of those voters to go to the polls to win. “There was zero chance they were voting” for Trump.

A Democratic takeover of the U.S. House is technically possible but unlikely, Hart said, given that such a shift would require Clinton to defeat Trump by at least 10 points or more. Much more realistic, he says, is the Democrats gaining a majority in the U.S. Senate. Of the 11 state races widely deemed up for grabs, eight are in states where Clinton is leading in the polls. Trump is up in Ohio and Arizona, where Republicans have two seats with the best chance of holding.

While polling shows Republican candidates still ahead in most of these races, that lead is going to shrink because of the party’s turnout problems and because recent disavowals by candidates following Trump’s remarks in the 2005 “Access Hollywood” video will only alienate the base, not bring in moderates.

That’s going to cost incumbent U.S. Sen. Kelly Ayotte of New Hampshire (“not gonna happen for her,” Hart predicted), and will most likely deliver victories for the Democrats in Missouri and North Carolina.

“I’m telling you, they are holding an ice cream cone outside when it’s 95 degrees and high humidity: This is going to melt,” said Hart. “They don’t know it.”