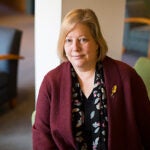 The New Hampshire primary, long considered the official kickoff of the presidential campaign season, is still more than a year away. But after former Massachusetts Gov. Mitt Romney’s surprise announcement last week that he would not seek the Republican nomination again sent his would-be rivals and the media into a scramble, it’s clear that the “invisible primary,” the behind-the-scenes jockeying for key donors and advisers before a run, is well underway.

Just don’t put much stock in polling that purports to predict the Republican and Democratic parties’ nominees or who will win the election in 2016.

“The polls have no value,” said Peter D. Hart, a leading public-opinion analyst and chairman of Hart Research Associates, which conducts the NBC/Wall Street Journal poll. Incremental movements in favor of one candidate over another, especially in a large primary field, don’t tell much about what voters will do on that faraway Election Day.

“It’s really the shiny object that they’re going for. We all remember the hour and a half that Herman Cain was going to be our next president,” Hart joked Tuesday during a talk at the Shorenstein Center on Media, Politics, and Public Policy at Harvard Kennedy School.

But it’s not too early to gauge how potential voters are feeling or assess how the likely candidates on both sides might fare. Last month, Hart conducted a news-making focus group in Aurora, Colo., to get a read on the country’s mood on the issues that may factor into the 2016 election, and the candidates who will have to address them.

“What’s striking at this stage [is that] anger appears much closer to surface than in the past,” said Hart, who teaches at the Annenberg Public Policy Center at the University of Pennsylvania.

Creating jobs, defeating the Islamic State, and reducing the deficit were the top priorities for Republicans and independents, while Democrats said reducing economic inequality was more critical than the deficit, his study said.

“One of the things that emerged out of this is just how much Americans hate the government and hate Congress, particularly,” Hart said. There is “tremendous distrust, unhappiness,” and a belief that Washington doesn’t know or care about the economic struggles of ordinary citizens. “It bothers people, it frustrates them, it just makes them feel very, very uncertain,” he said.

Another surprising finding, Hart said, was the strong, even bipartisan interest in U.S. Sen. Elizabeth Warren from Massachusetts. The former Harvard Law School professor, a progressive Democrat, has repeatedly said she isn’t running for president. But those interviewed said she best understood their outrage over a Washington that seems to work mostly for the wealthy.

“Elizabeth Warren is perfect on one issue for an awful lot of Americans,” he said. But whether voters would see her as perfect on a host of other issues, such as foreign policy, or in the role of commander in chief is another matter: “That I don’t know.”

If she ran, Hart said, Warren shows potential to be a galvanizing dark horse like Robert F. Kennedy Jr., “electric and different enough that you don’t know where it would go. Now, do I think she’d get in? No. But she has clearly hit a vein in much the same way as Robert Kennedy … hit in 1968.”

Asked by Shorenstein Center Director Alex Jones to handicap the field today, Hart said, “The betting odds would have to be Hillary Clinton and Jeb Bush, if you just had to pick at this stage. Would I bet? No.”

Given the historic pattern of midterm elections indicating which way voters are leaning during the sixth year of two-term presidencies, Hart gives Republicans the edge over Democrats in 2016.

Clinton, the presumptive Democratic nominee, has both pluses and minuses from her decades in the political arena. “Hillary’s campaign will be bigger than life, and everyone will have an opinion on that,” Hart said.

Former President Bill Clinton is unlikely to cast the same shadow over her campaign as he did in 2008. “You could say … eight years ago, her husband could be both an asset and a liability. At this state of the game, I think he’s 100 percent asset,” Hart said.

On the other hand, Jeb Bush has been out of the public eye for 12 years and has not yet separated himself from his brother, George W. Bush, or his father, George H.W. Bush, both former presidents.

“Jeb is not defined enough … A lot needs to be filled in,” Hart said. Working in Jeb Bush’s favor is that his 2016 strategy centers on a positive message about the country’s identity and future, not simply partisan score-settling or reopening old wounds. “It is a pretty smart way to talk to the American public,” Hart said. “It’s consensus versus confrontation.”