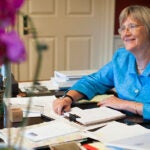 Louis Menand, the Anne T. and Robert M. Bass Professor of English, has been named a recipient of the National Humanities Medal, recognizing his literary and scholarly contributions to the study of cultural history.

President Obama will award the medal at a White House ceremony Sept. 22.

Menand, who won a Pulitzer Prize in 2002 for “The Metaphysical Club: A Study of Ideas in America,” was surprised when he got the call from the National Endowment for the Humanities (NEH). “It’s not something I ever imagined I would receive,” said the scholar and New Yorker staff writer, sharing his initial response: “Did you get the wrong person?”

Menand’s “influential works of intellectual and cultural history probe the power of ideas from one era to the next as they ripple across politics and culture,” reads the NEH citation. 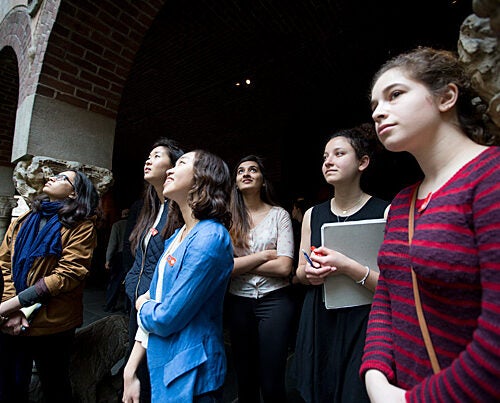 “The Metaphysical Club” traces the lives and work of leading pragmatists, including Oliver Wendell Holmes Jr., John Dewey, and William James. Menand, who joined the English faculty at Harvard in 2003, is also co-creator of Humanities 10, the reading- and writing-intensive course on classic texts (Plato, Homer, Shakespeare) that he calls “an important place to make things happen for the humanities.”

“It’s unbelievably rewarding. The works are infinitely teachable, and the students are very excited to talk about them. You’re never pushing a stone up a hill. It’s kind of hard not to teach it.”

In an e-mail, English Department chair James Simpson said Menand “operates at the highest levels across an astonishing range of scholarly and journalistic domains: as a scholar of ground-breaking books; as the scholar and guide of national debates about the humanities (e.g., ‘The Marketplace of Ideas,’ 2010); and as an acute and ever-illuminating commentator on culture broadly understood in his regular New Yorker pieces. All his writing is characterized by total lucidity, dry wit, and a commitment to the life of the mind.”

Menand, who will bring his wife and two children to the White House, sits in illustrious company with 11 other recipients this year. They include Cambridge poet Louise Glück, musician Wynton Marsalis, and physician-author Abraham Verghese.

Past Harvard winners of the medal include Henry Louis “Skip” Gates, the Alphonse Fletcher Jr. University Professor; Evelyn Brooks Higginbotham, the Victor S. Thomas Professor of History and of African and African American Studies; and Diana L. Eck, the Fredric Wertham Professor of Law and Psychiatry in Society in the Faculty of Arts and Sciences and a member of the faculty at Harvard Divinity School.