A prize of a weekend 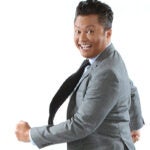 Luminaries from the worlds of journalism, photography, history, and music gathered over the weekend at Harvard to mark the 100th anniversary of the Pulitzer Prize, in festivities hosted by the Nieman Foundation for Journalism at Harvard.

Jazz musician and composer Wynton Marsalis, who won the 1997 Pulitzer for his work “Blood on the Fields,” opened the celebration Saturday evening at Sanders Theatre with a performance by his quintet, following an introduction by Harvard President Drew Faust. (Watch a clip from his rehearsal below)

On Sunday, in readings, conversations, and performances, past prize winners touched on the event’s theme of accountability and abuse of power.

Among the speakers was investigative journalism titan Robert Caro, who wrote the masterwork “The Power Broker” about the extraordinary life of Robert Moses, an unelected city planner in New York who wielded more clout than any governor or mayor for more than 40 years. Caro also wrote the definitive multivolume biography about Lyndon B. Johnson, an ongoing project.

Caro, a two-time Pulitzer winner, said the initial idea for “The Power Broker” came to him during an urban planning and land use class that he took while at Harvard as a Nieman Fellow in 1965–66. The course covered where and why highways get built, a seemingly mundane and tangential question for a political reporter.

But the class led to Caro’s inquiry into Moses’ plan in the 1920s for a parkway across northern Long Island, a project that turned out to be a thread that would unravel a grim, hidden account of the “human cost” of Moses’ reign. The experience taught Caro a fundamental lesson about influence: “Regard for power implies disregard for those without power,” he said.

The Washington Post’s Bob Woodward, perhaps the most powerful and influential reporter of the last 50 years; Academy Award-winning documentary filmmaker Laura Poitras, who aided publication of information about the National Security Agency surveillance program leaked by Edward Snowden; and Dean Baquet, executive editor of The New York Times, engaged in lively debate about the quality of mainstream media coverage and the many missed questions in the run-up to the Iraq War that exposed both the “mundane” and “larger failures” of the press. 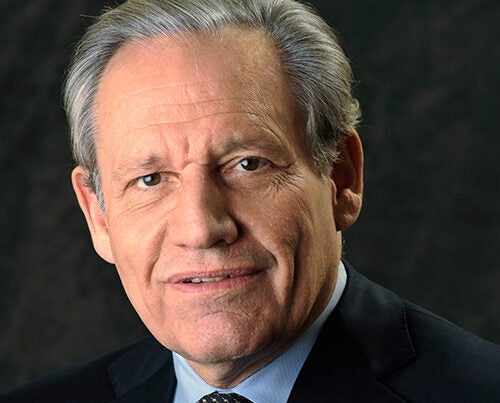 Celebrating the Pulitzers at 100

Ahead of this weekend’s gathering, journalist Bob Woodward muses on the press, and sees plenty of hope

They also disagreed about what history will say about the job the press has done identifying and explaining the transformation of power inside the U.S. government that has taken place since the 9/11 terror attacks.

Citing stories that he said reporters need to hunt down vigorously, Woodward pointed to the “holes in our understanding” about presidential candidates Donald Trump and Hillary Clinton, such as Trump’s still-unreleased tax returns and a cache of nearly 15,000 emails from Clinton’s time in the State Department that haven’t been made public.

Baquet said he would argue in favor of publishing Trump’s tax returns if the press obtained them. Woodward said The Post would most certainly publish the returns if it gets them, even though it’s a federal crime, publishable by five years in prison, to do so. He joked that he agrees with Post colleague Kevin Sullivan that the tax returns are so essential to the public’s understanding of Trump that Post reporters should each “take a day” in jail.

“Some things you have to do,” he said.

In a videotaped interview with Nieman Curator Ann Marie Lipinski, “Hamilton” creator and performer Lin-Manuel Miranda discussed how the themes of both giving up and losing power are interwoven into his musical’s rich narrative. He also addressed the challenges he faces in his creative process, and in finding his artistic voice.

In “One Last Time,” a song about how Alexander Hamilton wrote George Washington’s farewell address as he stepped down from office, Miranda sees contemporary parallels in the pursuit of power.

“You convince yourself that ‘I alone can solve these problems,’ when the faith needs to be in the institution itself.”