A hot idea for conserving energy 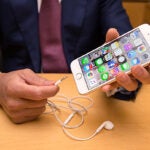 Why lose the headphone jack?

Student’s project would put Eliot students in the room that’s not too hot, not too cold, but just right for them

When winter temperatures drop to frigid in Cambridge, the air inside some rooms at Eliot House soars to downright tropical.

That’s because Eliot, an upperclassman dormitory built in 1931, uses a steam-driven heat exchanger to pump hot water through the building whenever the outdoor temperature drops below 48 degrees. To ensure that enough steam reaches radiators at the end of the line, radiators in rooms closer to the input get hotter than necessary.

With limited temperature controls in their dorm rooms, some sweltering students resort to cracking windows to let some of the heat escape. Aldís Elfarsdóttir ’18, an environmental science and engineering concentrator at the John A. Paulson School of Engineering and Applied Sciences (SEAS), didn’t like the environmental implications of that.

Curious about the impact of wasting all that energy, she took on an extracurricular project through her work with the Harvard Office for Sustainability (OFS) to quantify the amount of energy flying out the windows during wintertime. This inefficiency is one reason undergraduate Houses are undergoing a renewal that includes state-of-the-art heating systems and energy-efficient windows.

Working with Siemens energy engineer Christopher Bitzas, Elfarsdóttir discovered that if all its windows were kept closed through the winter, Eliot House could save 358 million BTUs of thermal energy — slightly more energy than an average person in the United States consumes during an entire year. Based on the cost of purchasing steam, closing the windows would save nearly $14,000 each winter.

With that data in mind, Elfarsdóttir attended a design-thinking workshop at SEAS, organized in conjunction with OFS. There she met Patrick Kuiper, M.E. ’16, then an applied mathematics master’s student, who introduced her to Patrick Day, S.M. ’16, an engineering sciences master’s student. Together, they launched a data-gathering project to help Eliot House conserve energy. The Faculty of Arts and Sciences Office of Physical Resources and Planning provided funding, and OFS advised the team. 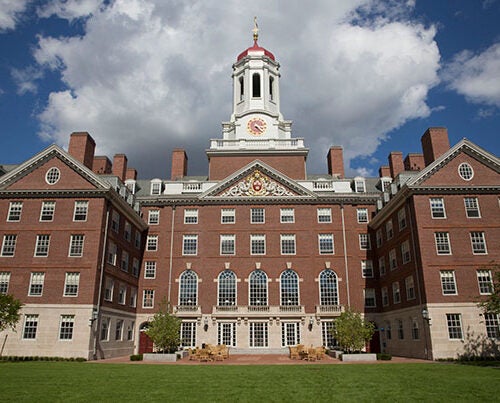 “We had been using these devices for fun, and then Aldís came along and had a great application for them,” Kuiper said. “These simple devices give us a way to quantitatively analyze people’s temperature perceptions.”

Fine-tuning the miniature computers and connecting them to Amazon Web Service to collect and organize data was an iterative process that involved its share of trial and error, Day said.

But the biggest challenge the team faced came when they arrived at Eliot House in early August to install the devices. Due to a scheduling conflict with a move-in day, they had less than 24 hours to set up all 15 computers. They had to work late into the night to installing the sensors in all four floors of the House.

The devices now provide temperature and humidity information twice an hour. The team intends to use that data, in conjunction with qualitative input from resident surveys, to help students select rooms they are likely to find more comfortable.

So far, 106 residents have completed a survey that asks their temperature preferences and demographic background. In the spring, Elfarsdóttir will survey residents again to determine whether their room felt too hot or too cold for them during the winter.

That data will lay the foundation for a model that can be used to make suggestions to students when it comes time for room selection, said Kuiper. For instance, a student who hails from the Deep South and loves beach weather might be more comfortable in a room that gets warmer in winter, he said.

“I am so excited to see this project come to life,” Elfarsdóttir said. “Our hope is that, by increasing occupant comfort, we can simultaneously save energy because there will be reduced window-opening during winter.”

In addition to reducing energy usage, the team hopes the data generated will contribute to other research projects, at Harvard and beyond.

“Maybe this project will help inform the upcoming renovations at Eliot House,” Day said. “Hopefully, this will provide some real data that will help decision-makers select a heating system that will work better for the building.”

Heather Henriksen, who directs the OFS, said one of her office’s primary goals is to facilitate projects like this that use the campus as a test bed for student and faculty research.

For Elfarsdóttir, it was especially rewarding to work on a project that could impact the future of her House, which is due to be renovated in three years.

As she travels through narrow hallways and up creaky flights of stairs, checking the sensors and chatting with housemates about the project’s progress, it’s clear to Elfarsdóttir that stately Eliot House has become a living laboratory.

“This project has impressed upon me how data can show us, in a completely quantitative way, how we are interacting with our living environment,” she said.