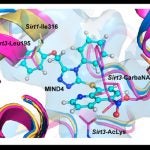 Known gene operates at a crossroad between disease and autoimmunity

Harvard Stem Cell Institute (HSCI) researchers at Harvard University and the Broad Institute of Harvard and MIT have found evidence that bone marrow transplantation may one day be beneficial to a subset of patients suffering from amyotrophic lateral sclerosis (ALS), a fatal neurodegenerative disorder more commonly known as Lou Gehrig’s disease.

ALS destroys the neurons connecting the brain and spinal cord to muscles throughout the body. As those neurons die, patients progressively lose the ability to move, speak, eat, and breathe.

The mouse-model study, published this week in Science Translational Medicine, suggests the most common genetic mutation associated with ALS plays an important role in not only the nervous system, but also the blood and immune systems.

“The point of our paper was to determine the function of this gene and what it normally helps to do in the body,” said lead author Kevin Eggan, a professor in Harvard’s Department of Stem Cell and Regenerative Biology (HSCRB) and an HSCI principal faculty member who has been studying ALS for more than a decade. According to Eggan, one way to better understand the gene is to catalog what is missing or goes awry when it is “knocked out,” or inactivated.

The scientists found that mice without a functional copy of the gene C9ORF72 had abnormally large spleens, livers, and lymph nodes, and got sick and died. Mice with one working copy experienced similar but less severe changes.

“I realized immediately that the mouse knockout had immune dysfunction,” said Leonard Zon, a professor in HSCRB, after seeing the preliminary data at an informal presentation.

The research team predicted that the gene mutation would affect neurons, but the finding that it also inflamed other cells, namely those involved in autoimmunity, was “unexpected.” With input from Zon and immunologist Luigi Notarangelo of Boston Children’s Hospital, the team decided to change direction and further explore the gene’s impact on the immune system.

First author Aaron Burberry, a postdoctoral fellow in the Eggan lab with a background in immunology, designed an experiment to test whether providing the sick mice with cells capable of making new immune cells via a bone marrow transplant would help.

Knockout mice that received a bone marrow transplant lived on average 43 days longer, weighed more, and had a greater number of blood platelets throughout their lifespan.

“The mice seemed to get better,” said Eggan, though he stressed that the bone marrow transplant did not wholly rescue the animals, suggesting that there may also be functions of C9ORF72 in other organs.

Whether or not anti-inflammatory drugs or bone marrow transplants help ALS patients has been studied and debated for years. “When doctors look for autoimmunity and inflammation in ALS patients there have been confusing and conflicting views,” Eggan said. “Some people find it, others don’t.”

Historically, clinical studies have tested the general ALS population, likely without accounting for the variety of gene mutations that gave rise to individual cases. More than 100 distinct mutations in any one of 20 genes can contribute to ALS.

“Most people have their own private mutation that is making them sick,” Eggan said, which makes developing therapies particularly complicated. He believes clinical trials could be redesigned to test the effects of bone marrow transplantation on particular subpopulations of ALS.