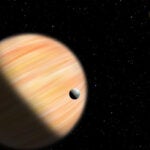 Going the distance with microlensing method

As an idea, the notion of an “artificial leaf” was always meant to be simple: Could scientists, using a handful of relatively cheap materials, harness the power of light to generate two powerful fuels — hydrogen and oxygen — by breaking apart water molecules?

In practice, however, the idea faced a number of hurdles, including how to pattern the catalysts on silicon that would power the reaction. But that could soon change, says Patterson Rockwood Professor of Energy Daniel Nocera.

Using an electro-chemical process similar to etching, Nocera and colleagues have developed a system of patterning that works in just minutes, as opposed to the weeks other techniques need.

Dubbed reactive interface patterning promoted by lithographic electrochemistry, or RIPPLE, the process can be so tightly controlled that researchers can build photonic structures that control the light hitting the device and greatly increase its efficiency. The new system is described in two papers that appeared in recent weeks in the Journal of the American Chemical Society and the Proceedings of the National Academy of Sciences.

“This is what I call frugal innovation,” Nocera said. “We called it RIPPLE because you can think of it like dropping a pebble in water that makes a pattern of ripples. This is really the simplest patterning technique that I know of. We take silicon, coat it with our catalyst, and within minutes we can pattern it using a standard electro-chemical technique we use in the lab.”

The project was one of seven research efforts supported in the inaugural year of Harvard President Drew Faust’s Climate Change Solutions Fund. The $20 million fund was created to spur the development of renewable energy solutions and speed the transition from fossil fuels.

“It’s already working,” Nocera said of the project. “We already have a home run, and that makes me very happy, because the idea we proposed actually works.”

The ability to pattern catalysts — using cobalt phosphate to spur the creation of oxygen and a nickel-zinc alloy for hydrogen — on the silicon substrate is particularly important, Nocera said.

Ironically, the discovery of the technique came about almost by accident.

“What we were trying to do was generate intense electrical fields to deposit the catalyst selectively on silicon,” Nocera explained. “It was during what was basically a control experiment that we noticed we didn’t need an intense electric field and could pattern the silicon quite easily.”

While the mechanism at work in the patterning isn’t fully understood, Nocera and colleagues can maintain precise control over the process and produce everything from patterns of lines to rings to squares on silicon substrates.

“It’s phenomenological. We don’t understand the mechanism yet,” Nocera said. “But we do understand how to control it, so we can fine-tune the spacing of the patterns, and what we’ve already produced can work for energy applications — with the catalyst and the artificial leaf, it’s remarkable.”