Wrapping her mind around the past 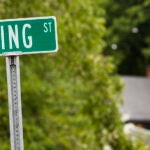 Rivka B. Hyland thrills to the details in history and culture

Rivka B. Hyland ’16 always keeps an embroidered handkerchief in her pocket.

“My grandmother sends one to me every month,” said Hyland, a Lowell House resident whose grandparents live in the Czech Republic. “I grew up watching Czech movies from the 1940s. My Czech is old-fashioned, and so are my habits.”

Keeping her personal history close is important to Hyland, and that deep connection to the past has provided the framework for her intellectual endeavors at Harvard. An Islamic Studies concentrator in the Near East Languages and Civilizations Department, she will continue her education at the University of Oxford as a Rhodes Scholar beginning this fall.

“It’s one world and you have to study all of it,” she said, recalling the advice a teaching fellow gave her during her freshman year.

Hyland, who grew up outside Philadelphia, first became fascinated with the Middle East when she was 13, in a high school world history class.

“I had read an article on the House of Wisdom, an intellectual center in medieval Baghdad where scholars translated texts from Greek to Syriac to Arabic. I was in love with the image of a room filled with scrolls, dust on the windows, intellectuals of different faiths and languages sitting next to each other.”

Though Hyland came to learn there was no actual house — that very topic became a point of departure for her senior thesis at Harvard — the subject propelled her study of all things related to medieval Islamic history and culture. Sipping a mint hot chocolate at Algiers Coffee House, she points out the spots where many of her academic memories were made. At a table by the window, she wrote her final paper for an Islamic theology course. At another, one for an art history seminar, and there, on the second floor, she penned an essay for a class on Islam.

Most transformative for Hyland was “Topics in Byzantine Art: Illustrating the Word,” a class she took freshman year with Ioli Kalavrezou, Dumbarton Oaks Professor of Byzantine Art History.

“She showed us that art can be used to make a theological point,” Hyland said. “The way the artists used their craft to comment on the text they were illustrating hit home to me as a new way of participating in a debate.”

Her eagerness to soak up medieval philosophy and theology is matched by a seemingly effortless ability to learn languages. Along with French, German, Japanese, classical Arabic, and the Levantine dialect of Arabic (learned on the State Department’s Critical Language Scholarship Program in Jordan the summer after her freshman year), she speaks the same First Republic (1918-38) Czech as her grandfather, a Holocaust survivor, and grandmother.

“My Czech is so strange,” she said, grinning. “No 21-year-old speaks like this.”

Outside of her studies, Hyland has assisted Mark Schiefsky, chair of the Classics Department, in his work on a database in which Greek philosophical texts can be viewed alongside their medieval Arabic translations.

“The translators and philosophers who drove the Greco-Arabic translation movement of the ninth and 10th century were making Aristotle accessible to Arabic-speaking readers. I’d like to think that, by working on the same texts, I’m doing some small part of the same work,” she said.

Hyland also volunteers at the Boston Area Rape Crisis Center, and is co-director of Harvard’s Eating Concerns Hotline and Outreach (ECHO) peer counseling organization. Since sophomore year, she has worked as a tutor in the Harvard Writing Center, and she rows as part of Lowell House’s intramural crew team.

“I think rowing is the closest I’ll come in the modern world to the medieval monastery,” she said. “When you’re racing, you have to give up your personal consciousness and become part of a whole that moves faster than you could ever move alone.”