Mapping the road ahead for climate research 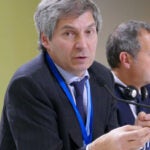 PARIS — The road ahead for climate change policy will entail many twists and turns, and the need for continuous rigorous and relevant climate science will be more important than ever.  With that framing, a group of scholars on Wednesday shared their ideas for improving the process by which the Intergovernmental Panel on Climate Change (IPCC) carries out its research agenda, at a side panel at the U.N. Climate Change Conference in Paris.

The panel, titled “The IPCC at a Crossroads,” was co-sponsored by the Harvard Project on Climate Agreements (HPCA) and was designed as a follow-up to an October 2015 article in Science, which articulated potential opportunities for IPCC reforms.

“Assessment-making means we have to explore options which are relevant for the policymakers and the decision-makers,” said Ottmar Edenhofer, director of the Mercator Research Institute on Global Commons and Climate Change (MCC). “Because of this … social science and economics is fundamental for any kind of assessment making [and] we want to reflect about the art of assessment making under these conditions.” 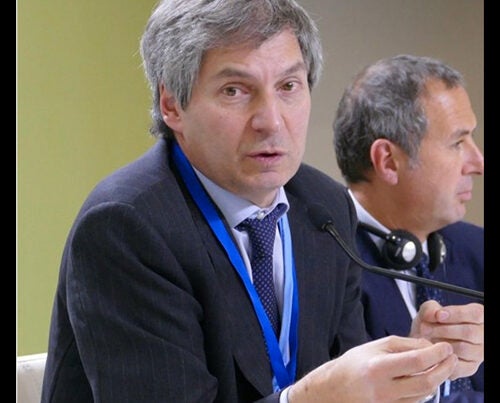 Charles Kolstad from the Stanford Environmental and Energy Policy Analysis Center (SEEPAC) argued that while the IPCC has “proven its value,” it has also received abundant criticism and must identify opportunities to improve both its processes and outputs in order to increase the impact of its research.

There has been a lack of government support for IPCC reform in the past, according to Robert Stavins, Albert Pratt Professor of Business and Government at Harvard Kennedy School (HKS) and faculty director of HPCA.  “After the Paris talks conclude,” he remarked, “governments may have more appetite to reconsider the IPPC’s role in light of a new global climate regime in place.”

Carlo Carrero of the University of Venice argued that the panel will need to re-think its communications strategies.

“Bureau members and scientists need to deliver their message in a comprehensive and clear way,” he said, pointing to the necessity to expand outreach strategies by using video, infographics and social media. “There is a lot to do, and this organization must learn to speak even to young people and not only to those involved in the policy process.”

The IPCC’s newly elected Chair, Hoesung Lee, responded to comments, saying that the Paris talks will be considered as “a new eventful chapter in the history of climate change” and that “the IPCC will provide more clear understanding of the solutions for policymakers” in the years ahead.

The side panel built not only on the article in Science, but also on a closely related workshop hosted by the Mercator Institute in Berlin and co-sponsored by HPCA in February 2015.