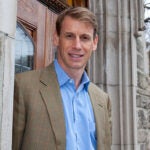 PARIS — The private sector — from large corporations to small businesses — will undoubtedly be impacted by whatever international agreement emerges from the U.N. Climate Change Conference taking place in Paris, but opinions vary as to how burdensome and costly those impacts will be. Participants in a side panel hosted Wednesday by the Harvard Project on Climate Agreements (HPCA) at COP21, shared their perspectives on the most important challenges businesses will face post-Paris.

Robert Stavins, the Albert Pratt Professor of Business and Government and faculty director of HPCA, moderated the event, which included opening remarks delivered by Gian Luca Galletti, the minister of environment for Italy. In his remarks, Galletti stressed the need for climate negotiators to leverage market mechanisms in order to measure and monitor national goals for reducing carbon emissions, in particular as those goals change over time.

“I do believe that we have clear ideas as to what are clear ambitions are in the future,” Galletti said, pointing to the need to set an aggregate target of lowering the growth of global temperatures to no more than 1.5 degrees “in order to sustain the future of the entire planet.” 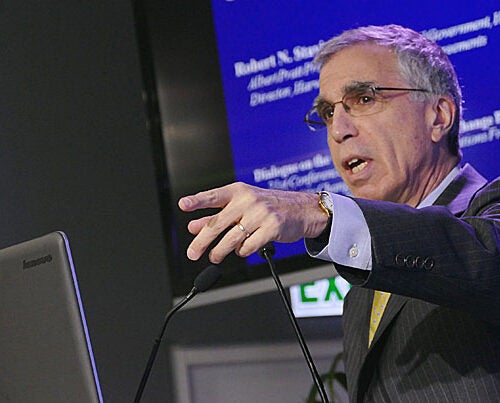 Stavins summarized a recent research report authored by Associate Professor Joseph Aldy, which examines tools and institutions for assessing national targets, saying that such tools are critically important in order to allow for “meaningful comparison of effort” across countries.

Simone Mori, Head of European Affairs for the Enel Group, argued that a climate agreement must take into account the fast pace of technological change.

“The technology revolution over the past five, eight years has really been dramatic, and it really changes the picture,” he said, especially for developing countries “from Latin America to South Africa.”

“It’s important to update the [national climate] pledges according to the evolution of the technologies,” he remarked.

Jeff Swartz, who manages international climate policy for the International Emissions Trading Association (IETA), said that the agreement should include three important features for business: a process by which countries can cooperate on emission reductions so that they can transfer emissions credits across borders; strong and clear accounting provisions; and some form of a carbon emissions crediting system.

The Italian Ambassador to France, Giandomenico Magliano, M.P.A. ’81, stressed that clear rules, simple policies, and effective governance will be important.

Panelists fielded a number of questions from those in the audience, including one from a young woman who identified herself as a “typical Chinese teenager,” who asked how to prevent politics from trumping environmental needs in the crafting of a climate agreement. Mori responded, saying that while “politics is a complex game … the direction [of climate policy] is very clear.”

The side event was co-sponsored by HPCA and the Enel Foundation.