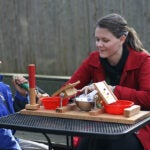 A focus on fairness

PARIS — The role of market mechanisms for reducing greenhouse-gas emissions and the relationship between climate change policy and international trade were the topics of a side-event panel discussion on Friday at the Conference of the Parties (COP21), the United Nations Conference on Climate Change in Paris. The panel discussion, which was co-sponsored by the Harvard Project on Climate Agreements, addressed a variety of issues related to the emissions-reduction targets that countries are putting forward as part of a new agreement to be concluded in Paris.

The panel, titled “Dialogue on the Comparison of Climate Change Policies,” featured Robert Stavins, the Albert Pratt Professor of Business and Government at Harvard Kennedy School (HKS) and faculty director of the Harvard Project; Harvard Project Manager Robert Stowe; and several other scholars in the field. The discussion was moderated by Zou Ji, deputy director-general of China’s National Center for Climate Change Strategy and International Cooperation (NCSC).

Stavins’ presentation focused on the role of market mechanisms in climate policy. He outlined three case studies of the successful implementation in recent years of cap-and-trade programs in the United States. These include California’s cap-and-trade system, which aims to reduce California’s greenhouse gas emissions to 1990 levels by the year 2020. Stavins called the California system “broad and ambitious” and stated that the California experiment offers some important lessons for climate negotiators in Paris. 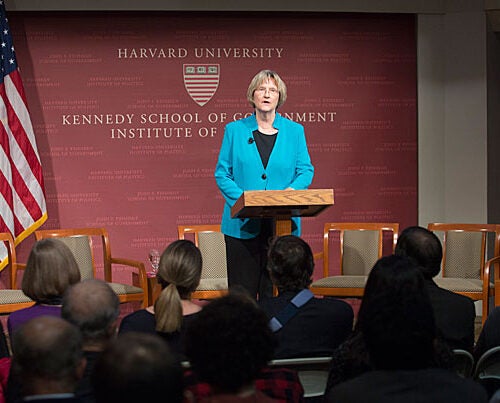 “Even from an economic perspective, carbon pricing may be necessary, but it’s not sufficient,” Stavins said. “Some non-pricing pricing policies can be complementary to the cap-and-trade system … but there are some other non-pricing policies that can conflict.”  Though a sub-national emissions-trading system, Stavins discussed how it could be a model for larger-scale emissions trading policies under the new Paris agreement.

Stavins also discussed the advantages of linking cap-and-trade systems, as California and Quebec have done (with Ontario joining the linked system soon).

“I’m convinced from the research that we’ve done at the Harvard Project on Climate Agreements … that the linkage of regional, national and sub-national policies … can be part of the answer,” he said.

Stavins went out to outline two important ways that the Paris negotiators can facilitate linkage: “The first is do no harm. If poorly designed, the Paris agreement could actually inhibit effective linkage,” he remarked. A successful agreement, Stavins said, will include “a simple statement that countries can achieve parts of their emissions-reduction goals by financing or otherwise facilitating actions in other jurisdictions [that is—through linkage].”

Other presentations — focusing on the relationship between climate change policy and the assessment of post-2020 emissions targets — were from NCSC researchers Fu Sha and Qi Yue. Stowe responded to Qi’s presentation, discussion several motivations for comparing the highly disparate targets that countries were offering under the Paris agreement.

Also participating in the discussion were Chen Ji from NCSC; Professor Duan Maosheng of Tsinghua University; Thomas Brewer of the International Centre for Trade and Sustainable Development; and Professor Wang Mou, of the Chinese Academy of Social Sciences.

The panel in Paris built upon a workshop hosted by the NSCS and co-sponsored by the Harvard Project in Beijing in June 2015. Read about the workshop here.

COP21 is still on track as countries drop their more unfeasible ambitions, notes Faculty Director of the Harvard Project Robert Stavins on the COP21 blog, “Inside analysis from the Paris talks.”