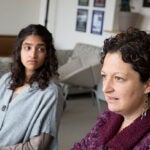 The Paris climate agreement may turn out to be more than just a major step to protect the planet. It may also wind up being a monumental public health measure.

So says María Neira, director of the World Health Organization’s Department of Public Health and Environment.

“This is a strong agreement for public health, probably one of the biggest we’ll sign this century,” said Neira, one of a group of public health experts who addressed health and climate change Wednesday at the Harvard T.H. Chan School of Public Health.

Panelists at The Forum at Harvard Chan School said that the public health argument for action on climate change has gained resonance in recent years, with air pollution from burning fossil fuels for power becoming an acute problem in developing nations such as China and India.

Jack Spengler, the Akira Yamaguchi Professor of Environmental Health and Human Habitation and director of the Harvard Chan School’s Center for Health and the Global Environment, pointed out that Beijing experienced its first red alert for air quality while climate talks were underway in Paris. Local health authorities’ recommendations to stay indoors during air pollution episodes are of little practical use, Spengler said.

“Where do they think the indoor air comes from? Outside. This is the old days in London.”

Climate Change: Health and Disease Threats | The Forum at HSPH

In this Harvard Chan School forum, public health and policy experts picked up where COP21 left off, taking on the critical piece of health within the climate change conversation.

WHO estimates that outdoor air pollution causes some 7 million premature deaths each year, while indoor air pollution ― largely from burning wood and biomass for cooking and heat — leads to another 4.3 million early deaths.

Cleaner technologies that help reduce burning of fossil fuels and of indoor biomass will provide what Spengler called a “double win” of lower warming emissions and improved health due to air quality. New cooking methods could also be a factor in women’s rights and the rights of children, who are disproportionately affected by both the need to gather wood and unhealthy indoor air.

But cleaner air is just one potential health benefit of the Paris agreement. Panelists said that progress against climate change could yield a range of other health-related changes, including fewer droughts, less disruption to agriculture and food supplies, and a dietary shift to less meat and more plants. 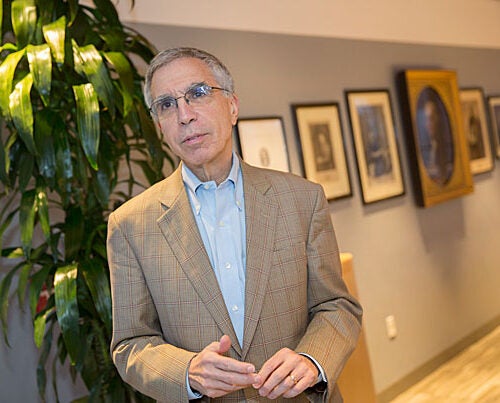 “There’s really nothing about our health not in play with climate change,” said Aaron Bernstein, associate director of the Harvard Chan School’s Center for Health and the Global Environment and a pediatrician at Harvard-affiliated Boston Children’s Hospital. “Regardless of what aspect of health you might want to talk about, climate change matters.”

Bernstein pointed out that changes linked to the Paris accord will occur over the next 40 years, as the children and grandchildren of today grow up and raise families of their own.

“People care about their health and absolutely care about the health of their children — that’s one of the most powerful arguments we can make,” he said. “We have to realize that we stand to gain so much.”

Barry Levy, co-author of the book “Climate Change and Public Health” and a former president of the American Public Health Association, said that indigenous peoples whose traditions tie them tightly to the land might be among those most affected by climate change. A warming Arctic affects the Inuit and other native peoples of the far north, but also groups in other parts of the world, such as Masai herders in sub-Saharan Africa, whose lifestyle is tied to cattle, which are vulnerable to droughts.

Times of scarcity can become times of insecurity as well, Levy noted, leading to violence as groups struggle to maintain a hold on suddenly vanishing resources.

At the local level, leaders have made “resilience” a point of emphasis. It’s an important step, panelists said, as individual cities will need strategies against the front-line effects of climate change, such as higher sea levels and hotter heat waves.

“Everyone can understand ‘resilience,’” Spengler said. “This is what we want to build into our communities.”

Bernstein cautioned that the potential health impact of climate change solutions — including innovations in energy — should be considered from the outset, to avoid creating an base of long-lasting, yet ultimately harmful, technology.

“We know enough to be able to think critically about our health-energy future,” he said.