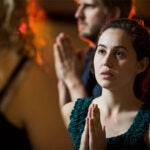 ‘Drum-Taps,’ the weighty core of his classic ‘Leaves of Grass,’ turns 150

The American Civil War left behind 750,000 dead. It also left at least one abiding literary mystery: Why did Walt Whitman turn his back on “Drum-Taps”? His book saw print only in 1865. Then he chopped it up and folded it into “Leaves of Grass,” the ever-expanding, mutable masterwork he had begun a decade earlier.

Yet “Drum-Taps,” some observers say, invented the modern war poem, with its photographic, unforgiving details and its anti-romantic impulses. It rendered a murderous war — Whitman called it “the red business” — in journalistic detail, during an age when poetry and prose vied equally for the public’s attention.

“Drum-Taps” also muted the boisterous and expansive voice — all ego — that the poet had created for himself as a representative American man. In that book of poems, Whitman evolved from a seeming celebrant of war to a regretful, elegiac observer of its toll.

The fate of “Drum-Taps” at the hands of its own creator is part of Whitman lore. The poet originally conceived of it as “a book separate,” he wrote, “not linked to the others.” But then he changed his mind and “linked” it to his successive editions of “Leaves of Grass,” starting in 1867. He turned the body of the previous book into a “torso,” wrote author and Fordham University English Professor Lawrence Kramer. A recent visitor to Harvard, he edited “Drum-Taps: The Complete 1865 Edition” (New York Review Books, 2015), the first edition of the war poems to appear in 150 years.

“It’s his fault,” said Kramer of Whitman’s near-erasure of his own book. “We’re correcting him.”

And what a book it is. “Drum-Taps” is arguably one of only two books of American Civil War poetry to survive the cannonades of critics. The other is Herman Melville’s 1866 “Battle-Pieces and Aspects of the War.” A third such body of work might be the wartime writing of Emily Dickinson. Some analysts consider her a poet of the Civil War, though she observed its distant tumult only through the domestic (albeit cosmic) lens of her Amherst home.

Within its original muted brown covers, “Drum-Taps” contained 51 poems in its April iteration, and 18 more in an October sequel. (Included in the 18 was Whitman’s most famous, and most classically framed, poem, “When Lilacs Last in the Dooryard Bloom’d.”) Both parts are together again, with neat green paper covers by Kramer and his collaborating students.

Kramer was among a panel of experts who gathered at Paine Hall on April 30 for “Whitman’s Civil War Revisited: Drum-Taps at 150,” organized by the Mahindra Humanities Center. The event was the last of the school year for the Andrew W. Mellon Foundation Seminar on Violence and Non-Violence, a round of lectures, seminars, and symposia that will continue next year to explore what center Director Homi K. Bhabha called “the ethical narratives at the heart of the humanities.”

When Whitman self-published “Drum-Taps,” he was a 46-year-old clerk at the Bureau of Indian Affairs and a sometime volunteer nurse in Union hospitals in Washington, D.C. (The Civil War brought American women into nursing, but male nurses of the era outnumbered their female counterparts by four to one.)

Whitman’s war was played out in these hospitals, scenes of “chaos and suffering” that contemporaneous images often sanitized, said Kramer, who called the book “an act of mourning.”

The poet nursed wounded and dying soldiers, but was also there “to bear witness to their suffering.” Whitman intended “Drum-Taps” to be a work apart from the effusive “Leaves of Grass,” to be its own vivid, particularized document of a war. Kramer noted the muted, modulated voice within the poems, some obviously Whitman but many others borrowed from ordinary soldiers and other observers and victims. The poems “all begin in fury,” he said, “and they all end in heartbreaking compassion.”

Panelist Elisa New, Harvard’s Powell M. Cabot Professor of American Literature and a scholar of American poetry, noticed the same change in voice. Before the war and “Drum-Taps,” she said, “Whitman is stuck inside his giant, capacious, generous voice.” That big voice, evident in “Leaves of Grass,” she added, “goes AWOL” during the Civil War.

Sitting next to her on the panel, Lawrence Buell, Harvard’s Powell M. Cabot Research Professor of American Literature Emeritus, called “Drum-Taps” Whitman’s “first attempt to cut lose from ‘Leaves of Grass’ and do something else.” The poet’s “all-seeing voice,” he added, became less assertive in “Drum-Taps,” even “elderly.”

“Drum-Taps” was a book of “scenes and pictures,” said Kramer, “an attempt by Whitman to match the documentary power of photography,” the emerging art form that vividly chronicled the war’s carnage.

New noticed that aspect too, saying the Whitman of “Drum-Taps” employed the tools and voices of the journalist, historian, and documentarian. During the war, Whitman eschewed the ecstasies of the cosmos and became “a practitioner of the quotidian,” she said.

At the same time, New added, the war and its horrors and its sudden intimacies liberated Whitman’s voice, allowing for “the emancipation of feelings that are not allowed in peacetime. Energy is released by war.” Kramer, in the book, invented a phrase for how Whitman transformed his famously heterodox sexuality within the chambers of care that war hospitals had to become. The poet of “Drum-Taps,” he said, cultivated an “eroticized compassion.”

New will explore “Drum-Taps” (along with Melville’s war poems) in a new HarvardX online American poetry course on the Civil War and its aftermath. The course launches May 8. She praised Kramer’s edition for its “spaciousness,” including white space that allows the poems to become “separate performances” on the page. “You’ve made it all new here.” (In 1865, Whitman was scrambling to cope with the high cost of paper and had to cram his poems onto the pages.)

The panel agreed on another facet of “Drum-Taps”: its polyphony or layered melodies. “If there ever was a volume that had musicality in it,” said Buell, “it’s this.” New compared the book to Melville’s goal of his own Civil War poems, for which he “but placed a harp in a window.” Whitman was documenting sounds, said New, including “the conscripted rhythms of the parade ground.”

Kramer, a composer, had his own way of expressing Whitman’s musicality. Two of his compositions, set to poems from “Drum-Taps,” were among six that rounded off the event, with live performances by pianist Heinrich Christensen and tenor Eric Christopher Perry.

The literary mystery remains unsolved. No one knows why Whitman buried “Drum-Taps” within another book. But at the end of his life, Buell said, Whitman regarded the “Drum-Taps” remnants as “the pivotal, central section” of “Leaves of Grass,” suggesting that the war was his most jarring and formative experience.