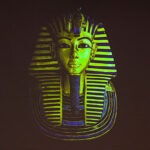 In the fall of 2014, Harvard will launch a University-wide humanities seminar designed to bring a wide range of disciplines to bear on a tragically central subject: violence. But in an unusual twist, the seminar also will examine the fate of nonviolent action as an antidote.

The seminar, made possible by a $775,000 grant from the Andrew W. Mellon Foundation, is sponsored by the Mahindra Humanities Center, where the idea was conceived. The center already hosts two of Harvard’s most prestigious public talks about the humanities, with a historical emphasis on analysis, criticism, and speculation: the Charles Eliot Norton Lectures and the Tanner Lectures.

Over three years, one theme will abide in the new seminar: how violence and nonviolence interact. That only seems like a paradox, said center director Homi K. Bhabha. “Violence and nonviolence exist in an intimate yet antagonistic relationship,” he said. “The moral claims and efficacy of nonviolence depend on the real and impending threat of violence. Violent regimes, when faced with nonviolent protest, lose any vestiges of self-justification.”

The seminar’s theme of keeping violence and nonviolence in opposition “is very attractive,” said Diana Sorensen, dean for the arts and humanities. “It opens up new forms of interaction.” The seminar will be “constantly trying to pose the question of alternatives to violence.”

During the three years, one intellectual necessity will rule, organizers say: that a wide range of disciplines will take part, from law and literature, to medicine, public health, and design. It’s an idea that fits neatly into the idea of One Harvard, an initiative by the Office of the President meant to underscore intellectual collaboration among disciplines.

Each seminar year will have a subtheme that will echo the major theme. Bhabha offered the example of genocide and reconciliation. One happens, and is a tragedy; the other follows, perhaps, and provides an overlay of hope.

“We live in a world that is addressing these very uncomfortable questions in various terrains,” Sorensen said. She included violence in the spheres of war and the home, as well as “rhetorical violence and the violence of poverty.” From all of these arenas, she said, arise “deeply ethical questions, which the humanities are uniquely positioned to address.”

In the seminar, the interdisciplinary reach unique to the humanities will have an exacting purpose, said Bhabha, to “put pressure” on each discipline to reveal what gaps it may have in confronting an issue.

For instance, the law can bring legal thinking, precedent, and insights to the landmark convention on genocide adopted by the United Nations in 1948. But literature might reveal a blind spot in that legal thinking, said Bhabha, because it more closely examines “the narrative forms and ethical dispositions in which the trauma of genocide is expressed in history and memory.”

This coexamination of genocide is a system of “double accounting,” he said, and it’s an innovation. It uses the clash of ideas to reveal what one discipline can gain from the investigative techniques of another.

The seminar is a “fruition of years of work” toward more interdisciplinary collaboration at Harvard, said Sorensen, much of it formulated at the center. “It’s going to really work at that juncture between disciplines, to see where the cooperation and bridging works smoothly, and where there are problems to be addressed.”

The center organizes more than 50 cross-University events a year, making it the tip of the spear for President Drew Faust’s support of One Harvard. The center has pioneered collaborations with most of Harvard’s faculties. It also has drawn in other entities, including the Harvard Art Museums, the American Repertory Theater, the Silk Road Ensemble, the University Committee on Human Rights Studies, and the Radcliffe Institute for Advanced Study.

The seminar’s advisory board is gradually coming together, but its members so far illustrate a range of disciplines, a reflection of what Bhabha called the center’s “convergences and conversations between disciplines.” Among the board members are Sorensen and three University deans: Julio Frenk (public health), Martha Minow (law), and Mohsen Mostafavi (design).

In another sign of the center’s intellectual reach, Faust named it an interfaculty initiative in 2008, one of 26 entities at Harvard that receive Provost’s Office funding for cross-faculty programs.

The seminar’s core of participants will include a senior fellow from outside Harvard who will deliver a series of public lectures. Postdoctoral fellows will also take part, along with Harvard graduate students and postdoctoral fellows or graduate students from other institutions in New England. Down the road, organizers say, Harvard undergraduates may be admitted to the seminar. Harvard faculty members taking part will also be encouraged to create related interdisciplinary courses for undergraduates.

Seminar participants will meet biweekly to discuss issues, deliver papers, and provide a rigorous setting for a credit-bearing course for graduate students. The senior fellow’s lectures will be available on the Mahindra Center’s website, and may each year be published as a book, much as the Norton Lectures are.

At the end of the three-year cycle — perhaps the first of many such cycles — there will be a major conference. Seminar participants will be asked to submit papers, with the best of them compiled in a book.

Sorensen called the grant “a very unusual and a very high number” for Mellon awards, which are typically a third or half that size.

Name a problem, gather disparate experts, and let new thinking emerge: That’s the gold of mixing disciplines in the crucible of the humanities. “Here,” said Bhabha of the new seminar, “we see it in action.”