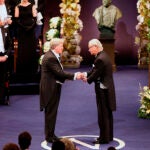 Conference examines pluses, minuses of having firms bid for interesting work, but with no guarantee of results

At a recent Gund Hall event, Harvard urban planner Jerold S. Kayden called design competitions “chicken soup” — just the right cure, in the minds of those who praise them, for addressing today’s increasingly complicated challenges of the built environment.

Such contests, typically open to anyone with an architecture degree, often unleash creative energies and become “instigations of significant thought,” said Kayden, the Frank Backus Williams Professor of Urban Planning and Design at the Harvard Graduate School of Design (GSD). They also provide a forum for young practitioners whose voices might otherwise go unheard in the noise of the marketplace.

That contest forum can be a springboard too. Maya Lin, for instance, was an unknown, 21-year-old undergraduate when her 1981 design for the Vietnam Veterans Memorial bested more than 1,400 competitors.

But Kayden — who for two years has been teaching a course on design competitions, the first of its kind in the academy ― and other experts at the Design Competition Conference last Thursday and Friday in Piper Auditorium quickly acknowledged the dark side of “the quite complex issue of design competitions,” as Kayden put it. They said that the arena of competitions needs a rulebook, and that designs — winning or not — should be archived. They also said that two main frustrations have to be confronted: winning designs are often never built, and compensation is scant or absent.

A recent global design competition for the Guggenheim Helsinki museum attracted 1,715 entrants, a record number. Each participant spent an estimated $12,000 for his or her submission — a total of $23 million of free design for the Guggenheim. “There’s a huge amount of uncompensated labor involved,” said Kayden.

So the idea of competition often leaves design firms torn. “First you have the hot shower, then you have the cold shower,” said Francine Houben of one competition her firm entered. “I hate competitions, I also love them,” said Houben, the creative director at Mecanoo in Delft, the Netherlands, who was one of the presenters at an opening panel.

But overall the design competition process is creatively rewarding, said GSD Dean Mohsen Mostafavi, who was on the opening-night panel. “It leaves that room for dreaming, for doing things that are unexpected. It’s a kind of gift of the architect to architecture.”

Design competitions can also be a gift to the untested, said panelist Craig Dykers, founding partner at the multinational firm Snøhetta. He and his collaborators were young dreamers in 1989 when they entered and won a worldwide competition for designing the Egyptian Library of Alexandria. It took 13 years to complete, but since then the firm has entered hundreds of competitions, said Dykers. “To me, everything is a competition.”

Even established firms take their chances in a universe of design contests often disrupted by the creativity of newcomers. Snøhetta has had long hot streaks — 18 wins in a row once, said Dykers — but has also felt the chill of losing: once, 12 competitions in a row.

In the face of the dark and light complexities of design contests, Kayden hoped that the conference might get at the value of such contests, what can be changed, and what can be learned for the future.

But right away, he said, a few things are required to make the future brighter for design competitions. There’s that rulebook, for one, along with an archive, and there must be more research on the costs and benefits of such contests. Right now, said Kayden, “anecdotal war stories” predominate, while basic data is hard to find. Even the number of contests in a given year, he said, is unknown, to say nothing of the fate of the projects imagined, entered, and in some cases acted on.

Data on the contests is already on “thousands of design competition sites” on the Internet, said Kayden, “waiting to be mined.” Meanwhile, a lot of questions go unanswered, he said: Are competitions better than traditional procurement practices? Do they strengthen the interests of the design profession, or of the public interest design is meant to serve? Are competitions ethical or exploitative?

Big data, and more attention from the academy, might answer those questions. But meanwhile, the conference provided some preliminary data on how students and practitioners perceive the present realities of a form of competition that goes back millennia.

The conference’s second day highlighted a survey conducted this year on design competitions by Architectural Record magazine and the Van Alen Institute, which has been organizing competitions for 120 years. Tapped for impressions were 1,414 respondents in 65 countries. “Architects never work without compensation,” one wryly observed. “But if you call it a design competition, you can get five of them to do it.”

Ideas poured in to the survey: Track hours that competitors spend, promote also-rans as well as winners, let juries speak publically once a decision is made, and collaborate more with other disciplines. (Van Alen Institute executive director David van der Leer called that recommendation “no more lonely nights.”) At present, only about a quarter of designers, the survey said, work regularly with other professionals.

Above all, respondents said, keep competitions alive to identify emerging talent. Use these contests to improve public awareness, and think big. Use design, for instance, to address the fate of public space or social issues like racial segregation, suburban growth, national highway systems, and even hospices.

On the darker side, almost 70 percent of respondents said competitions did not result in paid work. And 90 percent said such contests brought in less than 5 percent of their revenue.

Then again, competitions still have allure.

This is only the first such survey, said van der Leer, adding, “At least we made a small jump.”