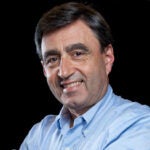 If anything oils the wheels of architecture and planning, it is the design competition. Such competitions “are in the DNA of the design world,” said Jerold Kayden, the Frank Backus Williams Professor of Urban Planning and Design at Harvard’s Graduate School of Design (GSD).

In practice, architects and planners face an “even insatiable” pool of contests, he said, which gobble time and resources with no guarantee of remuneration. “Competitions are going to be an increasing part of architectural work lives, for better or for worse.”

This semester, Kayden addressed the reality and ubiquity of design competitions by teaching a course about them, PRO-07417. One April guest presenter for the seminar, Oregon architect Donald J. Stastny, said that it was the first such class he had heard of in three decades of advising. (He is a veteran of 62 competitions, from Beverly Hills to Berlin.)

The final projects for Kayden’s dozen or so students in “Design Competitions” revealed a questioning and critical thread that echoed the semester’s readings and discussions. Though design competitions for buildings, parks, bridges, and even industrial products, like furniture, are increasingly common, are they fair? Do they improve design quality, creativity, or business outcomes? And, in the end, who owns the designs?

A paper by GSD urban design student Orcun Tonyali proposed a set of rules that would apply worldwide to design competitions. Architecture student Zhanina Boyadzhieva proposed boosting ethical standards for competitions, and bringing the public into collaborations more often. Doctor of design student Vaughn Horn outlined a memorials competition for the wars in Iraq and Afghanistan. Architecture student Carly Augustine analyzed a riverfront parks competition at the site of the Gateway Arch in St. Louis.

The concept of such competitions dates back at least to 447 B.C.E., when workers on a rocky hilltop in Greece began to assemble the Acropolis. Since then, formal competitions have inspired some of the world’s most iconic built spaces, including the dome of the Florence Cathedral (a 1419 competition), the Spanish Steps in Rome (1717), the Houses of Parliament in London (1835), and the dramatic seaside Sydney Opera House (1955).

In the United States, rules for design competitions date to the Civil War era. But their complexity is very modern. Some are by invitation only. Some ask for designs, and others for concepts. Some competitions result in completed projects, while others — including many student competitions — simply gather ideas.

How broad? In Europe, design competitions are required “as a matter of law” for all proposed public projects, said Kayden, who is a lawyer and an urban planner. In the United States, competitions are not required by law, but they are increasing in number to the degree that virtually every design firm, big or small, is usually working on a competition entry. One sign of the heightening buzz: Websites abound that aggregate contest names, briefs, and deadlines. One echoes the professional pressures involved: Death by Architecture.

Many students at the GSD and elsewhere increasingly spend time outside of classwork working on competition entries, said Kayden. He was adviser to a GSD team that took first place in the 2013 Tohoku Recovery competition in post-tsunami northern Japan. At a March public forum, two GSD student teams presented sustainable-housing designs that took first place in two contests.

Stastny was among a long list of experts Kayden invited to talk to his students. Most represented the key roles involved in any design competition: client, adviser, juror, and competitor. Kayden has played every role. (He was both adviser and juror for the David Rubenstein Atrium, a privately owned public space at the Lincoln Center.) He shared his insights, advice, and contacts with students.

The class entered a local design contest, “Public Space Invitational,” sponsored by the Mayor’s Office of New Urban Mechanics in Boston. Kayden was interested in exerting “real-time pressures” on his students through a competition on reimaging public space.

Their entry, one among more than 70, is “Stringing the Emerald Necklace,” a proposed summer project with schoolchildren for Boston’s park system. The children would string 10 trees with “emerald necklaces” made of found objects. The competition winner will be named in June.

During Stastny’s visit, alluding to the class’s competition entry, Kayden said “he doesn’t have to treat us as novices any more.”

But he brought a breeze of the real world to the seminar’s top-floor classroom at Gund Hall — including the stresses of dealing with citizen input. During his first competition experience, for Portland’s Pioneer Square, he attended 162 public meetings. Then there is the rigor of emotional content built into some designs, said Stastny. He was an advisor in both the Oklahoma City National Memorial and in the Flight 93 National Memorial, now a national park.

Stastny, who detailed the gritty process of designing and judging a competition, also gave his take on structure, control, and outcomes. “I like competitions that result in something,” he said. “I’m too old to have this go to the shelf.” Of the 62 he has been involved in, added Stastny, three-quarters were built.

Afterward, Kayden led a pointed post-guest briefing about fairness, jury composition, advisory control, and the fate of creativity. He told the class, “That’s the nice thing about guests: getting the freshness of it all.”