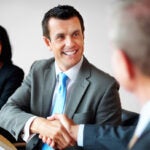 Deceiving with the truth

Here in the United States, many people have become almost oblivious to the daily drumbeat of opinion pollsters declaring what the public thinks about political candidates and leaders. But how people in other countries view their heads of state, and those of other major nations, is terrain that’s not nearly as well-mapped.

In a rare poll, citizens on five continents and in 30 countries, including China, were asked to identify and evaluate the job performance of 10 of the most widely recognized global leaders, including Chinese President Xi Jinping, Russian President Vladimir Putin, German Chancellor Angela Merkel, and U.S. President Barack Obama.

The survey of more than 26,000 respondents, conducted this fall by GMO Research, a Tokyo-based global market research firm, rated Xi, Indian Prime Minister Narendra Modi, and Merkel the top-performing world leaders, with respective scores of 7.5, 7.3, and 7.2 on a scale of one to 10. They ranked French President François Hollande (6.3), Japanese Prime Minister Shinzō Abe (6.1), and Putin (6.0) at the bottom. Obama (6.6) received middling marks, just ahead of David Cameron (6.5), the British prime minister.

Respondents in India (87.8 percent), Russia (79.6 percent), and China (78.6 percent) overwhelmingly said that their home country was moving in the right direction, while only a minority in the United States (44.8 percent), Japan (30.4 percent), and South Africa (29.3 percent) felt their nation was making progress.

“It maps pretty closely to geopolitics,” said Anthony Saich, the Daewoo Professor of International Affairs and director of the Ash Center for Democratic Governance and Innovation at Harvard Kennedy School (HKS), which co-sponsored the study.

In countries where a single party dominates, or where public debate about political leaders is constrained, citizens typically rated their own officials much higher than did respondents in nations with a multiparty system and a more open and robust press, Saich wrote in a just-published analysis of the survey findings.

The results also offer a glimpse into what kinds of information about other nations filter down to the average citizen, he said, “so you can begin to ask questions about how both geopolitics and about how national presses begin to report activities and behavior of other countries and how that reflects onto particular leaders.”

“Two things did surprise me — how well Modi came out. I just put that down to the fact that he’d only just been elected and so I suspect that a lot of people didn’t really know very much about him, and his own nationals were probably still in the phase of him having won the election,” said Saich. “I thought what was interesting, though, was how well Merkel came out across the board. From the surveys, she really emerges as a leader of international respect.”

Saich, who serves as faculty chair of HKS’s China program, said granular data about how Chinese citizens viewed other world leaders was groundbreaking and supports what was generally known already. Their positive assessment of Xi’s performance both at home and abroad is explained by a multitude of factors.

“One is that they don’t hear much negative news about their national government; it’s all positive. And the national government is always making great pronouncements: ‘We’re going to give you more health benefits, we’re going to give you more minimum living standards, support benefits, and so forth,’” he said. “But it’s the local government that has to find the money to provide all those services. So from their perspective, the center is doing good things: Why isn’t the local government actually carrying this out? Well, one of the reasons is because the central government doesn’t give them the money to do it.

“For a large number of people, life has generally gotten better year by year — more freedom of choice, probably more income, better living conditions, better material conditions, a lot more to watch on the television,” Saich added. “I think that also plays into it.”

The results provide a preliminary but useful baseline for similarly broad surveys and analyses to build on in the future, said Saich. He planned to meet with the polling firm in Beijing to discuss more potential collaborations that could enhance public understanding of contemporary political dynamics.

“For me, what would be interesting to do is look at the data from China. Is there anything we can draw from this that tells us what is the Chinese citizens’ world view [about] particular countries they like? Particular leaders they like? Does that map onto particular political styles? In terms of international relations, what does that mean for potential healing of wounds between Japan or a better relationship with the U.S.?”