Glimpsing Dublin from the wine-dark sea 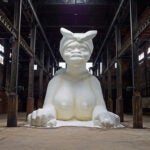 Almost 3,000 years ago there was Homer’s “Odyssey,” nearly the oldest work in the Western literary canon. Later came Plato’s “Symposium,” and later still “Oedipus the King,” by Sophocles. Then there was Dante’s “Inferno,” and soon Shakespeare’s “Hamlet.”

In 1922 came “Ulysses,” James Joyce’s playful repository of all these great works. It was an homage to Homer’s wanderer, full of winks to Shakespeare (more than 300, by one count). It also echoed millennia of artistic grappling with the human condition and its terrors, disappointments, surprises, jokes, and joys.

All of these great works and more, from all of these ages, were encountered this semester by 79 students — 80 percent of them freshmen — in a first-time Harvard course called Humanities 10a, “Colloquium: Essential Works 1.” The class is a feature of a humanities curricular reform that began in 2011, in part as a response to declining enrollments. And it builds on new “framework courses” at Harvard College devoted to the arts of listening, reading, and looking.

Hum 10, as it’s called by students, is a two-semester gateway to essential literary works. After Homer and before Joyce were texts by Aristotle, Descartes, Rousseau, Austen, Kafka, and others. In the spring, Hum 10b will start with “Waiting for Godot” and end with “The Iliad.”

The complementary courses “were created with the sense that the work of culture has evolved through the ages as an ongoing conversation,” said Diana Sorensen, dean for the arts and humanities. “It’s a conversation with the past, with the present, with the future — and we want to invite our students to be part of it.”

Like Homer, Hum 10 is a blast from the past. After World War II, a similar two-semester course, “The Epic and the Novel” (Humanities 2), was required of all undergrads at Harvard, part of a reform called “General Education.” As debates over the canon intensified in the 1960s, such broad courses fell out of favor. “The Epic and the Novel,” was last offered in 1973, though it was as popular that year as decades before; more than 850 students signed up. Only “Principles of Economics” had more registrants.

The new Hum 10 is modestly sized, but the commitment around it has been anything but. Five faculty members co-teach, meeting for lunch every Monday to discuss pedagogy. Each leads a weekly section, a rarity at Harvard, where the role is typically filled by a grad student. Hum 10 also includes activities outside the classroom, such as visits to plays, museums, and libraries.

Three papers of escalating length are required, along with 250-word weekly responses for the sections. And then of course there’s the reading list.

“I am chugging through ‘Ulysses’ at the moment,” said Grant Hoechst ’18, whose first semester at Harvard was otherwise been taken up with courses in computer science, math, and biochemistry. The list was more thrilling than daunting, he added. “I was really happy to have this humanities class give a sense of balance to my schedule.”

Choosing the syllabus “was an exercise,” said John Cogan University Professor of the Humanities Stephen Greenblatt ― an attempt by the five faculty members to collectively identify “what books changed our lives.”

Greenblatt, a Shakespeare scholar, had co-taught English 110, a scaled-down version of Hum 10, with Louis Menand, the Anne T. and Robert M. Bass Professor of English. Hum 10 “became the next, bigger version of that,” said Sorensen, with more reading and more sections. “It’s like a deep immersion, where the students and faculty are committed to these texts and to the adventure of reading together.”

The three-month adventure turned out to be a good one. “The happy news is that it’s actually incredibly pleasurable on both sides,” said Greenblatt. “I love these students —and they seem to have loved the course.”

English 110 was capped at 36 students and spanned just one semester. But it introduced the idea of faculty leading sections, in which discussions unfold as in seminars. “We thought we should, for one thing, know what the students were thinking and teach them in a much more direct, hands-on way,” said Greenblatt, who also wanted to break from just lecturing to big classes. “There is a risk at Harvard that you only know a small number of students whom you teach.”

Menand agreed, adding: “With this kind of material, a huge amount of the learning takes place though discussions. We both found this very rewarding personally.”

Taken together, the faculty members of Hum 10 illustrate the course’s scholarly reach. Greenblatt and Menand are both winners of the Pulitzer Prize. Professor of English Amanda Claybaugh is an expert on novels of the 19th century. Panagiotis Roilos is the George Seferis Professor of Modern Greek Studies and of Comparative Literature. Alison Simmons is Harvard’s Samuel H. Wolcott Professor of Philosophy.

The course was a learning experience for everyone. New insights into familiar works appear “every time I teach,” said Menand. For Claybaugh, the Monday lunches were “the best way for all of us to up our teaching game.” Regular discourse on the art of teaching was equally important to Simmons. “One of the wonderful things about [the course] was working with colleagues,” she said. “Suddenly there were five of us in a room talking about how to grade papers.”

There were other lessons. For Simmons, who studied psychology before turning to philosophy, Hum 10 was a way to catch up on deep reading beyond Aristotle and Nietzsche. She read “Ulysses” for the first time this summer and was on her second reading in early December. “I found it daunting and I still find it daunting,” she said. “I’ve taken like one English course in my life. I was not a native humanities person.”

The challenges went both ways, she added of the long reading list, full of complex seminal texts. “Another thing we wanted to make clear: The humanities are not easy.”

The list had logic behind it. Many of the texts were a way to investigate the cultural antecedents within “Ulysses.” It’s a modern, narrative-breaking text that depends on the old and the ancient. Joyce followed Homeric parallels, revived Elizabethan wit, and recast the interiority of Shakespeare’s “Hamlet” as stream of consciousness. (One scholar has estimated that “Ulysses” includes 321 references to Shakespeare works — one every other page. A third connect to “Hamlet.”)

“We tried our best to chose texts that would communicate with each other and that in some way would end up in ‘Ulysses,’” said Simmons of Joyce and his “self-conscious   mimicking of the ‘Odyssey’ — how he is returning to the old text and doing something new with it.” The course’s extracurricular activities helped reinforce that sense of cultural circularity and dependence, said Simmons.

A visit to Houghton Library was planned for the last week of class. “They have everything,” said Menand, including originals of most of the class texts. Among the items that were set for display: a Shakespeare First Folio; “placards” — edits of sections of “Ulysses” in Joyce’s handwriting; correspondence; and a botany book with Rousseau’s handwriting in it.

The actuality of the old texts — the copy of Descartes’ “Meditations” at Houghton, for instance — trumps flat screens and pixels, said Simmons, and provides “context [students] just didn’t have before.”

That context is transnational and cross-cultural, too, said Roilos, a critical theorist whose expertise includes postclassical Greek literature. “Students especially learn that our own cultural context and creativity are not the only ones in the world.”

The students have been eager, inquisitive, and motivated, said Roilos, creating a high point in his 21 years in Cambridge. “This has been the very best teaching experience I have had a Harvard.”

Enthusiasm on both sides of the lectern is a fond wish for this experimental gateway course in the humanities. The project fills a need, just as CS50 does for new students curious about computer science, but not eager to get too deep into the weeds of a discipline. For the humanities, there had not been a recent survey course that was pre-disciplinary, and analogous courses in history, literature, and music are a thing of the past, said Menand. “The feeling was that when freshmen arrive, whatever their intentions are, they get sucked into these non-humanities, large courses which are accessible and attractive ― and then we never get them back.”

Hum 10b will reverse the cultural clock, moving from the near present (Samuel Beckett) to the far past (Homer). It’s a strategy the faculty call “the Targoff turn,” after Ramie Targoff, who suggested it at a Hum 10 dinner one day. (She’s a professor of English at Brandeis University, and married to Greenblatt.) “You find different things,” said Simmons, “than when you go chronologically.”

“It’s an experiment,” said Menand, who will return with Greenblatt for the spring course. Joining them will be Emma Dench, a professor of the classics and of history; Edward J. Hall, the Norman E. Vuilleumier Professor of Philosophy; and Katharina Piechocki, an assistant professor of comparative literature.

The course’s “challenge book,” as they say, will be Dostoyevsky’s “The Brothers Karamazov,” a work of fiction and philosophy. Cultural debts and circles are everywhere in the book. It influenced Kafka and Joyce; Freud loved it for its Oedipal content.

But if the reading is once again heavy, the mood will likely stay light. The fall class was marked by equal parts rigor and joy. By December, each section had designed its own T-shirts, with “Hum 10” on the front and different words on the back. For Greenblatt’s section, students chose “Who’s there?” For Claybaugh’s, they went with words from a student’s rap version of Nietzsche’s “The Birth of Tragedy.”

This sense of fun and belonging emerged from the classes. “We wanted these students to feel there is a community of people who are interested in the humanities here and this is how you become part of it,” said Claybaugh.

Everyone involved hopes the idea flourishes. It’s hard to sustain 10 faculty members a year co-teaching one course, and no easier to continue to bring students to museums and concert halls. “We need to have some kind of funding,” said Menand, “or a donor to sustain it.”

Support for Hum 10 certainly has not been restricted to its immediate participants.

“Freshmen need a recognizable gateway course for the literary humanities, and this is it,” wrote James Simpson, Harvard’s Donald P. and Katherine B. Loker Professor of English, in an email. “Undergraduates know that there are very great literary texts without knowledge of which they can’t be said to be educated; this course offers many of those texts, every one of which can change a life.”

Martin Puchner, the Byron and Anita Wien Professor of Drama and of English and Comparative Literature, called Hum 10 “a foundational course that challenges freshmen to engage with big books and big ideas. There’s something important about the humanities, and this course communicates that in a wonderful way.”

In the final lecture, on Dec. 1, Hum 10 swerved momentarily into the world arena. Greenblatt had just returned from a Tehran conference on Shakespeare, “the magic carpet that took me to Iran,” he said, “where I had always wanted to go.” His remarks turned to the value of literature, no matter where you are.

“Not just Shakespeare but literature as a whole is a form of human freedom,” said Greenblatt. “In a society where it’s exceedingly dangerous to speak directly about some of the most important things humans might like to speak about, Shakespeare provides precisely that portal.”

Sorensen made the same point about listening and reading. “In these apparently innocent activities,” she said, “much is at stake.”