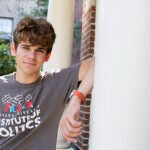 From preschool to Harvard

GAZETTE: The University posted a $2.7 million surplus. How significant is that?

LAPP: The $2.7 million surplus is obviously good news for the University. We are making progress. We had to make a one-time $46 million adjustment to our surplus, related to a change in accounting methodology for the defined-benefit pension plan. Without that adjustment, the surplus would have been $49 million. But to put it in context, that’s a little over 1 percent of our operating revenue. Last year, we had a deficit of $34 million, and that was a little less than 1 percent of our operating revenue. So, just as we did not have undue concern about the $34 million deficit last year, this year’s surplus, while good news, is not a cause for excessive optimism — it is essentially a break-even result.

GAZETTE: Can you give us some of the report’s highlights?

LAPP: Sure. On the revenue side, the numbers reflect the effects of The Harvard Campaign, including an increase in current-use giving, and an increase in the annual distribution from the endowment. We are also experiencing revenue growth in areas such as executive education, particularly at Harvard Business School (HBS). The opening of Tata Hall has really allowed them to expand their executive and continuing-education programs. Many other Schools are doing the same. In total, revenue from executive education increased 11 percent.

One of the areas where we find some interesting development and a lot of pilots going on right now is in HarvardX. We are undertaking a number of revenue experiments, trying to recoup some of the cost. Those efforts include charging learners who take HarvardX courses for verified certificates. We are experimenting with licensing some of our lectures or courses to other universities. So we are excited about that, and we think that’s an area where we can have some revenue growth.

Most importantly, however, HarvardX is helping to reenergize teaching on campus, with our own faculty and students. The first priority of HarvardX is to empower Harvard teachers and learners to use technology in our classrooms in ways designed to improve on-campus teaching and learning. Going forward, we also see HarvardX as starting to provide greater opportunities for executive-education programs, for our graduate schools in particular.

GAZETTE: Could you comment more on the progress of The Harvard Campaign thus far?

FINNEGAN: It’s extraordinary. Just over a year into our public phase, we’ve already had more than 100,000 people contribute to the campaign, and we recently announced that we have raised $4.3 billion to date. The campaign is going very well. We are actually overwhelmed by the response of alumni, and I think it reflects extremely well on their confidence in Drew Faust, her leadership, and the direction of the University.

LAPP: In terms of the impact of FY14, current-use giving was up 24 percent, or $81 million, which was great. Total receipts, which are in our financial statement, were up 46 percent to $1.2 billion. Those are positive things that have helped the FY14 result.

GAZETTE: The tone of the report remains conservative despite the campaign performing well in this first year.

LAPP: The campaign results so far and the endowment return of 15.4 percent are both in the positive column, and we are very happy to see those. As I mentioned, revenue from executive education is up 11 percent, and publishing is up 12 percent. Those are positive signals, but we do have our challenges as well. Our overall research spending declined 2 percent after growing 1 percent in FY13. Most concerning is that federal research dollars continued to decline. Harvard’s federally sponsored research, which represents 75 percent of our whole sponsored research portfolio, declined 5 percent in FY14, compared with a decline of 3 percent the year before. It is worth noting that our non-federally sponsored research, which is a smaller piece of the pie, did go up 9 percent to roughly north of $200 million. But again, it’s a very small percentage of our sponsored research. Sponsored research funding is something we must watch carefully because it’s a really significant driver of our results, and of what we are trying to achieve as a university.

We’ve also seen some other things that will continue to impact our results in future years. For instance, salary and wages went up 6 percent. A little less than half of that went to new people, particularly in strategic areas like IT and areas supported by outside funding. The remainder reflects budgeted merit-pay increases. And when you consider the fact that salary, wages, and employee benefits represent roughly 50 percent of our operating budget, that’s an area we must stay focused on.

Our benefits overall went down about 5 percent, and that was primarily related to the change in our actuarial assumptions for the defined-benefit and post-retirement health plans, so that was an adjustment. We also were able to bend the growth curve for our post-retiree health benefits costs. We made changes to the plan a year or so ago that have actually helped us bend the cost curve, so that’s good. But when we looked at the cost of health benefits, they actually increased 5 percent, primarily due to an increase in enrollment and health care cost inflation. That’s something we are seeking to address with the health benefit changes that take effect in January. Again, the goal is to bend the cost curve.

GAZETTE: Can you say more about the financial challenges the University faces?

FINNEGAN: Harvard is not immune to the challenges within the world of higher education. Katie mentioned a number of them: Federal research dollars are in decline, and we see upward pressure on expenses. We have benefited enormously from the positive capital markets. The equity markets have been strong. It would be inappropriate to assume that the markets will continue at this pace over the longer term. The endowment contributes 35 percent of the operating revenue of the University, which is high, so we should be prudent in our assumptions. From my standpoint, it is important that we take a long-term view on both revenue and costs. The headwinds in higher education are not going to disappear.

LAPP: In addition to our personnel costs being 50 percent of the budget, our space costs represent another 20 percent. Those two costs — personnel and space — are very sticky. Seventy percent of the operating budget is going toward those two areas. Our space costs include the renewal of the undergraduate Houses, which is a key priority of this University. Upkeep of our overall footprint and our campus is really critical. Those are significant demands on our resources. So, as I said earlier, the surplus is good news, but it’s also not reason to pull back on some of these measures we’ve implemented to control costs.

GAZETTE: Can you talk a little bit about the Harvard’s investments in new opportunities for the future, like the development plans in Allston?

FINNEGAN: It’s actually an amazing time in the University’s history. We have the Allston development to consider, and we also have House renewal. Both put demands on our balance sheet and fundraising. They are terrific opportunities, but at the same time they do represent challenges from both a fundraising and an operating standpoint going forward.

LAPP: Allston is a great opportunity for this University. It’s a significant amount of acreage where the University can grow and achieve various aspirations. And our master plan for Allston does include plans to expand not only the HBS campus, but also plans to build a facility for the School of Engineering and Applied Sciences. We think it’s an amazing opportunity for the University, and we think that the campaign is a great way in which to move those plans forward. We are very excited about what Allston means for this University, and we look forward to developing that and having the School of Engineering and Applied Sciences in Allston.

GAZETTE: I know that there have been some constraints on spending in many areas. But at the same time, the University’s commitment to financial aid increased by almost $20 million. Given the challenges facing Harvard, can you comment on the sustainability of financial aid funding going forward?

FINNEGAN: Providing to all who qualify for the opportunity to have an education at Harvard is central to our mission. Since 2004, the College’s financial-aid budget has increased by more than $100 million. Across the University, I believe we spend close to $500 million. Affordability is a very important part of who we are. There are very large parts of the capital campaign devoted to increasing the endowment of this financial aid. So, it’s a critical part of our budget and will continue to be.

LAPP: The gift given by Ken Griffin last year — $150 million largely committed to financial aid at the College — really symbolizes our commitment, and the commitment of our alumni, to financial aid. As Paul indicated, this is a key area for this campaign.

GAZETTE: Is there anything else in the report you would like to highlight?

FINNEGAN: The enhancement of our financial management over the last five or six years is striking, and such efforts have helped the University to achieve these results. It really began with the governance change and the creation of the finance and facilities committees of the Corporation. Katie and Dan Shore put in place risk-management systems, other policies around liquidity, multi-year financial planning and budgeting, and these have had a huge impact on our ability to project and achieve certain results. We very much appreciate Dan’s work, and Katie is spearheading the recruitment of a new CFO. We feel really good about this whole area.

LAPP: I would also say that Jane Mendillo and her team at Harvard Management Company have been fantastic partners with this University, and key contributors as well. Jane has done a tremendous job, and we really wish her all the best in her future endeavors. But we also know that Stephen Blyth is just going to be a strong partner with us as we grapple with some of the challenges ahead.