The debate over mammograms 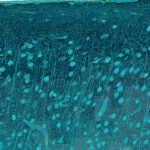 When Mette Kalager published the results of her study of routine mammography screening in two Norwegian counties in September, controversy erupted.

The study indicated that such screening in women ages 50 to 69 every other year had a much smaller impact on breast cancer mortality than commonly thought. The decline due to screening was somewhere between 2 and 10 percent, much less than the 15 to 25 percent mortality reduction estimated in the United States.

If correct, the study calls into question the benefit of a routine medical service provided to millions of women around the world, at a cost of not just health care dollars but also false positives that require re-testing, and overdiagnosis, for which women actually undergo some type of treatment.

Kalager and other authorities in the field gathered at the Harvard School of Public Health (HSPH) Tuesday afternoon (March 8) to debate the benefits of what one New England Journal of Medicine editorial said is perceived as “one of the most important services provided by modern medicine” but that may actually be “a close call.”

Kalager, a visiting scientist at HSPH and an Oslo University Hospital surgeon, was joined for the discussion by Flavia Bustreo, assistant director general for family and community health for the World Health Organization, Felicia Knaul, director of the Harvard Global Equity Initiative and associate professor of social medicine at Harvard Medical School, and Julie Gralow, oncology professor at the University of Washington Medical School. The event, the latest from The Forum at Harvard School of Public Health and available for viewing online,  was moderated by former Washington Post health editor Abigail Trafford.

Both counties saw a reduction in breast cancer mortality over time, 30 percent in the county with screening and 20 percent in the county without it. This likely resulted from greater awareness of the disease in the population and better training of medical personnel. The results indicated there was a 10 percent decrease in breast cancer mortality explained by the screening program. It is possible, however, that even that 10 percent overstates the screening’s effectiveness, because that county also had multidisciplinary medical teams to better treat breast cancer. Women over age 70 in that county — who did not have routine screening but who were treated by the multidisciplinary teams — saw their mortality rate decline by 8 percent.

Much of the discussion Tuesday concerned the difference between breast cancer in industrialized Western nations such as Norway and the United States and in poor and middle-income nations, where a lack of education, screening, and treatment combine to make breast cancer one of the deadliest diseases for women, Knaul said.

Though Kalager’s study called into question the usefulness of mammography screening, Gralow said many previous studies have proven the value of it and credited the gains made against the disease in industrialized countries through early detection and treatment. Because the Norway study focused only on mortality as an easily measurable endpoint, it left out other outcomes important to women that are also affected by early detection of the disease, such as the prospect of a lumpectomy instead of mastectomy and of catching the disease early enough to avoid chemotherapy, Gralow said.

Knaul added a personal aspect to the discussion, since a routine mammogram detected breast cancer in her several years ago. Without that screening, the disease would have been more advanced when finally detected, with perhaps a worse outcome.

Knaul said it is likely that countries like the United States and Norway are victims of their own success in treating breast cancer, since their populations are educated and aware of the disease, doctors and nurses are trained at detecting it, and screening and treatment programs function effectively. Collectively, those factors may reduce the effect of mammography screening alone as a lifesaver.

In the developing world, on the other hand, breast cancer is an enormous problem where fear of the disease is common. When women there are asked why they don’t seek what few screening services are available, Knaul said, they respond that they don’t want to lose a breast because they would be “ugly” and lose their husbands. It’s better not to know, they said.

Knaul argued that increased education and screening in those countries are key to removing the stigma from the disease, to helping people understand its prevalence in the population, and to spurring wider treatment.

“The bottom line is we’re talking about investing in women,” Knaul said.

One of the problems in treating breast cancer around the world, Bustreo said, is a lack of data. In many countries, especially in sub-Saharan Africa, there is little information about breast cancer on which to base intervention efforts. She said she hears a lot of arguments about breast cancer that echo the discussion of treating AIDS in resource-poor countries a decade ago, before a major international effort against that disease was launched.

That lack of data would argue for a research-based approach, said Kalager. She said that trials of the effectiveness of mammography screening should be conducted before designing large-scale screening programs and that, given a choice, resources should go toward building up general health care systems before targeting breast cancer specifically.

“I think the mammography screening field is a lot about beliefs, emotions. We need the science first,” Kalager said.

Knaul countered that women dying of breast cancer shouldn’t be asked to wait while clinical trials are conducted.