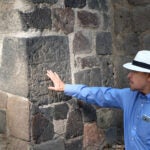 Results from a major clinical trial may have direct implications for patients who remain at increased cardiovascular risk despite taking statin therapy, it was announced Nov. 10.

The trial, led by investigators at Harvard-affiliated Brigham and Women’s Hospital, has found that a drug developed by Amarin Corp. plc, icosapent ethyl — a pure and stable form of the omega-3 acid known as EPA — reduced the risk of death due to cardiovascular causes, heart attack, and stroke in this population. The main results of the Reduction of Cardiovascular Events with Icosapent Ethyl–Intervention Trial (REDUCE-IT), sponsored by Amarin, were presented by Deepak L. Bhatt, executive director of Interventional Cardiovascular Programs at the Brigham and professor of medicine at Harvard Medical School.

REDUCE-IT included more than 8,000 patients with well-controlled LDL-cholesterol who were taking statins to prevent a first or subsequent cardiovascular event. Approximately 70 percent of patients in the study had established atherosclerosis and the rest had diabetes plus at least one other cardiovascular risk factor. Patients had triglyceride levels that ranged from borderline high (135 mg/dL) to near very high (499 mg/dL). Patients were randomized to receive either 2 grams icosapent ethyl twice daily or a placebo and were followed for an average of approximately five years.

The presentation was at the American Heart Association Scientific Sessions 2018 this past weekend and published simultaneously in The New England Journal of Medicine.

Icosapent ethyl is a prescription medication approved to reduce triglyceride levels in patients with very high triglycerides. Studies have suggested that icosapent ethyl may have additional attributes such as anti-inflammatory and cell membrane-stabilizing properties that may also contribute to reducing cardiovascular risk.

Hospitalization for chest pain, heart attack, procedures for coronary artery disease such as stenting, stroke, and cardiovascular death occurred in 17.2 percent of patients taking icosapent ethyl versus 22 percent of patients taking the placebo — an absolute risk reduction of 4.8 percent. The team also reported a significant 26 percent reduction in the trial’s key secondary endpoint, which included cardiovascular death, nonfatal heart attack, or nonfatal stroke (11.2 percent for the icosapent ethyl group vs. 14.8 percent for the placebo group).

The researchers note that cardiovascular benefits appeared similar irrespective of patients’ baseline levels of triglycerides or levels achieved after one year, suggesting that the cardiovascular risk reduction was not solely tied to achieving a more normal triglyceride level.

“The exact mechanisms responsible for the impressive benefits seen in the REDUCE-IT trial are not currently known,” said Bhatt. “The significant effects on very different endpoints, such as cardiac arrest and stroke, suggest that this drug may have multiple biological mechanisms of action that have not been shown for any other therapy and cannot be generalized to other omega-3 products.”

REDUCE-IT was sponsored by Amarin. Brigham and Women’s Hospital receives research funding from Amarin for the work Bhatt did as the trial chair and as the international principal investigator. Disclosure forms provided by the authors are available with the full text of the article at NEJM.org.