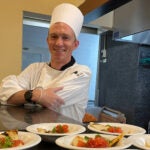 Twenty-five mayors arrived at Harvard on Nov. 30, some just days after winning their elections, for a newly designed Program for New Mayors. Offered by the Bloomberg Center for Cities at Harvard University with Harvard Kennedy School’s Institute of Politics and the US Conference of Mayors, the program builds on a longstanding seminar for new mayors that originated at the IOP in 1975.

The Program for New Mayors is the most recent product of Mike Bloomberg’s commitment to the University to establish the Bloomberg Center for Cities, a global hub for advancing research, learning, and collaborations with city leaders on local leadership and governance.

I learned so much this week alongside America’s new mayors at Harvard’s Program for New Mayors.

I’m incredibly inspired, but also happy to be home. pic.twitter.com/FZcJQyco6w

Classroom and panel discussions were led by program co-chairs Mitchell Weiss, the Richard L. Menschel Professor of Management Practice at Harvard Business School; Kimberlyn Leary, associate professor at the Harvard Medical School, associate professor at the Harvard T.H. Chan School of Public Health, and a lecturer in public policy at the Harvard Kennedy School; and Jorrit de Jong, Emma Bloomberg Senior Lecturer in Public Policy and Management at Harvard Kennedy School and director of the Bloomberg Center for Cities.

Many of the participating mayors and mayors-elect traveled to Cambridge from the West coast, particularly California and Oregon. The average size of participating cities is 227,000 residents. Together the 25 attendees represent more than 5.3 million people.

Sessions at Harvard Kennedy School were designed to help the new leaders make the most of their roles, gaining strategic insights for leading cities and building out their city hall team and organization in the first days and months of their administrations.

The program provides an opportunity to share promising approaches and learn from fellow mayors about ideas that are already helping to enhance the quality of life in cities around the world.

Mayors and mayors-elect at the Program for New Mayors: