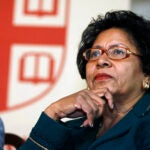 Bloomberg Philanthropies, in collaboration with Harvard University, announced today an expansion of support for city leaders with a new, $150 million investment to establish the University-wide Bloomberg Center for Cities at Harvard University. This center builds upon the success of the Bloomberg Harvard City Leadership Initiative, a collaboration between Bloomberg Philanthropies, Harvard Kennedy School, and Harvard Business School established in 2017, and will strengthen the capabilities of mayors and their teams, advance effective organizational practices in city halls around the world, support a new generation of public servants as they encounter unprecedented challenges in the years to come, and produce new research and instructional materials that will help city leaders.

“This is a major new investment in the people who have enormous and unique powers to attack society’s biggest challenges: mayors. The pandemic has driven home just how important mayors are to the everyday lives of billions of people. They are the most creative and effective problem-solvers in government — and that’s exactly the kind of leadership that the world urgently needs,” said Michael R. Bloomberg, 108th mayor of New York City and founder of Bloomberg L.P. and Bloomberg Philanthropies. “Building on our partnership with Harvard, this new investment will help more city leaders learn from one another and get even more big things done locally.” 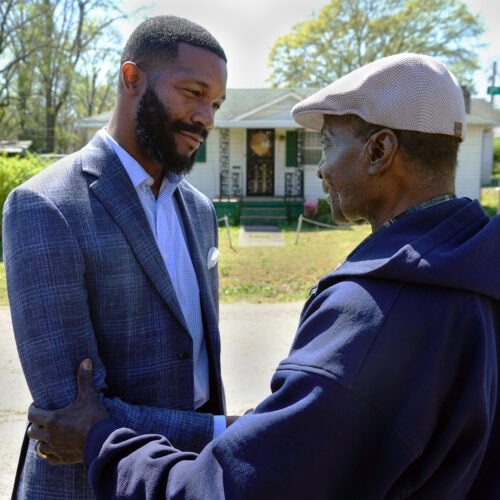 Two mayors talk pandemic, civic unrest, and the value of a network of peers

“Harvard is honored to partner with Bloomberg Philanthropies to strengthen the ways in which we support local leaders whose cities are facing unprecedented challenges,” said Harvard President Larry Bacow. “The University is home to many people who are committed to serving the public and improving communities through deep expertise, useful knowledge, and wide-ranging research. The prospect of helping to bring about more effective leadership through collaboration and innovation is as exciting as it is inspiring. We look forward to seeing the resources, tools, and support provided by the center put to good use in city halls around the world.”

The investment will deepen and broaden Bloomberg Philanthropies and Harvard University’s commitment to current and future city leaders through the following elements:

Launched in 2017 with an initial $32 million investment, the Bloomberg Harvard City Leadership Initiative has provided robust training and support to 159 mayors and their 800 top advisers from 153 cities. The initiative’s programs create a deep and powerful impact on the participating mayors and their cities, going beyond executive education classes to provide additional programming, support, and team development over the course of a yearlong engagement for each city.

“Mike Bloomberg has always used his expertise, time and resources to help mayors — and it’s made a huge difference to my peers and me, especially through his collaboration with Harvard University,” said Paterson, N.J., Mayor André  Sayegh. “This expanded effort is great news for America’s local leaders.”

“Mike Bloomberg and Harvard University have made an extraordinary impact on mayoral leadership,” said Steve Benjamin, mayor of Columbia, S.C. “Their work has empowered cities to lead through some of the most challenging circumstances of our time, including a global pandemic. The continuation of their support will be critical to the next generation of local leaders.”

In response to the multiple crises, including the global COVID-19 pandemic, in 2020‒2021 the initiative convened mayors and their teams on a weekly basis to provide up-to-date public health information and guidance, crisis-management tools, and the opportunity to share key learnings and practices that helped them lead their cities through the turbulent times. This initiative has reached 379 mayors and 826 city leaders from 49 countries. The initiative also launched five new programs, facilitating city-to-city networks and relationships among mayors that enabled the flow of public-health guidance, helping mayors gauge potential emergency responses with each other in real time. These new relationships have also served as a foundation for mayors to offer each other advice and learn in real time from one another how to lead response-and-recovery efforts.

“The Bloomberg Harvard City Leadership Initiative provided a great opportunity for me and my staff to develop new skills and think about confronting challenges in different ways. In a year with no shortage of difficult situations, I could see our team flex and grow these new leadership muscles in real time,” said Dayton, Ohio, Mayor Nan Whaley.

“In our position as mayors it’s easy to feel like you’re working in isolation. Credit goes to Bloomberg Philanthropies and Harvard University for proving that leadership doesn’t have to be an island. They have created camaraderie among dozens of mayors from across the globe, allowing us to collaborate and find synergy as we all address our top priority — meeting the everyday needs of our residents,” said Randall Woodfin, mayor of Birmingham, Ala.

The Bloomberg Harvard City Leadership Initiative is a collaboration between Harvard Kennedy School, Harvard Business School, and Bloomberg Philanthropies to equip mayors and senior city officials to tackle complex challenges in their cities and improve the quality of life of their citizens. Launched in 2017, the initiative has worked with 400 mayors and 1,300 senior city officials in 478 cities worldwide. The initiative has also advanced research and developed new curricula and teaching tools to help city leaders solve real-world problems. For more information, please visit the Bloomberg Harvard City Leadership Initiative or visit us on LinkedIn and Twitter.