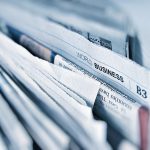 Nieman Foundation for Journalism announces the 84th class of fellows

For Harvard’s Lawrence D. Bobo, the month of May made for notable additions to his academic trophy case. The W.E.B. Du Bois Professor of the Social Sciences and dean of social science was awarded two major prizes in the field of public opinion research and received an additional honor from his alma mater, Loyola Marymount University.

Delayed by the pandemic, the American Association for Public Opinion Research, the nation’s oldest and largest organization of survey professionals spanning government, nonprofit, commercial, and academic settings, gave its highest honor to Bobo as the 2020 AAPOR Award for Exceptionally Distinguished Achievement.

Bobo was named the winner for advancing theory, methods, and data infrastructure on public opinion research and promoting understanding of racial attitudes among the public, the media, and policymakers. Previous awardees have included luminaries in the field such as George Gallup Sr. and revered public intellectuals like Walter Lippman.

Also this month, Bobo was named recipient of the 2021 Warren Mitofsky Award from The Roper Center for Public Opinion Research at Cornell University. The award honors the life and work of the late Warren J. Mitofsky, the longtime chair of the Roper Center and an innovator in survey research who pioneered the national election night media exit polls.

The award recognizes Bobo’s scholarly contributions to understanding public opinion, in particular the opinions of and about African Americans.

“I am at once thrilled and humbled to receive the AAPOR award and the Mitofsky Award,” said Bobo. “These awards have literally gone to the giants in the world of survey-based research. As such, these were unexpected honors which I will cherish.”

Bobo, a scholar of sociology and African and African American Studies, has illuminated issues of inequality, politics, and race in his research. He was hired in 1997 to a joint position in sociology and the former Afro-American Studies Department and helped found the FAS Inequality in America initiative, a multidisciplinary effort to elevate teaching and research in this critical area.

Bobo is a founding editor of the Du Bois Review: Social Science Research on Race, and an elected member of the National Academy of Science. He is a fellow of both the American Academy of Arts and Sciences and the American Association for the Advancement of Science and has held tenured appointments in the sociology departments at UCLA and Stanford, where he was director of the Center for Comparative Studies in Race and Ethnicity.

Bobo is co-author of the award-winning “Racial Attitudes in America: Trends and Interpretations.” His most recent book, “Prejudice in Politics: Group Position, Public Opinion, and the Wisconsin Treaty Rights Dispute,” was a finalist for the 2007 C. Wright Mills Award.