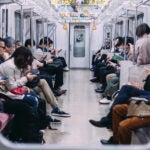 Harvard Management Company (HMC) announced that it plans to make its facilities and operations net-zero of greenhouse gas (GHG) emissions for the current fiscal year (which began on July 1, 2021), a first among higher education endowments. This effort builds off of the University’s emissions reductions plans for its campus that began in 2006 and the commitment made last year to make its endowment portfolio net-zero by 2050.

“For years, HMC has been a vocal advocate for addressing climate risk in the financial sector,” said Narv Narvekar, CEO of HMC. “Following Harvard’s pledge to make the endowment portfolio net-zero of GHG emissions, we felt it was important to hold ourselves to that same standard.”

Headquartered in Boston, HMC is an independent investment office formed by Harvard University in 1974. It invests the University’s endowed funds and related financial assets that support scholarships, teaching, research, museums, and more. Annual distributions from the endowment represent more than one-third of the University’s operating budget.

“Harvard has been addressing climate change through our research and teaching, as well as our campus and operations. It is critical that affiliated organizations, like HMC, join us in the cause, and this move is an important aspect of our effort to model practices that will help to speed progress toward a sustainable future,” said Bacow.

HMC plans to share more information on this effort in their annual Climate Report, which will be released early next year.