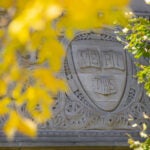 Evelynn Hammonds, Barbara Gutmann Rosenkrantz Professor of the History of Science and professor of African and African American Studies, and professor in the Department of Social and Behavioral Sciences, T. Chan School of Public Health, will be the inaugural Audre Lorde Visiting Professor of Queer Studies at Spelman College for the 2022-23 academic year.

The position is the first-ever endowed professorship in queer studies at a Historically Black College or University, and is named for poet and activist Audre Lorde. During her visiting professorship, Hammonds will spearhead the planning of an international conference on queer studies.

As part of her appointment, Hammonds—a Spelman alumnae—will also provide leadership for a longer term, collaborative partnership between Harvard and Spelman. She will also develop and teach a course on “Race, Gender, Sexuality, and Science” that will be offered to Spelman and Harvard students in 2023.

“It is such a tremendous honor for me to return to Spelman College as the Audre Lorde Visiting Professor of Queer Studies,” said Hammonds. “Lorde was an extraordinary writer, activist and friend whose work changed my life. It is such a privilege to be able to carry on her work at my dear alma mater.”

A pioneering scholar of gender, race, history of science, and public health, Hammonds has taught at Harvard since 1999 and is a former dean of Harvard College. She is the president-elect of the History of Science Society, an elected member of the National Academy of Medicine, and a fellow of the American Academy of Arts & Sciences. Her current research focuses on the intersection of scientific, medical, and socio-political concepts of race in the United States. She is completing a history of biological, medical, and anthropological uses of racial concepts entitled “The Logic of Difference: A History of Race in Science and Medicine in the United States, 1850–1990” and the “MIT Reader on Race and Gender in Science,” co-edited with Rebecca Herzig and Abigail Bass.

In addition to a B.S. in physics from Spelman, Hammonds holds a bachelor’s in electrical engineering from Georgia Institute of Technology, a master’s degree in physics from MIT, and a Ph.D. in the History of Science from Harvard.

“We are excited to welcome Dr. Hammonds to campus,” said Mary Schmidt Campbell, president of Spelman. “Her current work, which focuses on the intersection of scientific, medical, and socio-political concepts of race in the United States will be of great benefit to our students engaged in studying similar themes in the Women’s Research and Resource Center.”