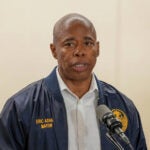 In debate over drivers of obesity, David Ludwig argues for shift from behavioral to biological paradigm

Statistics show a weight emergency in the U.S., with tens of millions of adults overweight or obese. Experts are divided on causes and solutions, with the prevailing wisdom focused on “energy balance”: We eat too much and move too little. That idea collides with evidence that obesity is rooted in a vestige of the 1990s low-fat craze: an imbalance in the kinds of foods we eat, with too many highly-processed carbohydrates and too few healthy fats. Those fast-digesting carbs trigger fat cells to vacuum up too many calories, leaving the rest of the body hungry and us reaching for that second bag of chips. If true, it means we’ve gotten obesity backward, according to David Ludwig of Boston Children’s Hospital.

Ludwig, founder of the hospital’s program for overweight youth and a professor of pediatrics at Harvard Medical School, says that our fatter fat cells are the cause, rather than the result, of overeating, and that whole carbs and more healthy fats are the satiating solution. As Americans navigate the holiday season with one eye on their plates and the other on their waistlines, we talked to him about drivers of the country’s obesity crisis and how more of us can maintain a healthy weight. The interview has been edited for clarity and length.

GAZETTE: I was surprised to learn that experts are still debating obesity’s causes, which of course affects how it is treated. What is the main debate?

LUDWIG: Most people intuitively understand that all foods are not alike to the body. Yet the foundations of obesity prevention and treatment remain mired in the calorie in/calorie out, all-calories-are-alike paradigm. If you go to your doctor and seek a weight-loss diet, the medical societies advise the doctor to institute a calorie restriction — typically 500 calories less than your predicted requirements. But if all calories are not metabolically alike, if we burn more calories on one diet than another, then the very notion of an objective calorie requirement makes little sense. This would mean that calorie requirements will vary, based not only on physical activity, but also based on the foods we choose. In other words, 100 calories of Oreos would affect body fat storage differently than 100 calories of olives.

GAZETTE: How has the calories in/calories out model survived the low-fat diet debacle, which some believe played a role in rising obesity since the 1980s?

LUDWIG: The energy-balance perspective seems to make sense, because people do have control over their calorie balance — how much they eat, how much they burn off — over the short term. Most people can lose a few pounds by restricting calories for a short while, but few can keep the weight off — let alone keep losing weight — for more than a few months. This difficulty is usually ascribed to a lack of willpower, discipline, and self-control, contributing to the stigma that people with obesity suffer. But often disregarded is that this inability to maintain weight loss is more about biology than behavior.

With calorie restriction, the body fights back in predictable ways, initially by increasing hunger. And hunger isn’t a fleeting feeling, it’s a primal biological signal that your body wants fuel. For the few people who can ignore hunger over the long term, the body fights back in other ways, by slowing metabolism. That means we must keep eating less and less, even as our desire for calories grows, to continue weight loss on a conventional diet. That’s a battle between mind and metabolism most people can’t win.

GAZETTE: What is the alternate framework?

LUDWIG: Thinking about obesity from a biological rather than a behavioral perspective may offer a powerful new approach. Anybody who’s gaining weight has to be in a positive calorie balance — that’s a law of physics — but instead of viewing obesity as caused by a positive energy balance, the “carbohydrate-insulin model” reverses that and says that the process of depositing too many calories into the fat tissue drives the positive energy balance. Consider the adolescent growth spurt. During puberty, teens grow rapidly and eat much more than they did earlier in childhood. But which comes first? Does overeating cause the growth spurt or does the rapid growth, with deposition of those extra calories into new body tissue, cause the hunger and overeating?

GAZETTE: What’s the mechanism that makes this alternate model work?

LUDWIG: The main problem, according to this view, is these fast-digesting carbohydrates that flooded our diet during the low-fat era of the late 20th century — white bread, white rice, prepared breakfast cereals, popcorn, chips, fat-free packaged snack foods, and sugary beverages. These modern industrial products digest into glucose within minutes of consumption, raising insulin more than any other food. High insulin then drives fat cells to take in extra calories and the persistent effects of insulin inhibit release of those pent-up calories a few hours after the meal, when the body needs access to stored energy. All it takes is a small shift in where calories wind up — in muscle to be burned or in fat to be stored — to account for most common forms of obesity, which occur over years and decades. This could be as little as 10 calories a day, less than the energy in a teaspoon of sugar, too small to measure in short clinical trials.

GAZETTE: In your 2016 book, “Always Hungry,” you talked about President William Howard Taft and how he ended up gaining weight even while on calorie-restricted diets —

LUDWIG: And he described himself as being “continuously hungry” while following the low-calorie, low-fat diet recommended by his doctors. Many dieters can relate. When 95 percent of the population can’t stick to a calorie-restricted diet for the long term, perhaps the problem isn’t willpower, discipline, or compliance. Perhaps the problem is with the prevailing energy-balance paradigm.

This alternative view is well-established in animal models of obesity. Give a mouse too much insulin and they will get hungry, eat more, and gain weight. But if you prevent the mouse from overeating by restricting calories, it will still get fat at the expense of lean body tissue; it’ll cannibalize its muscle to compensate for the calories trapped in fat. That’s the hallmark of the “internal starvation” that we describe in the carbohydrate-insulin model, and I think it offers a compelling explanation for why it’s so difficult to stay on a low-calorie diet. Similarly, rodents consuming fast-digesting carbohydrate develop strikingly more body fat despite consuming fewer calories than those consuming slow-digesting carbohydrate.

Of course, these highly controlled feeding studies are much harder to do in humans: You can’t lock people up for months or years on a metabolic ward. However, many lines of evidence suggest these effects in animals also occur in people, as my collaborators and I summarized in recent reviews in the American Journal of Clinical Nutrition and the European Journal of Clinical Nutrition.

GAZETTE: How strict does a low-carbohydrate diet have to be to be effective?

LUDWIG: There’s two ways of lowering insulin secretion involving carbohydrates. One is to shift from fast- to slow-digesting carbohydrates and keep a similar total amount. The other way is to reduce the total amount of carbohydrate by substituting with higher-fat foods. For many people, a modest shift, perhaps just back to the 40 percent of calories from fat that we ate before the low-fat diet era, may be enough to produce long-term weight and health benefits. A diet with 40 percent fat, consistent with the Mediterranean diet, allows plenty of flexibility and variety. For people with a severe metabolic problem, especially diabetes, more intensive restriction of total carbohydrates, such as with the ketogenic diet, may provide the greatest benefit.

GAZETTE: How should we think about this as we come into the holidays, when we gather and maybe eat too much?

LUDWIG: There is some evidence that people gain much of their annual weight increase during key windows through the year. The extra calories, even if they come during a relatively short time window, seem to get stuck in our bodies, ratcheting up the weight gain for the year. So we do need to consider this during the holiday period. But a lower-carbohydrate diet doesn’t have to involve restriction and deprivation. Quite the opposite. The aim is to give the body all the calories it wants, but in a different form that supports metabolism and promotes satiety. Fortunately, high-fat foods like nuts and nut butters, full-fat dairy products — especially fermented — avocado, olive oil, even dark chocolate are not only nutritious, but also delicious. 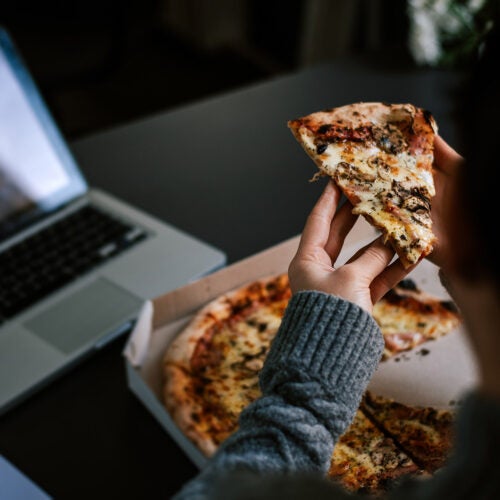 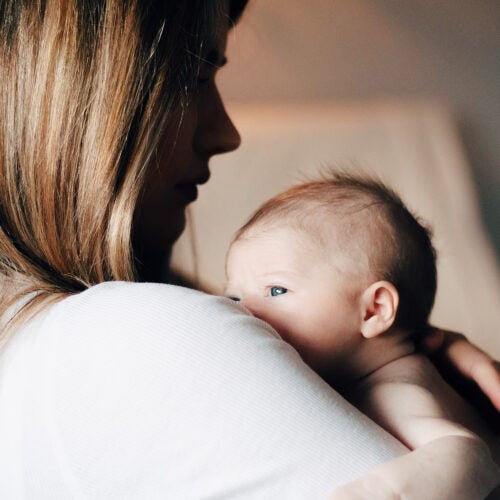 Preventing childhood obesity in the first 1,000 days of life