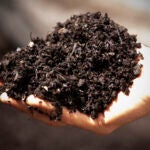 In a new meta-analysis from Harvard T.H. Chan School of Public Health, researchers found that people with the highest adherence to “overall” predominantly plant-based diets had a 23 percent lower risk of Type 2 diabetes than those with weaker adherence to the diets. They also found that the association was stronger for people whose diets emphasized healthy plant-based foods.

“Plant-based dietary patterns are gaining popularity in recent years, so we thought it was crucial to quantify their overall association with diabetes risk, particularly since these diets can vary substantially in terms of their food composition,” said first author Frank Qian, who conducted the research as a master’s student in the Department of Nutrition.

While previous studies have suggested that plant-based dietary patterns may help lower Type 2 diabetes risk, there has been a lack of research analyzing the overall body of epidemiological evidence. According to the researchers, the current study provides the most comprehensive evidence to date for the association.

One mechanism that may explain the association between predominantly plant-based diets and reduced Type 2 diabetes risk, according to the researchers, is that healthy plant-based foods have been shown to individually and jointly improve insulin sensitivity and blood pressure, reduce weight gain, and alleviate systemic inflammation, all of which can contribute to diabetes risk.

“Overall, these data highlighted the importance of adhering to plant-based diets to achieve or maintain good health, and people should choose fresh fruits and vegetables, whole grains, tofu, and other healthy plant foods as the cornerstone of such diets,” said senior author Qi Sun, associate professor in the Department of Nutrition.