A Cup as complex as world 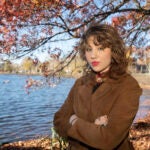 The World Cup kicks off Sunday in a historic moment for Qatar, the first Arab country to host the quadrennial international soccer tournament. It will also mark the first time the event will not be held in the summer, due to the soaring seasonal heat in the Middle East. Ten years in the planning, these games have been filled with controversy, including allegations of bribery of FIFA officials in awarding Qatar the tournament, the deaths of thousands of migrant workers hired to build the soccer infrastructure, and the host nation’s anti-gay laws. Cemal Kafadar, director of the Center for Middle Eastern Studies and Vehbi Koç Professor of Turkish Studies in the Department of History, shared his views on the complexities of this World Cup. This interview has been edited for clarity and length.

GAZETTE: What does it mean that Qatar is hosting the World Cup?

KAFADAR: It is a special case, of course, because I immediately think of the season. One might not necessarily start there, but this changes something that is like a holy day for millions of soccer fans around the world once every four years in the summer. Religious calendars are full of these kinds of events. And for soccer fans it is their holy calendar. If the games are being played on another continent, you’re supposed to wake up very early to watch; no religion without some asceticism.

Always being in the summer also tallies well with the futbol seasons of different countries. Leagues finish their seasons before the start of World Cup games. Players have time to rest. Fans also have time to catch their breath from engagement with their own national leagues, or continental champions’ leagues, and then focus on the World Cup monster. This one doesn’t provide that chance. National leagues are continuing — in fact, in Istanbul, my hometown, and elsewhere Derby games were played last weekend, and this week friends have been telling me this is scandalous. I have gotten messages from the U.K., from Lebanon, from Turkey. So in Qatar, the calendar change — that this is happening for the first time in November/December —interrupts the “nationalized” rhythm of the soccer world.

GAZETTE: Is that kind of interruption a good thing, to change the way it’s always been?

KAFADAR: I don’t think so. Like many fans, I’m a purist. Maybe we don’t want the calendar to be tinkered with. But it’s also a matter of the heat, and nobody knows how that’s going to work out. I’m sure they’ve taken all kinds of technological and other types (architectural, etc.) of measures to make things comfortable. But that too makes one worried about energy, about climate change, in our day with heightened sensitivities around environmental issues. And of course there are the labor circumstances in Qatar. In the Gulf we have for years been worried about circumstances with foreign laborers, coming mostly from South Asia and Southeast Asia, and some poorer parts of the Middle East. It’s a big network, a dense fabric of workers whose remittances go back to the homelands. Folks, mostly males, leave their families behind to work in the Middle East. Women also go — independent of the soccer cup — as nannies or to do other types of household work. It’s very heavily, at least until recently, unprotected labor and some people have compared it to indentured slavery or serfdom. It’s really became worse, obviously, when you had to do so many new constructions with such deadlines as Qatar did. And temperatures are likely to reach 90 degrees on some of the days. Eventually the game will probably win over, but since these circumstances of labor in particular loom large in our minds, many fans are ambivalent. One thing is certain: As academics, we will be studying and developing some new thinking on all this.

At the Center for Middle Eastern Studies, with this [Global Sports] Initiative of Stephen Ortega, we’ve organized an event around Lilian Thuram, a former French player who wrote a book, “White Thinking: Behind the Mask of Racial Identity,” who is coming ahead of the France/Tunisia match. We shall watch it together with him and our community before a larger public discussion of his book. We hope it will be engaging for the community, even if some are not into futbol.

I’m also trying to arrange for a representative from International Labor Organization-United Nations to speak to us before or soon after that event. As an academic institution, we need our community to be aware of the circumstances surrounding Qatar and what they might tell us about the future of these events. Frankly, if this were to continue, many of us might be turned off from the World Cup. At the same time, we should be wary of exceptionalizing Qatar to the degree that it makes us forget about earlier World Cups held in authoritarian countries with abysmal human rights records.

GAZETTE: Just last week a World Cup ambassador — and former Qatari player — called homosexuality “damage in the mind.” In the context of these games being played in a country with anti-gay laws, how should fans react?

KAFADAR: Yes, it’s terrible, but I’m not surprised. Futbol players have been coming out or at least speaking out only in certain countries and even in those countries it can still be met with negative responses. Imagine yourself a player who faces this kind of rhetoric, and you’re going to Doha to play. Fortunately there are players like Lilian whose main thrust of activism is for racial justice, but he is also well aware of other kinds of discriminations and injustices. He also stands up for those other forms of discriminations. It is divided between voices of reason and what I would consider to be good moral values of human rights and equality versus deeply entrenched prejudices in soccer culture.

GAZETTE: So do you see it more as a wider soccer culture problem?

KAFADAR: Oh, I don’t believe Qatar is particular in this. I mean, in certain parts of the world, homophobia is a bigger problem. In the Middle East, there is great diversity and variation in this regard, though the overall record is pretty bad. Let me give you an example from Turkey, which is the country I am from and I know best. Ten or 12 years ago Turkey was, for two three years in a row, a place where the Pride Day was celebrated with great participation and fanfare and very publicly in the largest square in Istanbul. Thereafter it got less and less safe. For the last two or three years, it’s become banned. Some folks defy the ban, but it often leads to arrests and subjection to police violence.

GAZETTE: So what you’re saying is that the progress for gay rights in Middle East isn’t linear?

KAFADAR: Precisely. And lately, of course, the turn to authoritarianism is so common. So I don’t want to just say typically in the Middle East, this is what happens, but it is, of course, one of the parts of the world where it’s more difficult for LGBTQ communities to be out in the open. That breaks my heart, but that’s the way it is.

GAZETTE: Do you think that allowing Qatar to have this giant stage will ultimately be a step forward for this activism? That the country may move toward more openness?

KAFADAR: I, like many of my colleagues who will study this, am a firm believer in unintended consequences as playing a big role in history. After the cup, we can try to understand how and see the logic, but it’s impossible to predict. There’s so much that flows within a particular context that can be best described as unintended consequences, and whatever the intentions of Qatari authorities or international football associations, yes, it could generate discussion. There is already vibrant debate and sharp awareness of the issues, in conventional networks as well as social media. Some of these players are some of the most famous people in the world. Whatever they utter, even in a single sentence, can be extremely influential upon millions and millions of people. Brazil has always been a big soccer culture, and Neymar is one of the best Brazilian players. Just before the last election there, he announced support for President Jair Bolsonaro. Ultimately, he lost. But I’m sure his word was still significant for some people. And there may be other big players like Thuram who beg to differ.

GAZETTE: So will you watch this World Cup?

KAFADAR: It’s in the middle of the semester so I won’t be able to watch as much and that’s OK. Really, I am of two minds. When they move into the later stages, of course, it’s too enticing to pass up, especially if you have, say, an African team go farther than expected. Then you begin rooting. But I think honestly, let us see. My prediction would be that fans will be a bit cold. I haven’t heard of anyone totally negating and boycotting, but it will be a bit colder in that respect. But once you have a game like Brazil-Germany, or a smaller soccer country deep into the later stages, I don’t think a soccer fan will be able to resist, for better or worse. Some games, like France-Tunisia, have a different kind of historical resonance. It’s not universally a big game for soccer fans; Tunisia has never been one of the top teams. But given the history between France and Tunisia, if you are interested in North Africa, Mediterranean cultures, and modern history of Europe, then this game has great resonance. Or a U.S.-Iran game (if Iran is able to participate) resonates way beyond soccer culture because it’s happening in 2022 with a particular kind of history in its background.

The magic of it is in not knowing how it unfolds. It’s full of surprises. We focus on particular players if they have said interesting, worthy things. You feel part of a larger international community paying attention to the same story, to the same character.