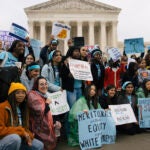 Lawyers cite wider value of campus diversity on culture, economy of nation, push back against claims of bias against Asian Americans

WASHINGTON — Harvard vigorously defended admissions that consider race as one factor among many in arguments before the Supreme Court on Monday.

The hearing came eight years after Students for Fair Admissions Inc., founded by conservative activist Edward Blum, first sued Harvard seeking to end its race-conscious admissions policy, which is supported by more than 40 years of legal precedent, by charging that Harvard College discriminated against Asian Americans and failed to comply with precedent regarding the consideration of race. Two lower courts ruled for Harvard on all counts, rejecting SFFA’s arguments, before the Supreme Court accepted the case. The justices, who earlier Monday heard arguments in a similar case SFFA filed against the University of North Carolina, are expected to issue their ruling before the end of June.

Arguing for Harvard, lead attorney Seth Waxman pushed back on “false” SFFA assertions that Harvard considers race “a minus” when it comes to Asian American applicants. Waxman cited the federal district court judge’s finding, reaffirmed by the court of appeals, that there was “no evidence” that Harvard discriminated. On the question of “race-neutral” alternatives, Waxman said that the College continues to evaluate such measures. There has been some success, he noted — citing examples like Harvard’s generous financial aid program — but nothing sufficient to take the place of race-conscious admissions.

SFFA attorney Cameron T. Norris faced tough questions from Justices Sonia Sotomayor and Elena Kagan after arguing that while racial diversity was “not a bad thing,” it was “not a compelling interest” that would justify Harvard’s consideration of race. Kagan asked Norris what happens to schools like Harvard if they can’t achieve diversity because race has been taken away as one of their tools.

“The premise of your argument is that even if race-neutral criteria could not achieve [diversity], Harvard can’t use race-conscious criteria. And that must be because you think it’s just not important enough — isn’t that right?” Kagan said.

Other justices challenged Harvard’s position at different moments in the hearing. Justices Neil Gorsuch and Amy Coney Barrett questioned the necessity for race-conscious admissions nearly 20 years after the Grutter decision. Justices Samuel Alito and Clarence Thomas seemed skeptical that diversity provides quantifiable educational benefits that might justify the consideration of race during the admissions process.

Arguing on behalf of the U.S. government, Solicitor General Elizabeth Prelogar strongly rebuked SFFA’s claim that its case against Harvard was analogous to Brown v. Board of Education, calling that view “wrong in just about every respect.”

Transcript
U.S. SOLICITOR GENERAL ELIZABETH PRELOGAR: Petitioner seeks a sweeping ruling that would harm students as schools and colleges throughout the nation. A blanket ban on race-conscious admissions would cause racial diversity to plummet at many of our nation’s leading educational institutions. Race-neutral alternatives right now can’t make up the difference so all students at those schools would be denied the benefits of learning in a diverse educational environment. And because college is the training ground for America’s future leaders, the negative consequences would have reverberations throughout just about every important institution in America. For the United States military, as I’ve explained, having a diverse officer corps is a critical national security imperative. For corporate America, diversity is essential to business solutions. For the medical community and scientific researchers, diversity is an essential element of innovation and delivering better health outcomes.

“There is a world of difference between the situation this court confronted in Brown, the separate but equal doctrine that was designed to exclude African Americans based on notions of racial inferiority and subjugate them … a world of difference between that and the university policies at issue in this case, which are not intended to exclude anyone on the basis of race but, rather, are designed to bring individuals of all races together so that they can all learn together and benefit from that diverse educational environment.

“I think it is profoundly ahistorical to say, as [SFFA does], that those situations are precisely equivalent, and it also trivializes the grievous moral and legal wrongs of state-sponsored segregation.”

Prelogar argued that a ban on race-conscious admissions would “harm students” across the U.S. and cause campus diversity to “plummet.”

“Because college is the training ground for America’s future leaders, the negative consequences would have reverberations throughout just about every important institution in America,” she said, noting that diversity is important in the military, business, and in innovation.

Monday’s arguments were the latest chapter of a legal battle that started in 2014, when SFFA sued Harvard in U.S. District Court in Boston alleging that its race-conscious admissions policies discriminated against Asian Americans and were unconstitutional. In 2019, after a three-week trial, a district court judge upheld Harvard’s limited use of race in admissions and found no evidence that Harvard was unlawfully discriminating against Asian Americans or any other racial groups.

A year later, the First Circuit Court of Appeals affirmed the district court’s judgment for Harvard, holding that after a careful review of the record, “Harvard’s race-conscious admissions program does not violate Title VI of the Civil Rights Act.” Despite those unanimous decisions, SFFA petitioned the Supreme Court in 2021 to hear the case. After the Court agreed to take the case, wide coalitions of organizations, including civil rights advocates, multinational corporations, and the U.S. military, spoke out in support of Harvard’s practices. 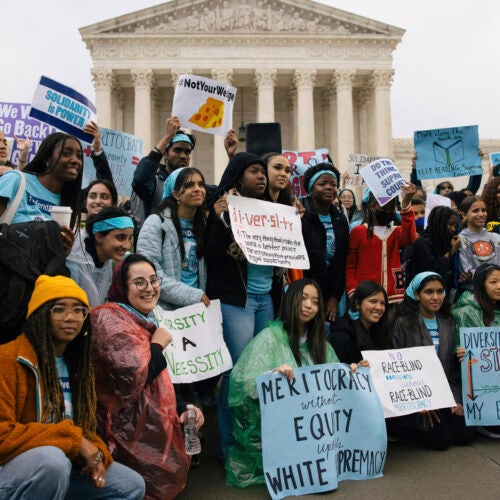 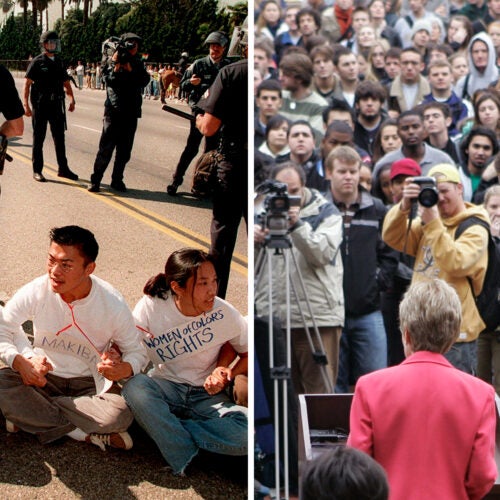 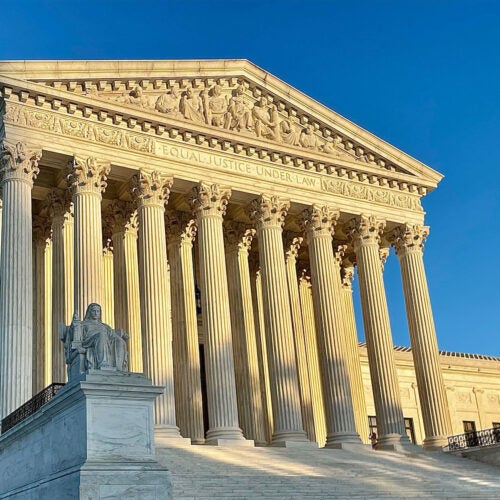 What to know about Harvard’s case in Supreme Court

Lower courts, along with over 40 years of precedent, have approved using race as one factor among many in admissions 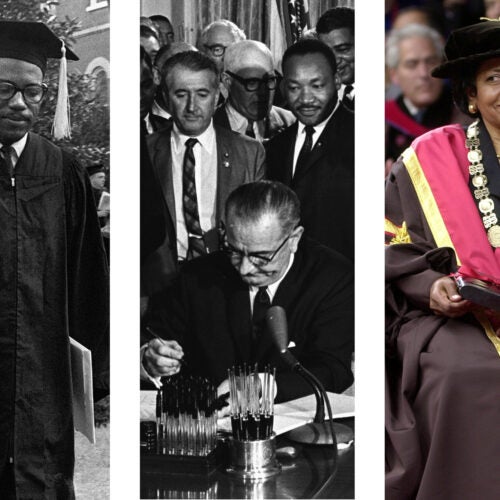 Education has been a force for racial progress in the U.S., but we still have a long way to go