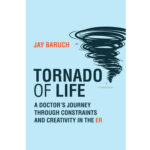 With the return of students comes the return of the Harvard University Committee on the Arts’ commissions, which give artists an opportunity to research, create, and premiere new work on campus.

On Sept. 15 and 16, HUCA will host Atlantic Connections, a jazz performance created by vocalist and composer Alicia Hall Moran and Yosvany Terry, a senior lecturer on music in the Faculty of Arts and Sciences and the director of the Jazz Ensemble. The performance is a song cycle — a collection of songs and poems woven together into one musical piece — that will explore motherhood, homeland, love, loss, distance, displacement, and water as some of the elements that spiritually connect the peoples of the African diaspora, the cycle’s theme.

“People can look forward to seeing, listening to, and experiencing a different dimension and understanding of the African diaspora,” said Terry, an internationally known composer and Grammy-nominated musician. “This is a multidisciplinary project that includes poetry and music, but it also includes composition and improvisation in the moment, and therefore some form of performance or theater could come through as well.”

The music is inspired by words from prominent artists of the African diaspora, including Maya Angelou, Salgado Maranhão, and Sylvie Kandé. Each poem was selected by Terry based on common elements of belonging and connections between the knowledge and philosophies that have traveled out of Africa, into the Americas, and around the world.

“The song is a vehicle to portray the culture and philosophy of the diaspora,” said Terry. “When you hear it, one of the things that will happen to you is that you will find familiarities — notice things that you’ve heard before — but also hear things that you don’t recognize, but speak to you at the same time. It’s music that has just been born.”

“From a technical standpoint, I would say the performance is poly-everything,” she continued. “Polyrhythm, poly-tonality, poly-culture, and it is designed to be immersive. There is not a nation in the world that is without its spirit and pulse. So between all of our trainings, we’re going to [bring each of them to the stage].”

Adding to the gravitas of the performance are the talented artists whom Terry has curated to join him onstage. In addition to Hall Moran, the group includes Fabian Almazán, a graduate student at Harvard, and Yunior Terry and David Virelles, jazz musicians based in New York City.

“This group that [Yosvany] has brought together is so exceptional, and it blows my mind that I’m going to be in a room with these centuries worth of information about music around the globe,” said Hall Moran.

“Yosvany is really trying to combine a lot of different musical elements to depict a culture that has a lot of nuance and diversity to it,” said Almazán, a two-time Grammy nominee who was just 14 when he first met Terry.

“[He is] coming forward with this cornucopia of thought and expression and experience of culture around the world,” said Hall Moran.

The performance is the most recent commission from HUCA, which has brought contemporary artists from around the country to Harvard’s campus for performances and exhibitions that aren’t just meant to be seen by the community, but are there to provide moments of contemplation and emotional connections.

“The arts are where inquiry takes us by the senses. Harvard has artists on its faculty who are working with students to open new sensory avenues to understanding, true delight, and social possibility. They are changing minds,” said Robin Kelsey, who is the Shirley Carter Burden Professor of Photography, the dean of Arts and Humanities, and HUCA’s co-chair.

“HUCA commissions are enabling our faculty to collaborate with artists from outside Harvard, and to share the resulting work with the University community. It’s a winning formula for everyone,” he said.

Atlantic Connections will perform at 7:30 p.m. Thursday in Farkas Hall and 1:30 p.m. Friday at the Harvard Art Museums. Admission is free and open to the public. No ticket required.