Facing the challenges of chronic ills 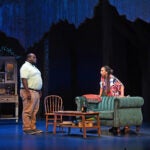 Chronic illness does more than change a life. It can eat away at one’s sense of self, said author Meghan O’Rourke RI ’15. However, as the frequent contributor to The New Yorker and editor at the Yale Review documented in her new book “The Invisible Kingdom: Reimagining Chronic Illness,” we can restore both personal autonomy and dignity while also opening new frontiers in public health and perception by speaking honestly and clearly about the challenges patients faced.

O’Rourke broached both the personal and social ramifications of such illnesses as post-treatment Lyme disease syndrome and long COVID in a Virtual Radcliffe Book Talk on July 26 with Jonathan M. Adler, professor of psychology at Olin College of Engineering and chief academic officer and co-director of Cambridge’s Health Story Collaborative. The discussion began with a reading from O’Rourke’s work, a combination of memoir and research, documenting her own battle with autoimmune, genetic, and tick-borne conditions as well as the societal issues that exacerbate such illnesses.

Choosing an excerpt that focused on how elusive these diagnoses can be, she acknowledged that it’s important for sufferers to be “seen” and believed. For too long, she said, autoimmune diseases have been dismissed as imaginary or purely psychological. In part, she explained, that’s because of the changing nature of symptoms, which can be difficult to explain. “Complaining of fatigue sounds like a moral weakness,” said the author.

Once the discussion began, Adler acknowledged the challenges patients face in being believed. Calling it “identity theft,” he described the “erasure” people feel when they “lose narrative authority over their life,” in part because many face skepticism from the medical community when they try to get help.

O’Rourke concurred, noting that for her the identity shift was deeper than, “OK, I can’t run anymore.” As her symptoms waxed and waned, she saw doctors become suspicious, which fed into her own “very painful” self-doubt. She recalled questioning her own perceptions: “Does everyone deal with this kind of pain, and I’m just not hacking it?”

Particularly in what Adler called “our hyper-individualistic society,” people with chronic diseases can be made to feel bad about themselves. Even the name “autoimmune” worsens the problem, said O’Rourke. “We could say, ‘the immune system turns on the body’s tissues,’ but we talk about this idea of selfhood.” Too often, she noted, this leaves sufferers wondering about the “auto” — self — part.

“Rather than thinking about the rising chemicals, the industrialized food system, chronic stressors like poverty and racism,” too often people with autoimmune diseases are left fearing “there must be something inauthentic in myself,” she said.

Looking at the wider impact of such “invisible” illnesses, the author discussed the gendered and racialized approach to them. As a young white woman, she recalled, she was often told she was fine because she was thin and had low cholesterol. Women’s symptoms have historically been dismissed, she noted, referring to the Freudian approach: “If we can’t figure out what’s wrong with you, the problem is you.”

For patients of color, the disrespect is magnified. In addition, racism itself plays a huge and often unacknowledged role not only in health care but in people’s baseline health. As O’Rourke noted, “So many young Black women are dying after giving birth. Some of that has to do with [unequal] treatment and some of it has to do with how the stressors of racism actually shape your immune system.”

Adler then addressed the historical precedent that books about illness should be somehow redemptive: “If you must be ill, at least be improved by your illness.” This is particularly challenging for people whose illness may never resolve and whose conditions may change over time. “When redemption doesn’t feel like a viable option, how should people approach dealing with the unredeemable?” he asked.

One approach O’Rourke offered was shifting the focus “from the individual finding redemption to us collectively asking what are the conditions that we can change to make redemptive narratives possible.”

She suggested asking: “What can we do to make it possible for that person living with illness to get to that base of psychological well-being?” Such a question goes back to what she has learned about “accepting the illness.”

“You do at some point have to accept and build a new life,” she said.

“Diagnosis is not denouement,” O’Rourke said, tackling the messy nature of such illnesses — and of writing about them. “It’s a new beginning.” Asked what caregivers can do, she stressed the importance of recognition and acceptance. “Sometimes you just need to be seen and validated. You need a coach. It’s hard to do it by yourself. Some people need tough love, some need empathetic listening.

“The reason I wrote this book is to help people trust themselves and to give language to the experience so that family members and health caregivers can read it,” she said. 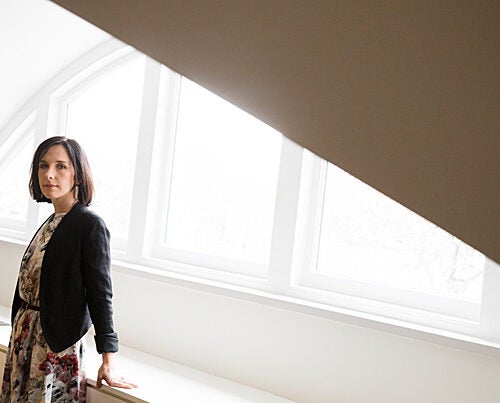