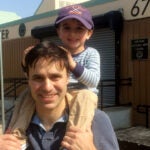 Some dads are super, some are stupid. Meet Mr. Neither.

Emily Ogden, a 2002 graduate of Harvard College and now an associate professor at the University of Virginia, recently published her second book, “On Not Knowing: How to Love and Other Essays.” She spoke to the Gazette about the ways her writing highlights her interest in subjects “around the edges of scholarship,” and how uncertainty can lead to a new way of approaching life. The interview has been edited for clarity and length.

GAZETTE: Your first book, “Credulity” (2018), was a cultural history of mesmerism. What was the inspiration for your new book? How are the two books connected?

OGDEN: One way to answer this is to say that the books are not closely related except on a deep level of my own preoccupations. They’re in very different genres, but in a sense, they’re both about trying to think around the edges of scholarship. The first book is a history of mesmerism, a practice that is located between medicine, science, and religion, and involved putting people in trances and sometimes getting them to access forms of clairvoyant knowledge that they might not realize they have. “On Not Knowing” is a series of essays that ask, “Let’s see what the value is of things that we don’t know.”

GAZETTE: In a world driven by the pursuit of knowledge, what role can or should “not knowing” play?

OGDEN: If the world you mean is scholarship, then it’s important to note that the book is not a traditional work of scholarship; it’s a book of essays and they are more personal than scholarship might usually be.

In the larger sense of your question: Whether unknowingness has a particular role to play in the world in general, I’d say that at this moment of strong political polarization, it can become a strong temptation to adopt a position of knowingness that maybe is beyond what’s called for. There are some things we should be certain about, but sometimes certainty can become a habit. I thought, when I started writing this book, that it would be a good task to set myself to retain space for uncertainty when it was the appropriate response and not get locked into a posture of always knowing in advance what I think and what one ought to think. 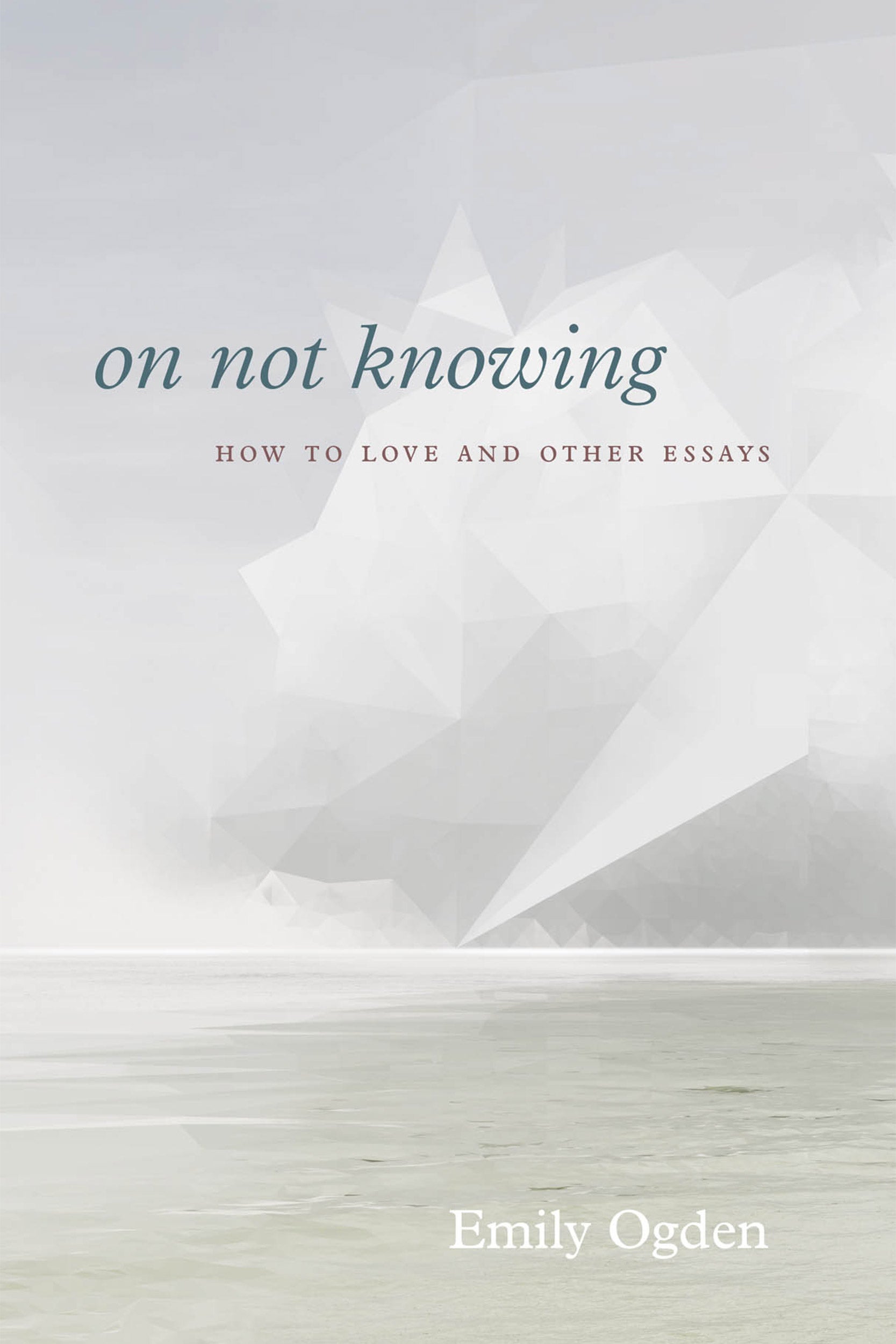 GAZETTE: Why should people embrace unknowing and the uncertainty that comes with it?

OGDEN: The psychoanalyst Anne Dufourmantelle talks about something she calls the “risk of not yet dying.” What she means by that is that we should take the risk of not yet becoming ossified people who know exactly what’s coming next and know exactly what there is to expect from the world. It’s hard to do because it’s more comfortable to know what there is to expect from the world, right? But she thinks that when we know too much about what to expect, we’re not truly alive. She has a story about a patient who is sure she knows the day she is going to die. This patient spends her whole life knowing the day that she’s going to die, and then one day she wakes up and realizes that she’s scared of this possibility for the first time, and she doesn’t want to die. And for Dufourmantelle this is what it means to take the risk of not yet dying — to be sufficiently aware of the possibility of loss or risk so that you experience some fear because without that, you’re just on autopilot. I think something similar happens with being able to deal with some uncertainty. Without being open to that raw edge of experience, you lose something about what it means to be alive.

GAZETTE: In your essays you cite the work of Emily Dickinson, James Baldwin, Ralph Waldo Emerson, and other writers and thinkers. How have they influenced your writing?

OGDEN: Ralph Waldo Emerson and Elizabeth Hardwick both achieve a lot through subtraction. They want their essays to be short, quick, surprising — to leave things for the reader to fill in. Adam Phillips, who is also a major influence on me, says of Emerson that he wants his essays to provoke the reader to their own thoughts, to turn the reader away from the writing and toward their own thoughts. I like to write in a way that it is like that, to the extent that I can. I like to offer things that have not been fully digested so that readers have the opportunity to digest them for themselves.

“Without being open to that raw edge of experience, you lose something about what it means to be alive.”

GAZETTE: What do you hope people can take away from your book?

OGDEN: More than anything, I want it to be a pleasurable experience to read. I worked hard to make the style as beautiful as I could make it. For me, the essays that I love the most seem to provide a stable environment that I can return to, like a room that I’m familiar with. I can come back to those essays, even just in thought, and they’re there for me to do a certain kind of work or do a certain kind of thinking. And I hope that for some readers these essays can be like that.

Going back to the distinction between essays and scholarship, I’d say that when we write scholarship about a concept like unknowing, we don’t necessarily turn toward personal experience. I’ve had the impression with scholarly writing of almost editing out the experiences that seemed metaphorically connected in my mind to whatever I was writing about. In this book, I didn’t edit those things out. I included those ordinary experiences in a way that I wouldn’t have in other writing that I’ve done.

I hope it’s a very approachable book. It’s about a pretty ordinary life to the extent that it has life experiences in it, such as childbirth and childcare and swimming and things that will be very familiar to many people. I think of the book as owing a debt to Emily Dickinson, who was, in a lot of ways, a poet of her own backyard, although her poems couldn’t really be bigger in their stakes. She’s dealing with the biggest possible metaphysical issues. Nonetheless, her scope in the world tends to be half a mile from her house. Mine is a book that has a debt to that way of marrying the ordinary with the extraordinary.