Some dads are super, some are stupid. Meet Mr. Neither. 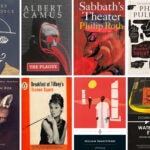 Most new parents tell a story of sleeplessness, anxiety, confusion, tedium, and chaos — with a little dollop of joy on top. So it was for Keith Gessen ’98. The experience proved so powerful the novelist and journalist decided he had to write about it, even though he knew there was no shortage of parenting memoirs already out there. Gessen felt a deep urge to talk about what he was going through — and then there was this “particular gap … in the dad literature,” a book written by neither “stupid dad” nor “super dad.” He spoke to the Gazette about his funny and insightful new book, “Raising Raffi: The First Five Years.” The interview has been edited for clarity and length.

GAZETTE: You describe your anxieties about being a father, from fears you might follow in the grand literary tradition of good writers being bad dads to whether you’d be able to keep a baby alive. Besides your pal Eric, who told you the key to easing anxiety was just to amass “stuff,” did anyone else offer advice that actually helped?

GESSEN: The confusing thing about it was that there was so much advice, but much of it was useless, at least to me. Dr. Spock says: “Trust yourself. You know more than you think you do.” And I thought: “No, believe me, I do not know anything.”

I found that what I needed was less advice, in the form of wise words, and something more like “tips.” Even my friend Eric, when he told me I would need to get “lots of stuff,” wasn’t trying to distill the wisdom of the ages — he was just still under a deep impression from all the stuff he’d had to acquire. His counsel to get “stuff” turned out to be very wise, however, and made parenting seem like a manageable process that could be handled if you just acquired enough things, which is partly true.

It was stray comments like that which really ended up helping. “Try this podcast for kids,” “I like this carrier,” “Have you considered bribing him with candy?” It’s the little bits and pieces that get you through.

GAZETTE:  For many parents-to-be deciding on a name can be absurdly hard, but it appeared coming up with the name Raphael, or Raffi, was pretty easy for you and your wife, the writer Emily Gould. Was it?

GESSEN: To the contrary. We very stupidly left off naming him until after he was born. We thought we would meet him and just immediately know what his name should be. Instead we were manic and sleep-deprived and worried about a million things, and having to come up with a name was an added stressor, which we could definitely have lived without. In the end we came up with a short list and pondered it. The name was decided finally when Emily looked it up and found that Raphael in Hebrew meant “healed by God” — which we felt Raffi had been, because he’d had a heart condition before his birth that magically dissipated as soon as he entered the world. With Raffi’s younger brother, Ilya, named after Emily’s grandmother, Ila, we made sure to have the name ready in plenty of time before his birth.

“I found that what I needed was less advice, in the form of wise words, and something more like ‘tips.’”

GAZETTE: One of the big child-raising decisions you made was teaching Raffi Russian. You were born in Russia, are fluent, and it was culturally important to you. But Emily doesn’t speak the language. You gave the matter a lot of thought, and in the end you write that you and Raffi will likely switch entirely to English one day. Did your thinking about teaching him Russian change or evolve?

GESSEN: It evolves all the time. At first, I did it almost as an experiment; then I got used to it. For a while Raffi was very resistant, and to be honest I assumed that by now — by the age of 7 — I’d have switched to English, because my vocabulary would not be up to the more complicated discussions we’d be having. But we haven’t switched yet. Raffi still goes back and forth on whether he wants me to speak Russian, but as he gets older he seems to like it more, or anyway to feel like it’s part of his life. The other day he was harassing his brother, and I switched over to English to tell him to stop. And he said, in English, “Why are you speaking English?” I said, “Because I want you to understand me.” And he said, “I understand you!”

But then, if he understands me, why doesn’t he do what I say?

GAZETTE: Books are clearly an important part of your family’s life, and your book is full of mini-reviews and recommendations. Can you offer us two suggestions for new parents and three for the youngest readers-to-be?

GESSEN: There are so many books that I read that I really liked. I loved Megan K. Stack’s “Women’s Work,” a memoir about the ethical and practical dilemmas of hiring others to watch your children while you work, and Meaghan O’Connell’s “And Now We Have Everything,” a funny and open memoir of parenting before one is “ready.” Among picture books, I like most of the regular favorites, including the entire Margaret Wise Brown catalog, and I also really love and admire the Frances books by Russell and Lilian Hoban. My rankings of those books are: 1. “Bedtime for Frances”; 2. “Bread and Jam for Frances”; 3. “A Birthday for Frances”; 4. “A Baby Sister for Frances”; 5. “Best Friends for Frances”; 6. and last, but still excellent: “A Bargain for Frances.”

GAZETTE: Near the end of the book you mark the ways Raffi has changed in his first six years but suggest the essential Raffi remains — “It’s still Raffi in there, ever changing but always the same.” Do you think it will always be so?

GESSEN: It’s so complicated — there are qualities or behaviors that fall away and get eliminated from the “essential Raffi,” and then others that appear and become assimilated to some narrative about him. There’s always this retroactive rewriting, I think. But also just reinterpretation, which strikes me as fair: When Raffi was little and liked to crash into things, including his playmates, I interpreted that as “violent.” Now he’s older and I think of it as more “sensory” — he takes in the world through physical touch. And these changes happen very slowly and gradually, so I find myself having a hard time even remembering what he used to be like. But I do think — especially when I look at Raffi’s brother, Ilya, who is so different from him temperamentally, and when I look at me and Emily, who have each given something to Raffi, though in different ways and in different measure — when I look at all these things I see again Raffi’s determination to be independent, to assert his personhood and individuality, to become himself whether we like it or not. I find it very brave and very moving, even as I also find it, for me, very difficult. But, well, that’s Raffi for you — and lots of other kids as well.