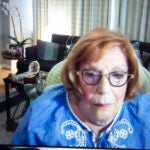 Lessons in hate from the Holocaust to Buffalo

Russia’s invasion of Ukraine has managed to unite a deeply riven America around a rare common cause. A majority in both parties say they approve of U.S. help for Ukraine. This week, Congress is expected to approve a bipartisan $40 billion aid package for the war-torn country. But will the current political consensus on the issue make a measurable difference in this fall’s midterm elections?

Gerald Seib is skeptical. Seib was executive Washington editor of The Wall Street Journal, author of its “Capital Journal” column, and part of the reporting staff that won a Pulitzer Prize for its coverage of 9/11. He retired last week. A current Institute of Politics Fellow, Seib spoke to the Gazette about how the conflict may figure in the upcoming races.

GAZETTE: Foreign policy matters are not known to motivate voters unless American casualties are involved, but the U.S. support for Ukraine is widely popular. Could Ukraine be an important issue in the midterms?

SEIB: It’s, at the moment, a secondary not a primary issue, and that’s because traditionally Americans think about economics and domestic issues first, international issues second, unless they’re forced to do otherwise, and that’s what prevails right now.

Having said that, I think there are a couple of important things that have happened here: The extent to which both parties seem to be more or less on the same page suggests that the extent of isolationism and neo-isolationism in the American withdrawal from the world may not be as widespread as we thought. That’s the first thing that’s important to note. That it isn’t a big partisan issue tells you there’s some kind of consensus here, which wasn’t clear when this started.

I think it has two paths by which it could affect the midterm elections. The first is if people conclude that the Biden administration has handled this well, I think that will offset some of the negative impact of the messy withdrawal from Afghanistan and work to the Democrats’ benefit generally. Maybe not in a huge way, but at least at the margins. And second, of course, if something goes terribly wrong between now and Election Day, the whole equation could change.

GAZETTE: “Terribly wrong” in what way?

SEIB: A huge escalation, for example, a crossing of the red line by Russia into use of chemical weapons or, God forbid, a tactical nuclear weapon — then all bets are off. It’s impossible to know what happens then, and it’s impossible to know what the political impact is at that point. Conversely, if there’s a complete Russian collapse and somehow Vladimir Putin is pushed out, that’s a pretty dramatic change, and you’d have to reassess the political impact.

GAZETTE: House Speaker Nancy Pelosi and Senate Minority Leader Mitch McConnell both visited President Volodymyr Zelensky in Kyiv in the last two weeks pledging the unqualified support of the U.S. How are the parties looking at Ukraine in terms of its strategic political value?

SEIB: I’m not sure they’re looking at it in raw political terms right now. I think this is one of those rare occasions in which people are actually trying to figure out what is the right thing to do. It’s unfortunate that it appears there were partisan rather than bipartisan voyages to Ukraine, pilgrimages to see President Zelensky. That was an opportunity missed, an unfortunate case in which the actual bipartisan spirit that prevails on Ukraine right now was not really demonstrated appropriately. It would have been nice if it were otherwise. On both sides, I think what party leaders are trying to do is to use this to underscore that they are not leading parties that are in favor of a wholesale American retreat from the international scene. And that was somewhat in question with the rise of isolationist sentiment in both parties over the last few years.

GAZETTE: As we get closer to Election Day, do you see the Republican Party dropping its support for Ukraine if it appears that Democrats and Biden are benefiting too much?

SEIB: It’s possible, but I think the lines have been drawn and hardened already, so I don’t think that’s likely. Since Reagan’s time in the early 1980s, there was a very strong international streak in the Republican Party. Ronald Reagan was an internationalist, not an isolationist, and he believed in America as a force for good in the world. That was the prevailing strain of thought inside the Republican Party and what we’ve seen here is it’s still the prevailing strain of thought inside the Republican Party. I think the more conventional leaders of the party, the non-Trump leaders of the party, like Mitch McConnell, are happy to see this whole Ukraine episode as proof that their view of America as an active international player is, in fact, the majority opinion within their party, and they’re just going to leave it at that.

GAZETTE: Knowing how important Trump’s endorsement is for many Republican candidates and his history of insisting on fealty as the price for that support, do you expect he will turn his own views on Ukraine and Putin into a loyalty test?

SEIB: That’s a really good question, and I don’t know the answer to that. In a way, it’s an awkward situation for Donald Trump because he was friendly with Vladimir Putin. He basically preached that the U.S. was over-engaged, overextended in the world, and that America First meant exactly that — America first — and that there ought to be a retreat on some fronts. Now you have a situation in which Americans seem to want the U.S. involved — to stop the Russians, to stop Vladimir Putin personally, and to show that we remain a force for democracy and against autocracy in the world. How does Donald Trump play that over time? I don’t think I know the answer. It’s interesting that he has chosen not to make a big issue of this. As I suggested, this is an awkward situation.

GAZETTE: Biden’s overall favorability with voters took a big hit with the U.S. withdrawal from Afghanistan last August. Since Russia’s invasion, he has recovered a bit, but is still viewed more unfavorably than favorably by all voters. Among independents, however, Biden is up by 30 points since the war began. How significant are these shifts, particularly among independent voters who were decisive for Biden in 2020?

SEIB: That is meaningful. It’s more meaningful in a presidential election than a midterm election, but that was really the Biden problem. The premise of the Biden presidency was “the adults would be in charge,” and the president would be somebody who, unlike his predecessor, understood how the world works, knew how to operate on the international stage, knew how to be an international force for good. And the whole Afghan withdrawal mess called that all into question. The advantage for President Biden is that his successful implementation of the Ukraine policy has the potential, if not already the impact, of returning the image of the Biden presidency back to where people thought it was at the outset. I think there has already been a return to a sense that the U.S. was leading the free world again, and that’s beneficial for everybody, frankly.

GAZETTE: If Russia appears to be regaining ground, what impact would that have on Biden and the Democratic candidates running?

SEIB: There’s two impacts: First, it’s not great for President Biden because the premise at this point here is that the policy is essentially working. It has the Russians on their back foot and in retreat. But if that’s not the case anymore, then the way this reflects on the president, and by extension his party, is different. Secondly, if things take a bad turn, then there are going to be some difficult decisions the U.S. will have to make that will have to be debated in political campaigns this fall. How much further do we go with Ukrainians? Questions like putting troops on the ground or sending military aircraft or making deeper commitments to Ukraine politically, those will be back on the table, so that changes the character and the nature and the substance of the debate here politically. 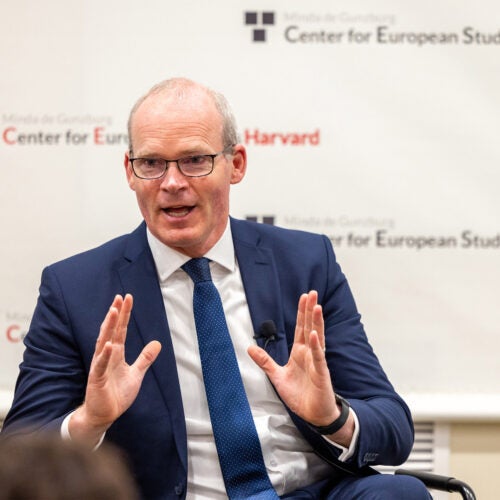 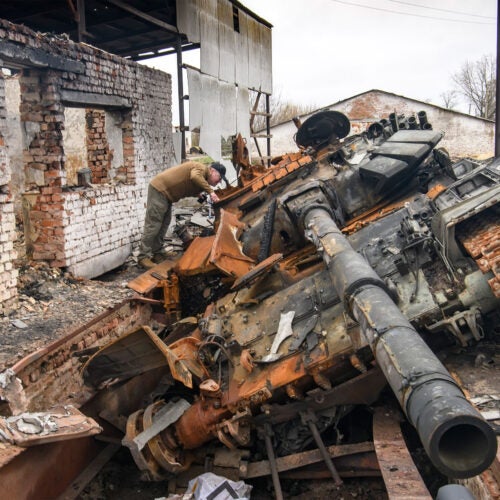 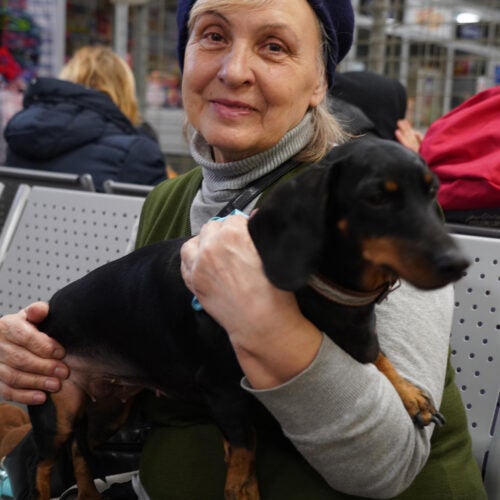