When pothole is equity issue 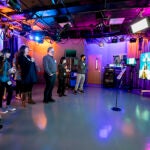 Stirring speeches, historic legislation, and impressive photo ops live large, but are, in fact, the briefest of moments in political life.

Take it from Justin Tseng, a newly elected city councilor in Medford, Massachusetts, and a graduating senior. His life couldn’t look more different than that, but his work is no less important to the 60,000 residents he serves.

Since his inauguration in January, Tseng’s days have been filled with (or rather filling) potholes. There also have been bouts with sidewalk repair, snow emergency signage and accessibility, pandemic response, and community-development funding. While this all may seem easily dismissed as the tedium of municipal governing, Tseng understands there is more at stake.

“People will tell me that they’ve driven on the same road for 10 years, and every year there’s a hole in the road,” said Tseng, who concentrated in social studies and East Asian studies. “As simple as a pothole is, it’s really about transit access, racial justice. It’s an economic issue. These are municipal issues that have a broader lens to them.”

Tseng, a first-generation Taiwanese American who described himself as a “policy wonk,” decided to run for council in late 2020 after reading about proposed cuts to education in his hometown and learning about the council’s lack of racial and generational diversity. His win in November marked a milestone for the city roughly three miles north of Cambridge: He is one of the youngest councilors in Medford’s history and its first Asian American councilor.

“I felt there were conversations at City Council that were leaving people of color out and leaving young folks and queer folks out,” around social issues, he said. “I didn’t really plan to do this in the middle of my senior year, but I love politics, and I saw that I could be a valuable voice in Medford.”

“People will talk to you about their problems and trust you. That’s a great feeling. It gives me a sense of purpose.”

He ran on a progressive, nonpartisan platform focused on school funding, supporting racial justice, and bringing a fresh perspective to city government. He said he’s proud to serve, though he cautioned the grind is not for everyone.

“Especially at the local level, being a politician is not necessarily giving speeches all the time, shooting campaign ads, or having the glitz and the glam,” said Tseng. “A lot of it is just knocking on doors, making phone calls, asking for money — and none of those tasks is easy.”

Tseng’s Harvard experiences helped prepare him for the hands-on work of municipal governance. At the IOP, he worked on the Harvard Public Opinion Project, doing large-scale polling of young people across America on a host of social and political issues, and he researched K-12 education funding as a member of the IOP’s Public Policy Project. For his senior thesis, he did remote polling work on public reception in Taiwan to U.S. policies regarding the nation, Taiwanese foreign policy, and Cross-Strait (China-Taiwan) relations.

“As a candidate or a representative, you’re faced with certain facts on the ground, and it can be hard to interpret everything and understand how to address the facts,” said Tseng. “A lot of the work that I’ve done here through classes and the IOP has taught me to think through those things” and do extensive research — using his favorite platform, the Hollis library catalog.

Tseng “embodies the mission of the IOP, which is to learn practical political skills that you can then apply, ideally, back in your hometown or in your community to make life better for people,” said John Della Volpe, director of polling at the IOP, who worked with Tseng throughout his College career. “Everything he does comes from a place of service, which isn’t always the case in politics.”

Della Volpe cited findings from the IOP Spring 2021 Harvard Youth Poll which found that 56 percent of young Americans have hope for the future of the country, compared with 31 percent in 2017, which he took as an encouraging sign for Tseng’s generation.

“There are tens, if not hundreds, of thousands of young people like Justin who care deeply about their communities and their country, and who are probably thinking about ways to serve right now,” he added. “I’m hopeful that Justin can be a role model for them.”

Despite the challenges of mounting a campaign during COVID and learning to govern as a College student, Tseng looks forward to making strides toward a more inclusive Medford during his two-year term, and focusing more on his council work after graduation.

“The thing I like the most about the job is I have a reason to talk to everyone. Medford is a diverse community, and you can find so many people who have a different life experience from you,” he said. “People will talk to you about their problems and trust you. That’s a great feeling. It gives me a sense of purpose.”