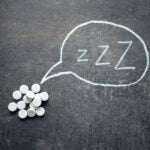 Epidemiologist explains how to stay on guard against subvariants, noting role of protective measures in transition to new pandemic phase

With COVID cases once again on the rise, hopes for a summer relatively free of pandemic anxiety seem to be in jeopardy. William Hanage, an epidemiologist at Harvard T.H. Chan School of Public Health and co-director of the Center for Communicable Disease Dynamics, spoke with the Gazette about the latest surge shortly after the U.S. hit yet another grim milestone: 1 million deaths. The interview was edited for clarity and length.

GAZETTE:  How does this wave compare with the Omicron surge in January?

HANAGE:  Nowhere even close to January. What we’re seeing is being driven by a subvariant of BA.2, which itself was fairly lackluster, at least in these parts. But we’ve been seeing increasing cases due to BA.2.12.1, which is a lineage first detected in upstate New York. It has a mutation in the spike protein which we think makes it better able to reinfect folks who’ve recovered from previous infections — including BA.1 — and which is shared by BA.4 and BA.5, which are surging in South Africa. That’s why we’re seeing a lot of cases, but they’re far fewer than we saw in January, even accounting for the fact that we are undercounting cases because more folks are doing rapid tests and not getting counted in the official numbers.

For a lot of people, myself included, it can seem like COVID is everywhere at the moment. But you should remember that this is a virus that spreads through networks. If you and your network were not overwhelmed by BA.1, it means that you are in a network which is more likely to get BA.2 because the people involved in it are less likely to have had the extra dollop of immunity that came from BA.1. So that’s one reason the transmission patterns are looking so distinctive. It’s also certainly the case that we are seeing more transmission and more cases in schools now than we were with BA.1. When schools close — this means colleges like Harvard and K-12 education — that’s going to change the contact patterns and things may well turn around.

GAZETTE: It feels like we’re in a categorically different phase.

HANAGE: I don’t like having a cutoff because COVID is not going to be eradicated. There’s going to be a transition between the acute pandemic risk to a point where people like me — infectious disease epidemiologists — pay it a lot of heed in the way that we pay heed to flu. We’re headed in that direction but we’re not there yet. To give some context, I think you’d agree that at the moment, the country is in a relatively good place, death-wise and hospitalizations-wise. But if the weekly death numbers were added up over the year — no fluctuations, no surges, just continuous “good” death numbers — that would still be equivalent to two bad flu seasons. When this virus is “good,” it’s still something that would be considered historically bad in terms of respiratory infections. And, of course, we can expect things to get worse across the South in the summer and pretty much everywhere before winter, and this assumes no curveballs from new variants.

GAZETTE: If you had a case in your household at this point in the pandemic, how would you handle it?

HANAGE: I can tell you what we did — our kids got infected. First of all, sign up for the household transmission studies that are going on. There’s one being done out of Beth Israel. We were fortunate enough to have air purifiers, which we turned on. We wore masks, but not continuously, not religiously. We hugged while wearing masks. We ate outside when we could and, when it was cold, we ate inside. For what it’s worth, neither my wife nor I were infected. We also did very regular rapid tests — we actually did daily PCR tests because we were in the household transmission study.

My advice to a member of the public would be to remember that you could be infectious and not know it. Any time you’re leaving the house and going to a place where transmission matters, like gathering with vulnerable people or attending a large gathering where you might seed a superspreading event, try to do a rapid test beforehand. If you have symptoms, don’t go out, but don’t think that not having symptoms means there’s no chance that you could have it. If the person in your household had it for five days, do not assume they are not infectious anymore. A large number of people in that category will still be infectious. CDC guidance — and my recommendation — is if the person who was infected has to leave the house, make sure that they wear a well-fitting, good-quality mask. That will greatly reduce the risk of transmission to others.

GAZETTE: How about mandatory restrictions? Are we there yet?

HANAGE: I wear a mask any time I am outside the house indoors in a public space and I honestly can’t see that that’s a big deal. I would take off my mask for things that are important to me, if that’s a risk that I want to take. For instance, this weekend is the end of the Premier League and I’m a tortured Arsenal fan. I would normally go and watch that with friends in a bar. I would test beforehand, but if I became infected, then I’m confident in the abilities of vaccines to protect me from the most serious outcomes. But I’m not going to do that because I’m taking a flight next Friday, to the U.K., and I don’t want to get infected before the flight.

GAZETTE: We want to be clear-eyed — to understand both the risks and the steps that we can take to reduce them.

HANAGE: I would also point out that if you’re likely to be more severely affected, talk to your doctor about paxlovid. It does help. You’re hearing about rebounds and they do happen, but paxlovid is still a beneficial drug. If you’re immunocompromised, talk to your doctor about options, like evusheld, which can give you some protection. The vaccines, the therapeutics, and masks, taken together, are a powerful way to deal with a virus that once threatened to crash health care. A major issue now for public health is ensuring that the protections we have achieved are equitably distributed.

As I’ve been wandering around, going to places and to work and back, I look at the lines of people to get into nightclubs, I look at the people in restaurants, I look at the people who are living pretty full lives — maybe not like 2019 — and I just marvel at the fact that this has been achieved. It is happening with an amount of infection that is similar to what occurred in January 2021 — one of the worst moments in the pandemic. Yet it’s not translating into the same health care impacts. That’s kind of amazing when you consider that in January 2021, there were considerably more mitigations than we have now. And I feel a real sense of achievement.

GAZETTE: It’s been tortured at times, but society is in a far different place.

HANAGE: As a society we’re in a far better place. In public health, you don’t get to see the lives you save. The kid who doesn’t die of meningitis at age 17 or 18 because they were immunized when they were a child — you don’t see that. And, while we talk about the horror that is a million deaths in the United States, we should reflect that it could have been far worse. The people who made sacrifices in 2020 that delayed the virus getting to people who would have died if they did not have the opportunity to be immunized deserve endless gratitude. That remains the case now. The people who are doing things to stop others from getting infected are saving lives. We don’t see those lives being saved in the ER so it’s easy to think that they weren’t. Focus on the positives. 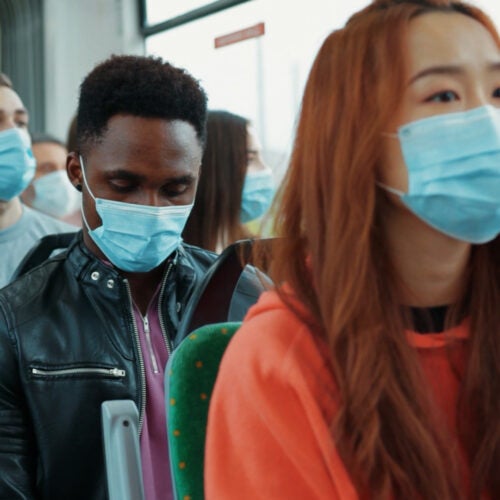 Epidemiologist William Hanage on meeting the challenges of everyday COVID 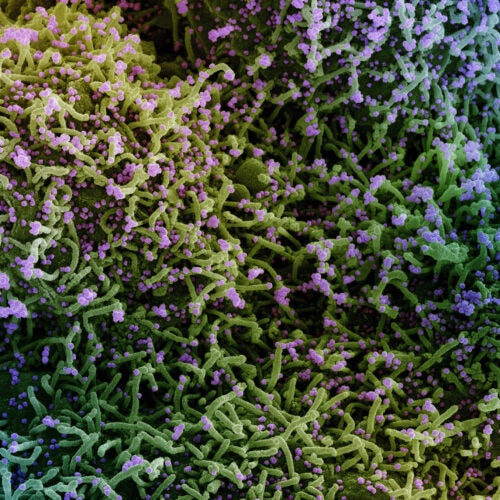 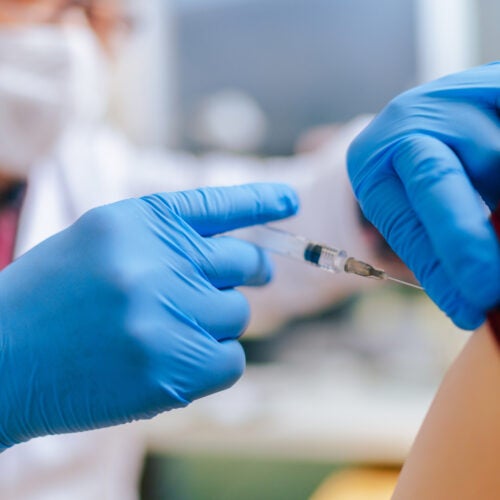 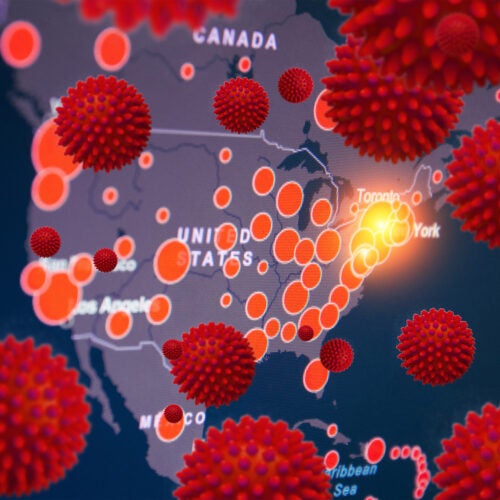 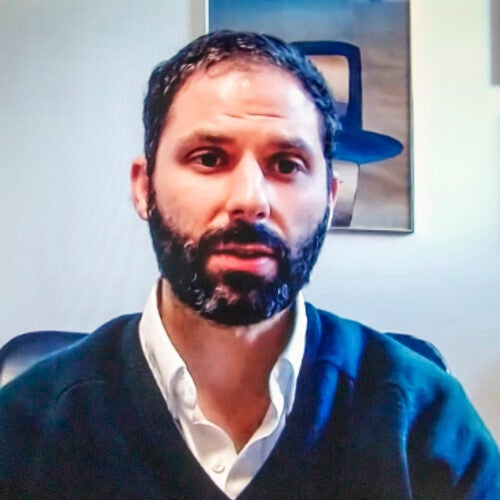