Will the message sent by Amazon workers turn into a movement? 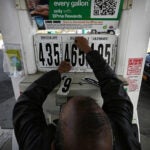 No panic in Furman’s reaction to inflation data, but plenty of uncertainty

Dissatisfaction with pay and benefits, job security, and working conditions has led more U.S. workers to decide the best way to get what they want is through collective bargaining. Amazon warehouse workers in Staten Island, New York, voted to form the Amazon Labor Union last week, a first for the mega-retailer. Labor activists have expressed hope that the unexpected victory might jumpstart more unionizing at Amazon and at other companies across the U.S.

The Gazette spoke with the Harvard labor economist Lawrence Katz about thousands of employees at Amazon, Condé Nast, The New York Times, and Starbucks unionizing in the last few weeks and whether it could signal a new era of union participation after decades of decline. The interview was edited for clarity and length.

GAZETTE: Many have called the Amazon Labor Union’s victory “historic.” So far, however, Amazon has not agreed to recognize the union. How significant is this win?

KATZ: I think it is quite significant. Amazon is the second-largest private employer in the U.S. after Walmart, one of the most valuable companies in the world, one of the most universal and visible, and one that has been adamantly trying to prevent unionization since its inception. And now a grassroots organization has just won a strongly contested union representation election against Amazon. Does this lead to a broader movement of independent unions or increased success for existing unions in organizing at Amazon and other major employers, or is it an outlier? That’s an open question. Many unions have won representation elections in recent decades, and then had a tough time getting a contract with U.S. employers. But the victory in Staten Island could send a powerful message to a lot of workers of the ability of a grassroots organizing campaign even when facing strong employer opposition.

GAZETTE: What are some of these hurdles that unions face in getting a first contract?

KATZ: There are multiple legal strategies that U.S. employers have used to challenge election results, and Amazon could follow such an approach to argue there were problems with the holding of the election. And then, there’s an employer just holding out on making any concessions in bargaining. The fraction of unions who win elections and then fail to get a first contract is substantial in the U.S. The hope of employers is if you hold out long enough, the union activists leave, and things settle down. In maybe 25 to 30 percent of the cases where unions win elections, they never get a first contract. The amount of publicity and scrutiny in this case may put more pressure on the employer to reach an agreement. Until a union has a first contract, they are not established with permanent stature. Can you collect dues from members through payroll deductions and have an ongoing organization to support the union? That’s what’s typically known as a union shop or agency agreement, which is what’s not allowed in “right to work” states but would be in New York, if the Amazon Labor Union can get a contract.

GAZETTE: Workers at other major companies, including Condé Nast, The New York Times, and Starbucks, have moved to unionize in recent weeks. Are we seeing the start of a labor resurgence?

KATZ: If you look at the overall number of elections, it’s not particularly high over the last few years. Obviously, the pandemic slowed it down in 2020 and 2021. This last month has shown a spike in elections. The busiest month in like eight or nine years in union elections was March of this year. So there is a bit of a surge. But if you look at the data on union membership from the Bureau of Labor Statistics, it’s not noticeable yet, at least through 2021. The long-run trends are of a declining share of U.S. workers unionized.

Union successes are certainly showing up in places we haven’t seen over the past five years or so. And if you look at other indicators of labor activism, 2018 and 2019 saw more workers on strike than we’ve seen in decades. Elections are up and worker activism activity was up. Clearly, tight labor markets play an important role. Workers, if they believe there are a lot of other jobs out there, are more willing to take a risk on forming a union knowing that it doesn’t mean unemployment if their employer retaliates. When labor markets have been very tight, we tend to see more worker activism. A big question is whether this wave of activism will survive the next recession.

GAZETTE: In 2021, public approval for unions hit 68 percent, its highest level in 57 years. Yet union participation continues to decline. What accounts for this mismatch between support and participation?

KATZ: If you do surveys and ask nonunion workers whether they would be in favor of having a union, in the latest ones, a majority say they would. Yet, union election activity is low: About 10 percent of all American workers are members of unions. That’s because we have a system in which you typically need to win a highly contested election to have a chance of union representation, for the most part. It’s very rare for employers to accept workers unionizing without a fight. Over the years, a whole industry has developed of union avoidance and of consultants who specialize in helping employers form strategies to prevent unionization and defeat unions in National Labor Relations Board elections. We can see the reports of the tremendous resources that Amazon put into keeping out unions. I think the general sense is the delays that employers are able to do, the fact that they can (at least implicitly) intimidate workers trying to organize and even fire such workers, has hindered U.S. employees in exercising their right to unionize under the National Labor Relations Act. And the penalties for such unfair and illegal labor practices are often modest and can sometimes be imposed only many years later (e.g., some back pay may be owed once the union drive has been defeated). Thus, U.S. employers have learned very much over the past decades about how to defeat unionization efforts, even when it appears most of the workers want to be represented by union and desire a greater voice in the workplace.

GAZETTE: In the coming months, what indicators will you look for to see whether unions are making a meaningful comeback?

KATZ: We’re going to see whether there is a new wave of union representation elections and more union successes in elections and at getting contracts negotiated and signed, whether at more Starbucks or Amazon locations or more broadly. The degree of visible worker activism, NLRB representation election activity, and union election victories will be important indicators. But the other important thing is whether the unions at newly organized workplaces are successful at quickly getting contracts or whether they get dragged into months and months of negotiations and legal disputes even after winning elections so that the air comes out of the movement.

Two other crucial issues will play an important role. The first is whether the current tight labor market persists or whether attempts to deal with high inflation or international shocks will send the U.S. economy into another recession.

The other is whether public opinion is going to turn less favorable to unions and worker activism, as we have seen in the past. In the past, attempts to blame high inflation, strikes, and slow productivity growth at least partially on unions and worker activism, in the U.S. with Ronald Reagan or in Britain with Margaret Thatcher, have been part of the political playbook. Has there been a real, lasting change in public opinion and worker attitudes about the need for a stronger worker voice with the pandemic, or is this a tight labor market situation that will disappear as the labor market weakens? These are going to be key things to look at going forward.