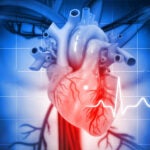 Infertility linked to increased risk of heart failure in women

Inside brain cells, errors in DNA can accumulate as we age. But in patients with Alzheimer’s disease, these errors — known as somatic mutations — may build up at a faster rate.

“As we age, neurons are known to accumulate somatic mutations. In AD neurons, however, we see more mutations and DNA alterations,” said lead author Michael B. Miller of the Department of Pathology at the Brigham. “Our results suggest that AD neurons experience genomic damage that causes immense stress on cells and creates dysfunction among them. These findings may explain why many brain cells die during AD.”

The team conducted its study using single-cell whole-genome sequencing of 319 hippocampal and prefrontal cortex neurons of patients with or without AD to determine the link between the number and type of somatic mutations and AD. To better understand the genomic changes that occur in AD neurons, researchers sequenced tissue DNA and discovered a greater number of mutations termed somatic single-nucleotide variants (sSNVs) in patients with AD. Theorizing that the large number of mutations was the result of increased DNA oxidation, researchers then measured 8-Oxoguanine, an indicator of oxidative stress and DNA damage, and found that AD neurons were in fact more oxidized.

Ultimately, the discovery of accumulating DNA alterations in AD neurons provides researchers with a window into molecular and cellular events in AD pathogenesis. “Our findings suggest that the sheer number of oxidative lesions and somatic mutations we observed in AD neurons may contribute to its pathology,” said Miller.

The authors acknowledge two main study limitations. First, two groups were primarily studied: patients with no neurologic disease and those with advanced AD based on the Braak staging system. In the future, researchers are eager to study the neurons of individuals with intermediate-stage AD. Second, while single-cell, whole-genome sequencing was feasible for the preliminary studies, the authors note that there are advanced methods that allow for an in-depth analysis of each strand of DNA that should be explored in the future.

“In the future, we are eager to elucidate how the observed mutations in AD neurons cause neuronal cell death and are dedicated to aiding in the discovery of novel treatments that target these pathways,” Miller said.

Disclosures: Christopher A. Walsh is a paid consultant (cash, no equity) to Third Rock Ventures and Flagship Pioneering (cash, no equity) and is on the Clinical Advisory Board (cash and equity) of Maze Therapeutics. No research support is received. These companies did not fund and had no role in the conception or performance of this research project.