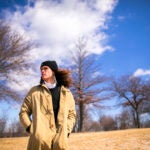 First awarded in 1981, the Harvard Medal is given to those who have demonstrated extraordinary service to the University in areas including teaching, fundraising, leadership, innovation, administration, and volunteerism. Alumni, former faculty and staff, and members of organizations connected with the University are eligible for consideration. The medals will be presented to the recipients on Harvard Alumni Day on June 3.

A devoted Harvard volunteer, Avarita Hanson has dedicated her life and work to promoting diversity and ensuring justice is accessible to all. Founding what is now known as the Association of Black Harvard Women (ABHW) in 1975, Hanson provided a community through which Black alumnae could stay connected after graduation. Since its creation, ABHW has transformed into an affinity space for Black women undergraduates at Harvard — promoting discussion, public service, and a supportive community on campus.

Hanson has continued to be an energetic supporter of Harvard for over four decades, including service as treasurer of the Harvard and Radcliffe Class of 1975, president of the Harvard Club of Georgia, Harvard Alumni Association director, and Radcliffe College Alumnae Association director. She also served on the Committee to Nominate Overseers and Elected Directors, as a board member of the Harvard Black Alumni Association, and as an alumni interviewer in the Atlanta region, where she continues to mentor Harvard alumni today.

An attorney for more than 40 years, Hanson was executive director of the Georgia Chief Justice’s Commission on Professionalism, the first body of its kind in the U.S., which urges lawyers to improve and ensure access to the legal system. Hanson was also associate dean and associate professor at Atlanta’s John Marshall Law School, where she advised the Black Law Students Association, which now bears her name.

Throughout her career, she has worked to empower members of the Black community in the legal profession and advocate for social justice through organizations such as the Georgia Association of Black Women Attorneys, Gate City Bar Association, the Georgia Legal Services Program, and the Atlanta Legal Aid Society.

A strategic and selfless Harvard leader, William Lee is deeply committed to advancing the University’s mission of education, research, and service. As a member of the Harvard Corporation since 2010 and its senior fellow since 2014, and as a member of the Board of Overseers from 2002 to 2008, Lee helped shape and implement a range of historic governance reforms and was a key player in Harvard’s last two presidential searches.

As a Corporation member, Lee has chaired its committee on governance and been a leading member of its committees on appointments, facilities and capital planning, and shareholder responsibility, as well as the governing boards’ joint committee on inspection. While an Overseer, he was vice chair of the board’s executive committee and chair of its finance, administration, and management committee. He is a past member of visiting committees for Harvard Law School (HLS) and the Harvard John A. Paulson School of Engineering and Applied Sciences, and of the board of directors of the Broad Institute of MIT and Harvard. Lee has also taught as a visiting professor and lecturer at HLS.

A partner at the law firm WilmerHale, Lee is a nationally renowned trial and appellate lawyer specializing in intellectual property litigation. He has represented a variety of clients over his more than 40-year career, including as counsel in many high-profile technology cases. He served as lead trial counsel for Harvard in a lawsuit challenging aspects of Harvard College’s admissions practices. He also served as associate counsel to the Special Counsel for the Iran Contra investigation. Lee was elected to the American Academy of Arts and Sciences in 2017.

Beloved by many for his kindness and sense of humor, Dwight Miller has had a profound impact on generations of students at Harvard College. After more than 50 years of steadfast service in the Harvard Admissions Office, he retired as a senior admissions officer in 2019.

After serving as a U.S. Marine platoon leader and working as a teacher, Miller began his career at Harvard in 1967, establishing himself as a mentor to undergraduates and an advocate for admitting the most talented students, regardless of their economic circumstances. He navigated an applicant pool that increased from fewer than 5,000 annually in the late 1960s to 43,330 for the Class of 2023. Miller covered most of New England, the Atlantic seaboard, parts of the midwestern and southwestern U.S., and Canada, partnering with Schools and Scholarships teams in dozens of areas to provide guidance on how they could identify prospective students who would not only thrive at Harvard but also strengthen its community.

Early on, he divided his time between admissions and his role as senior adviser in the Freshman Dean’s Office. He also served as a proctor in Grays Hall from 1967 to 1990 — the longest tenure to date — mentoring hundreds of Harvard College students and helping them with the transition from high school to college.

Miller earned his B.A. from Yale University in 1959 and his Ed.M. from the Harvard Graduate School of Education in 1971.

With a collaborative and visionary approach, Tom Reardon has been a tireless volunteer, working to build and strengthen the ties between Harvard and its military community. In 2007 Reardon founded the Harvard Veterans Alumni Organization (HVAO) as a Harvard Alumni Association Shared Interest Group. It provides a network for veterans on and off campus, honors the service and sacrifice of Harvard veterans, and supports the relationship between the University and the veterans who are students, faculty, and staff. Today HVAO has more than 2,500 participants, 325 of whom are on campus.

Reardon has worked closely with Harvard College’s Admissions Office, and he introduced the Service to School (S2S) program to partner with the College with the goal of admitting more young veterans. There are now 49 student veterans at the College, with 18 more accepted to the Class of 2026. Harvard Law School has recently partnered with the S2S program as well.

In addition, Reardon has shined a light on Harvard’s exceptional military history and veterans, raising funds for HVAO to donate and dedicate two plaques in Memorial Church — one to Harvard’s 18 Medal of Honor recipients and another to honor four Army chaplains who met at Harvard and perished together on the SS Dorchester in 1943. In 2015 Reardon arranged for 45 Medal of Honor recipients to visit Harvard Yard for a memorial service and luncheon with many of the University’s veterans.

Reardon attended Harvard College during the anti-Vietnam War protests and corresponding anti-military sentiment. Drafted weeks after graduation, he served for three years as an infantry officer, including a year as a platoon leader and company executive officer, in the 23rd Infantry Division in Vietnam. For his distinguished leadership and service, he received the Bronze Star Medal and Combat Infantryman Badge.

Read more about the Harvard Medal and submit nominations here.