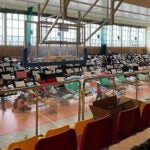 Brandon Foster found himself adrift in a juvenile detention center at age 14 after getting caught trying to break into a cellphone store. Some of the young men there were just biding their time until they turned 18, at which point they would be transferred to a prison to serve out long sentences. To avoid that fate, Foster followed a caseworker’s recommendation and became a ward of the state of Indiana.

At 16 Foster was sent to a group home on the outskirts of his hometown of Fort Wayne, Indiana, where he found role models and mentors. He raised his GPA, graduated from high school, and applied to college. Inspired by both Rita Whitman, an English teacher who praised his way with words and his writing skills, and by Fletcher Upshaw, who ran the group home and pushed him to dream big, Foster decided to become a teacher. And now he is studying to become a school superintendent at Harvard Graduate School of Education.

“Having had a great teacher and an amazing mentor, I figured I could be both a teacher and a mentor to young kids, especially Black young men who might have gotten in trouble,” said Foster, who worked as a teacher for eight years in schools around Texas. “I remember thinking that I would like to be there for other students just like Ms. Whitman and Mr. Upshaw were there for me, because if they hadn’t helped me, I wonder where I would be.”

Foster’s journey from the juvenile justice system to the pursuit of a doctoral degree in education leadership is a tale of perseverance, hard work, and the embrace of a sense of a larger purpose.

“At the heart of my dream is to help people,” said Foster. “Anything is possible if you put your mind to it. We have more power than we realize.”

Every year, an estimated 2 million youth under the age of 18 are arrested and charged with a delinquent or criminal act and processed through a juvenile justice system. Success stories like Foster’s are not that common, and they can serve as inspiration to students and teachers, but they can also provide lessons to help students who are struggling in school.

“At the heart of my dream is to help people.”

Drew Echelson, adjunct lecturer at the Ed School, met Foster when he applied to HGSE’s Doctor of Education Leadership program and was struck by Foster’s courage, drive, intelligence, and penchant for innovative ideas. Echelson serves as deputy superintendent in the Boston Public Schools and works closely with Foster, who in his second year at Harvard is doing his practicum hours as he pursues his licensure to become a superintendent.

“Brandon thinks about solutions to problems that K–12 educators face in a creative and thoughtful way, and really just outside of the box,” said Echelson. “He is currently working for the Boston Public Schools about strategies to help students who had dropped out return to school. He just always brings thoughtful and courageous ideas that in some ways stem from his own personal and professional experience.”

For Upshaw, the group home director, seeing Foster’s accomplishments reaffirms his belief that children can thrive if they have support and attention from caring adults.

“Brandon was like a flower growing up in the middle of a highway that has been driven over and bypassed and still survived,” said Upshaw, executive director of Neighborhood Mentoring Academy Inc., a nonprofit he founded to operate youth group homes.

“He definitely had the skills and talent, and once he realized that people cared about him, he had the determination to really get going,” he said. “My job was to just push him, hold him accountable, and basically not allow him to fail. That is the attitude that works for Brandon.”

As an educator, Foster can have a meaningful impact on the lives on many children, said Upshaw. “He wants to help young people, and he’s not ashamed to tell his story because his story can inspire others to follow in his steps,” he said. “He has put himself in a position to help others and give them the opportunity to try to improve their lives.”

Foster’s passion for education was recognized by the African American Education Archives and History Program, which awarded him the 2018 Outstanding Educator of the Year. While he is busy with classes on race, strategic finance for nonprofits, professional leadership, and superintendency residency at Harvard, Foster knows his life story likewise provides valuable lessons.

“I always tell my students that they have the agency to make the wrong decision as well as the right decision,” said Foster, who will graduate in May 2023. “I also tell them that they should never stop dreaming above their life circumstances because in the darkest moments, that dream will illuminate the path.” 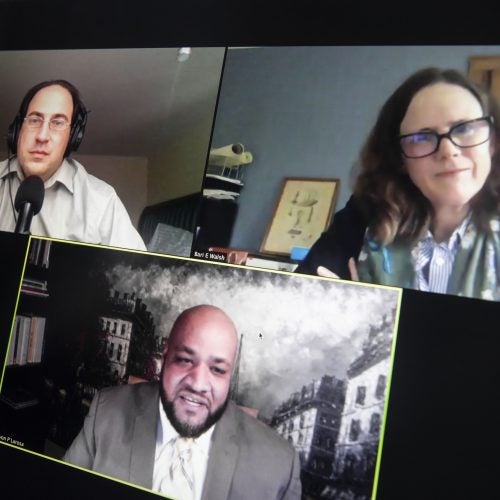