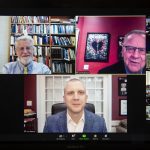 After 14 months of remote and hybrid learning, schools are looking ahead to a more normal fall. But what does that even mean after a year of classes online and outdoors? More important, what was learned from the pandemic that can be used to improve education going forward? These were the questions tackled by Graduate School of Education (GSE) Professor Jal Mehta and Devon LaRosa, principal of La Follette High School in Madison, Wis., in a Wednesday afternoon conversation on Making Schools More Human, part of the GSE’s Education Now webinar series.

The talk began with a look back on the lessons of the long quarantine. In many ways, both experts said, the outcomes could have been predicted. “The ways in which schools were unequal before the pandemic have just become more apparent during the pandemic,” said Mehta. He gave as an example, “private schools with heated outdoors experiences” while in other neighborhoods, the lack of resources resulted in “poor kids congregating outside a McDonald’s to grab some free internet.”

“Let’s be clear and honest, not all internet is created equal,” added LaRosa. As the crisis unfolded, teachers in this environment faced unprecedented challenges: “How do we get you another charger? How do we get you a Chromebook?”

Beyond the technical issues, LaRosa touched on an ongoing problem with remote learning.  Citing “the absolute need for emotional learning,” he said, “My kids are relational. They need to have that communication. How can we do that?”

“Our goal is less to put [pre-pandemic education] back and more to envision it in a way that works better for everyone.”
— Jal Mehta

One answer LaRosa found was virtual mentors. Although La Follette High School’s virtual mentor program came together quickly, he said, it proved invaluable, providing mentors who would check in with students and be available for chats and advice. “That’s something that post-pandemic has to be there,” he said.

Following up on this, moderator Bari Walsh from GSE asked the two to discuss what else had worked. For LaRosa, the break in the norm was time off from some of the more trivial discipline issues. “No ‘tardies,’” he said. Instead, he focused on prioritizing learning. “We have to create spaces and opportunities for students to show their full selves,” he said. “I’m not telling a math teacher to embed rap in your lesson, but it’s OK to ask, ‘What makes you smile?’ and work from student interests.”

Sometimes, he continued, those ideas come from the larger community. Neighborhood learning coordinators, for example, came up with the idea of “Turn In and Take Out,” which built on existing breakfast and lunch programs. “Food is big,” he noted. With the new program, when students join a breakout discussion room, ideally to turn in an assignment, they also got to place an order for food delivery. “How cool to turn in and get a pizza,” he said. “You talk about world history, and your food shows up, and you can eat with your class. We’re not going to get rid of that.” 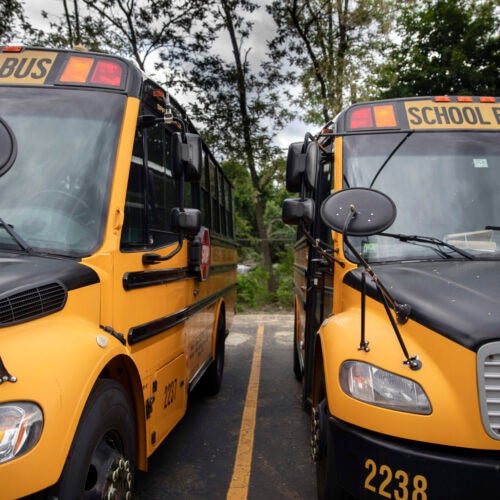 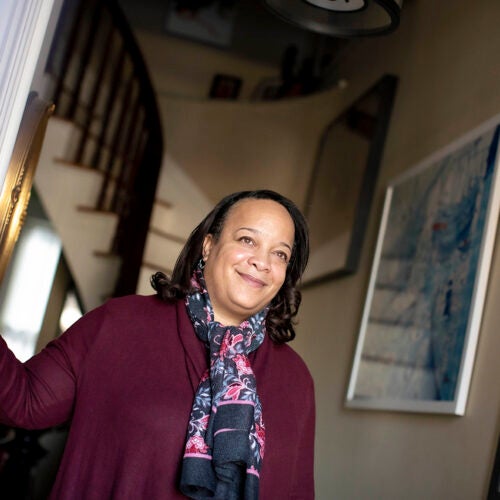 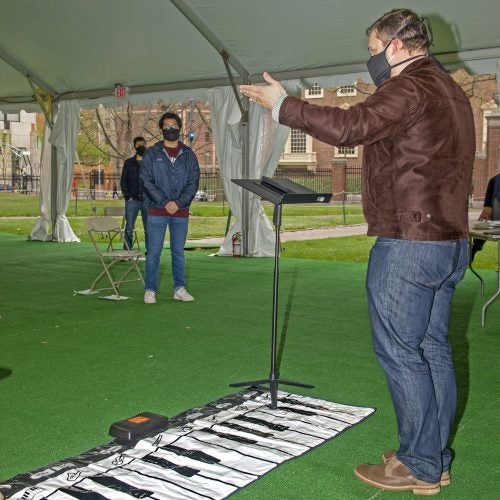 A taste of the old normal

The new technologies pioneered during the pandemic may be useful going forward, added Mehta. “Students who were bullied and introverts really liked working at home,” he said. Zoom chats, he added, appear to be “a good way for less-confident students to communicate.”

A more flexible approach to technologies can also be used to revolutionize grading. “Hopefully the pandemic has taught us something about the way we assess kids,” said LaRosa. He described a student who was struggling with access to the school’s online platform. “We talked with the teacher, and asked, ‘What else can we do? What if she just took her phone and recorded a 20-second video of what you’re asking?’

“The kid ended up getting an A on the assignment,” he said. “Let’s just think what else can happen.”

Added Mehta, “Our goal is less to put it back and more to envision it in a way that works better for everyone.”