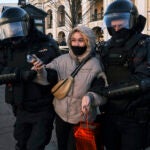 President Vladimir Putin moved swiftly to limit and then outlaw any news outlet, social media platform, or critical voice in Russia that disputed the Kremlin’s narrative about the invasion of Ukraine.

As the Russian leader throttles internet access and threatens to seize the assets of firms that don’t comply with his demands, many foreign media companies have sharply curtailed their operations in Russia. With YouTube, Facebook, and other platforms increasingly difficult to access inside Russia, how will views of the war evolve?

The Gazette spoke to Natasha Yefimova-Trilling, a former editor and reporter for The Moscow Times and field producer for the BBC. She is now news editor at Russia Matters, a project at Harvard Kennedy School’s Belfer Center that provides research and analysis on Russia and U.S.-Russia relations to policymakers and the public. Interview has been edited for clarity and length.

GAZETTE: What do most non-elite Russians know about Ukraine? Where are they getting their information?

YEFIMOVA-TRILLING: Anecdotally, what I’m hearing is that people know there’s a war on — even though, under a new law, publicly calling the military campaign a “war,” “invasion,” or “attack” can land you in jail for up to 15 years. There’s a widespread belief that in a war all sides lie and spin, and many ordinary people seem to feel that getting to the truth is prohibitively difficult, if not impossible. Russians are generally quite skeptical of any government.

According to research by the independent Levada Center last month, although Putin’s approval rating is 71 percent, the share of respondents who named him as someone they trust was only 32 percent (down from 59 percent in November 2017). As far as Russians’ perception of the global opposition to Moscow, the idea that the West is out to hurt Russia is very widespread. As one sociologist told me, the overall attitude among Russians has been that the West would find a reason to impose new sanctions no matter what Russia does. China, India, and much of the Middle East have not censured Russia the way the U.S. and Europe have.

According to Levada’s latest research on media consumption, 62 percent of Russians still get their news from TV, which is almost entirely state-controlled. That has dropped from 90 percent in 2016. Use of online sources has risen in the same period, from low- to mid-20 percent to 37 percent for social networks and 36 percent for news websites. A major hub for online news is Yandex, Russia’s largest tech company. Yandex usually runs five headlines on its homepage, and they all come from state news agencies.

GAZETTE: Do most people accept the Kremlin narrative or are they just saying that publicly? Is there a demographic, geographic, educational divide as to who believes which parts of the official storyline?

YEFIMOVA-TRILLING: Several days into the war, various polls placed Russians’ support for it at about two-thirds of respondents; sociologists I trust said they felt that was pretty accurate. They noted that this suggests a sizable minority is opposed to the war and that the scale of what was happening in Ukraine hadn’t sunk in yet. The reasons people gave in late February for supporting the war mostly reflected the state’s narrative — protecting the Russian-speaking population of the breakaway republics in eastern Ukraine, preventing the placement of NATO bases in Ukraine, securing Russia’s borders, “demilitarizing” Ukraine, and so forth.

More recently, a new polling project launched by an anti-Kremlin activist wrote that 59 percent of Russians support the war. Of those, 73 percent trust state media. Yet, the main emotion expressed in online posts analyzed for this project was sympathy for Ukrainians (30.4 percent). A lot of the state spin about Ukraine — that it’s a puppet of the West — has been dominating the airwaves for years now, so there are a lot of inherited attitudes toward both Ukraine and the West. As far as differences of opinion among different groups, sociologists are seeing old cleavages re-emerge: big cities versus provinces, young versus old, online news consumers versus TV news consumers, anti-Putin versus pro-Putin. Incidentally, high-profile political elites have for the most part doubled down on their support for the Kremlin. Years of Western sanctions have made them more dependent than ever on its carrots and vulnerable to its sticks.

GAZETTE: Are Russians becoming more informed as the war rages on, or less as Moscow outlaws independent reporting and Western social media?

YEFIMOVA-TRILLING: I can’t say for sure whether knowledge is increasing, but I suspect it is, at least in some quarters. Two factors that pollsters believe will make a difference in public opinion are the duration of the conflict and Russian losses on the battlefield. The latter played a huge role in turning Russian public opinion against the first war in Chechnya in 1994–1996, but the media environment was much freer then — a key reason Putin clamped down on the press. Now, we’re seeing pockets of real worry and anger from families of servicemen. We’re finding out about this thanks to videos recorded on cell phones. So, it’s telling that, even without prominent press coverage of the issue, the military was forced last week to acknowledge that conscripts were indeed being sent to fight in Ukraine, contrary to earlier denials.

GAZETTE: Some on state television are starting to complain about the war and deviate from the script. Is that meaningful?

YEFIMOVA-TRILLING: Too early to say. It is another reminder, though, that there is a plurality of opinion in Russia, with relatives, friends, and colleagues both quarreling and trying hard to avoid politics so as not to damage relationships.

GAZETTE: Could the closure of popular businesses like Starbucks and McDonald’s or lost access to movies or social media platforms pierce the propaganda bubble many Russians are living in? How is Putin explaining to them why this is happening?

YEFIMOVA-TRILLING: The idea that the West is out to weaken Russia and would find excuses to do so no matter what is widespread, according to polls. Indeed, based on one recent conversation I’ve had personally, the West’s emphasis on punishing Russia and arming Ukraine rather than providing large-scale humanitarian relief to Ukrainians affected by the war sometimes reaffirms this perception. And if Russians feel that they are collectively under attack — e.g., with sanctions — they may close ranks around the government no matter how much about it they dislike. Generally speaking, Russians’ lived experience has forced them to become more resourceful and resilient than those who’ve lived in relative stability and uninterrupted material comfort. Russians have survived multiple financial crises in the past 30 years; it’s not fun, but they’re not terrified by the prospect. As things get worse, however, people are certainly likely to get angrier. But polling suggests that if popular support for Putin erodes, it will not be because people blame him for causing the hardship, but because he failed to deal with it. 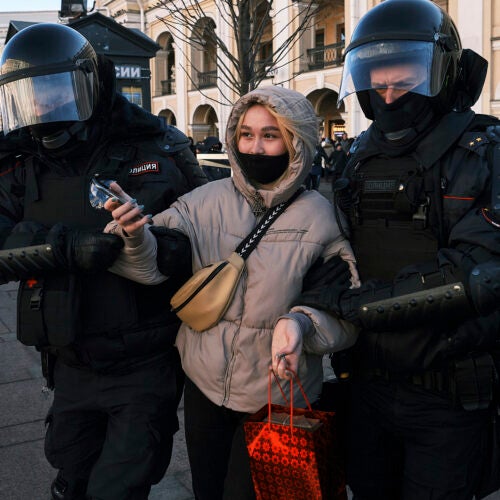 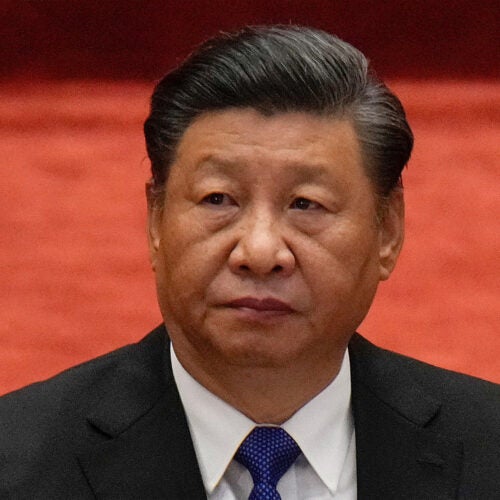