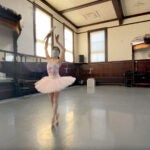 Faculty advisory panel members offer progress report on their efforts, along with those of new Vice Provost Jim Stock

In September, President Larry Bacow announced that Jim Stock had been named the University’s first vice provost for climate and sustainability, charged with guiding and further developing Harvard’s strategies for advancing climate research and its global impact through close collaboration with students, faculty, staff, and academic leadership from across the University.

Stock’s office has a bold agenda, focusing on making real-world impacts on climate and environmental issues both at Harvard and in the global community. Much of the work will be in pursuit and support of groundbreaking research, but equally fundamental is climate education and preparing students from every discipline to lead in the age of the climate crisis.

The initiative comes as the sense of urgency grows. A new scientific report released Monday by the Intergovernmental Panel on Climate Change, convened by the United Nations, warns that if greenhouse gas emissions are not reduced soon the effects of climate change could overwhelm efforts to adapt.

Harvard is ramping up its new initiative. George Sarrinikolaou was named assistant provost for climate and sustainability in January, and the University’s Faculty Advisory Committee, consisting of nine individuals from across Harvard’s Schools and departments, began convening to set the initial direction for the office.

The Gazette spoke with Advisory Committee members Jody Freeman, Jim Engell, and Dan Schrag about the timeliness of the new post, Stock’s unique qualifications for the job, and the ways the committee’s initial conversations are starting to help shape the goals of the new office. This interview was edited for clarity and length.

GAZETTE: What are your thoughts on the importance of Harvard’s decision to establish a vice provost for climate and sustainability?

JIM ENGELL: It’s a major, important step. Setting the stage broadly: As climate disruption increasingly affects every human activity and has become perhaps the most fundamental problem, aside from nuclear proliferation, that every nation in the world needs to face, it’s important for the University to gather all its research and teaching potential to address it. There’s a considerable urgency in this as well, because we have a timeframe in which positive climate action can do a considerable amount of good, whether to reduce greenhouse gas emissions or support climate adaptation. But that period of time will, to some degree, run out. There is no time to lose.

JODY FREEMAN: Building on that, the need to develop strategies to manage climate change and its impacts is only becoming more pressing by the day. Universities have a hugely important role to play in this effort. We have a lot of talent and resources to leverage to help solve a long list of scientific, social, and economic problems.

Establishing this office, with Jim Stock at the helm, represents Harvard doubling down on its existing commitment to do our part. It signals to all of our stakeholders — our students, alumni, staff, and faculty, and everyone else connected to the Harvard community worldwide — that this is a real priority for the University.

DAN SCHRAG: There’s a fundamental challenge here, which is that our goal is to have a real impact on the world. This isn’t about Harvard competing with other colleges or universities, this isn’t about navel-gazing and making Harvard great. This is about having real impact on a real-world problem that threatens all of human society and every living thing on this planet. We feel a real sense of urgency and a sense of practicality too, that might be different than in some other academic initiatives.

GAZETTE: Tell us about why Stock is the right person for the job.

FREEMAN: Jim has a unique ability to deeply understand and connect the wide variety of meaningful climate-related work going on across the University and to be a promoter and cheerleader for all that we are doing. He is a trusted partner who can help launch new programs and build new capacities.

ENGELL: I’ve known Jim for more than 15 years. Even though we’re in separate departments, we have often come together on climate change and sustainability issues.

In addition to being a leading academic and expert in his field in his own right, Jim is a person who listens well. He’s open; he absorbs things. He’s someone who tries to deal equitably with diverse individuals and points of view and to balance options and pros and cons. These are incredibly important virtues in any kind of leadership in such a complicated area as this.

GAZETTE: What can you tell us about the members of the Faculty Advisory Committee?

FREEMAN: The group is an excellent, balanced, broad collection of leaders from across the University. Our mission is to help Jim draw on a diverse set of strengths from various Schools and departments as he builds out the University’s climate agenda. Today you’re talking to just three of the nine individuals on the committee — a professor of English and comparative literature, an environmental scientist, and a professor of law. Each of us has a unique background and perspective to share on climate change.

SCHRAG: The good news is, we have a large community of faculty members at Harvard who are working in this space and already engaging with each other quite regularly. So, we’re not starting from scratch, but instead, we’re looking to accelerate the fine work that is already being done.

GAZETTE: The committee began meeting last semester. Can you talk a little about your initial conversations?

SCHRAG: Returning to this idea of real-world impact, to get there, every School, every department, every unit at Harvard has a role to play if we are going to be successful. So, we’re beginning to think about how we can be inclusive in our work guiding Jim and his team, but at the same time, have a laser focus on how to support the initiatives and programs that will make the biggest difference. There will be tough decisions to be made on which research to support and which challenges to go after. Jim has a big job in front of him.

ENGELL: I’d add that we are already going out and contacting some of our colleagues in these various spaces at Harvard that Dan is talking about. Thus far I’ve invited a dozen or so colleagues in the arts and humanities who have subsequently met with Jim. So, I think to some degree, every member of the Advisory Committee is not just a member of that committee, but a point of contact for yet other faculty within the University. We, as Advisory Committee members, are representing more than our own ideas, but also those of our diverse colleagues.

GAZETTE: Have you begun to discuss how to define the goals of the office and what success could look like?

ENGELL: I think we all agree that supporting research that will yield practical and useful climate solutions is our biggest goal. We want to help launch projects that will have concrete benefits to the planet, like reducing greenhouse gas emissions or addressing climate equity, and doing so as quickly as is feasible, and in a way that creates more jobs than it destroys.

Augmenting climate education is another key piece of what we’re trying to achieve. Working with our colleagues across the University, we want to find new ways to equip our students to be leaders on climate change, no matter which sector they work in: public, private, or nonprofit.

We need to promote climate education, not just within the University but also in a public-facing way. To this end, Jim’s office has already established the Committee on Climate Education to begin to propose ways to do just that. In fact, they’ve begun meeting as well (look for a conversation with the Committee on Climate Education’s co-chairs in this space in the coming weeks).

Harvard is already playing a significant role in climate research, and we really want to supercharge that and concentrate on ideas that will broaden the impact.